Kunst & Revolution (Art & Revolution) was the name of the action that was performed at the University of Vienna in 1968 that ended up becoming one of the most famous happenings of the Austrian post-war period. Having scandalized the Austrian society and government, three of the artists that had participated in the performance –Günter Brus, Otto Mühl, and Peter Weibel– were summoned to court. Brus was sentenced to prison for six months, but he fled the country.

Like most of the actionists, Otmar Bauer was also present that day. A year later, he would perform his most famous action, Otmar Bauer Zeigt, better known as Vomit-Action. Zeigt remains one of the most radical works of Viennese Actionism –a performance during which Bauer drinks, vomits, eats, urinates, and wallows in his own effluents, without showing the slightest consideration for himself or the audience.

Birth of Venus by Moucle Blackout is more relaxed, but no less offensive. To three songs by The Beatles and in free association with the eponymous Botticelli figure, Blackout combines symmetric cuts of pigs (using a mirror effect) with portraits of different people and pictures of dancing women.

Albert Sackl’s Steifheit 1-3/7 (Stiffness 1-3/7) is a serial conceptual long-term project about masturbation. Every ten years, a naked Sackl sits in front of his 16mm camera and tries to keep an erection for around four hours. The resulting footage is then compressed into a 3-minute film through time lapse and single image recording. To this date, 3 of the 7 episodes that Sackl plans to create have been completed. The project, which may, at first glance, look banal and chauvinistic turns out to be a humorous self-deconstruction that incidentally happens to offer an overview of the history of pornography through the lens of its reception by the viewers.

Mara Mattuschka is one of the most outstanding representatives of Austrian avant-garde filmmaking who had already caused a stir with her alter ego Mimi Minus. Her films are well-known for her extreme high and low angle shots, with shifts in perspective with which she modulates the appearance of the filmed bodies and faces (an evident reference to Viennese Actionism). Her sexual desire points in all directions, including the Eiffel Tower in Paris.

In Couples, Maria Lassnig combines animation techniques and real image to depict bodies that don’t always wish to fit into one another. This footage is paired with short and repetitive but hilarious episodes that portray a failing love affair. Cmelka, in turn, rubs cream on her body affected by neurodermatitis in a film in which the artist’s very skin fuses with the skin of the film strip.

For Ashley Hans Scheirl, whose works with Jakob Lena Knebl have been selected to be featured at the Austrian Pavilion for the Venice Biennale 2021, super 8 has been one of his favorite artistic tools since the very beginning of his filmmaking career. The films he made in collaboration with Ursula Pürrer in the 80s show a strong commitment with the queercore and punk movements. His work materializes positive sexual energies that denounce the bourgeois judgmental and moralist perspectives while celebrating sexual pluralism. This hedonistic subculture is particularly present in Summer of 1995, directed in collaboration with Jason Elvis Parker –the film, which captures the drag king fever that was raging in London at the time, takes us on a trip with Scheirl’s lovers and friends from the international scene of queer and transgender artists. 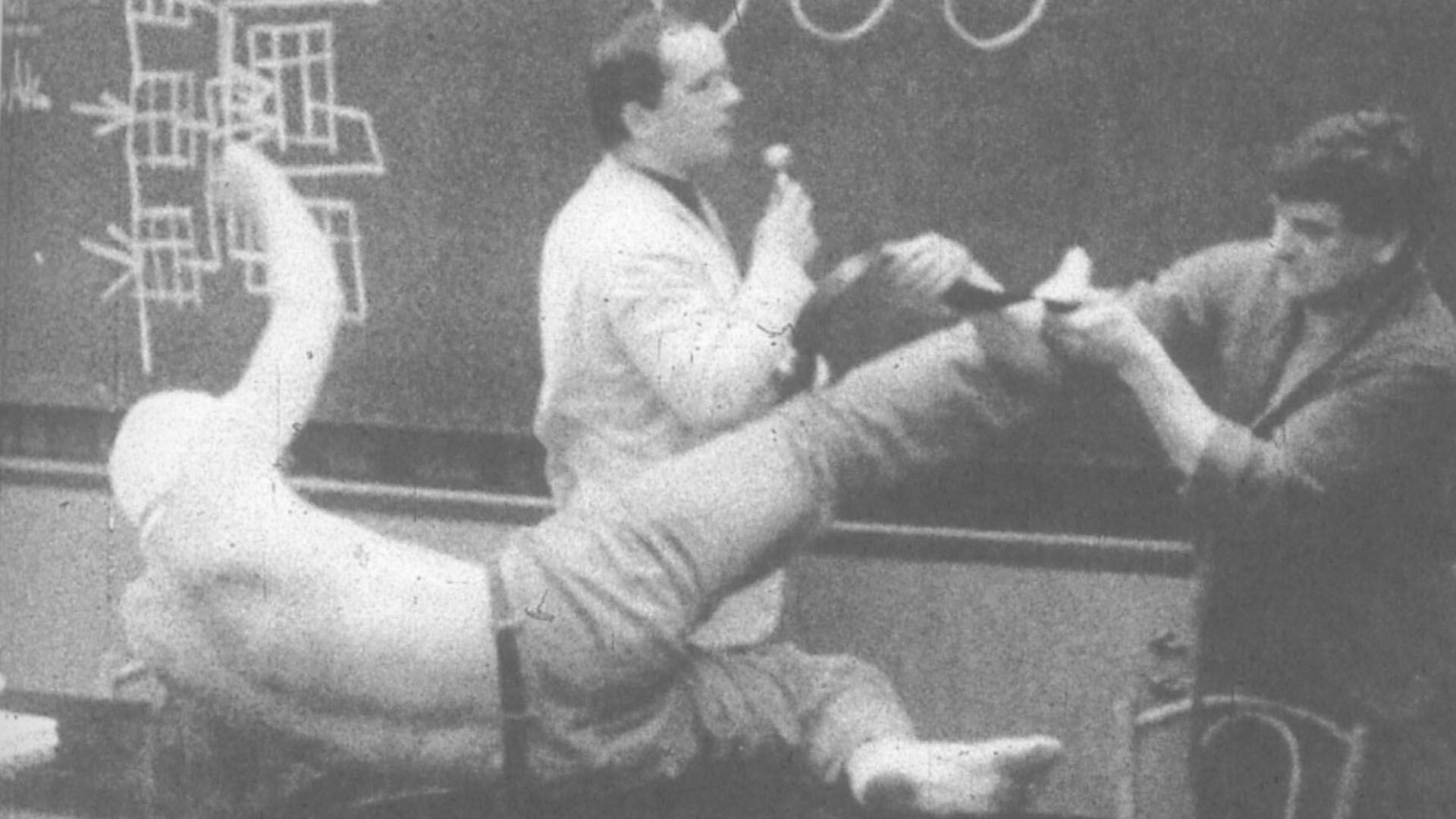 Actions by Günter Brus, Otto Muehl, Peter Weibel, Franz Kaltenböck, Otmar Bauer, Herbert Stumpfl, Anastas, Oswald Wiener, and an unidentified masochist. Experimental documentary film about one of the most famous happenings by the Viennese Actionists, which includes real footage from the event. Having scandalized the Austrian society and government, the happening led to multiple attacks by the press and ended up with Otto Muehl and Günter Brus summoned to court. Oswald Wiener was forced to flee the country. 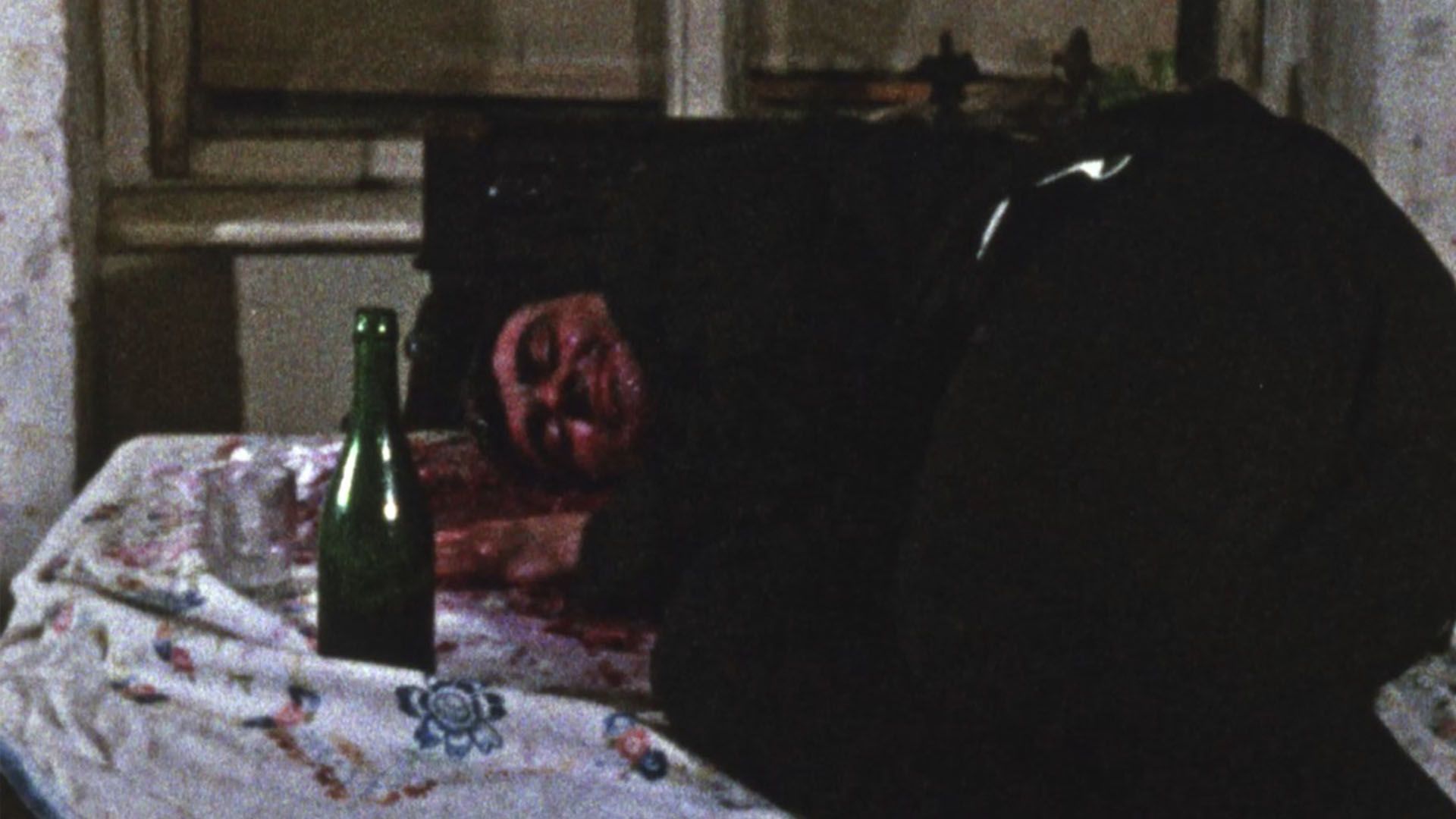 One of the most radical works of Viennese Actionism –a performance during which Bauer drinks, vomits, eats, urinates, and wallows in his own effluents, without showing the slightest consideration for himself or the audience. 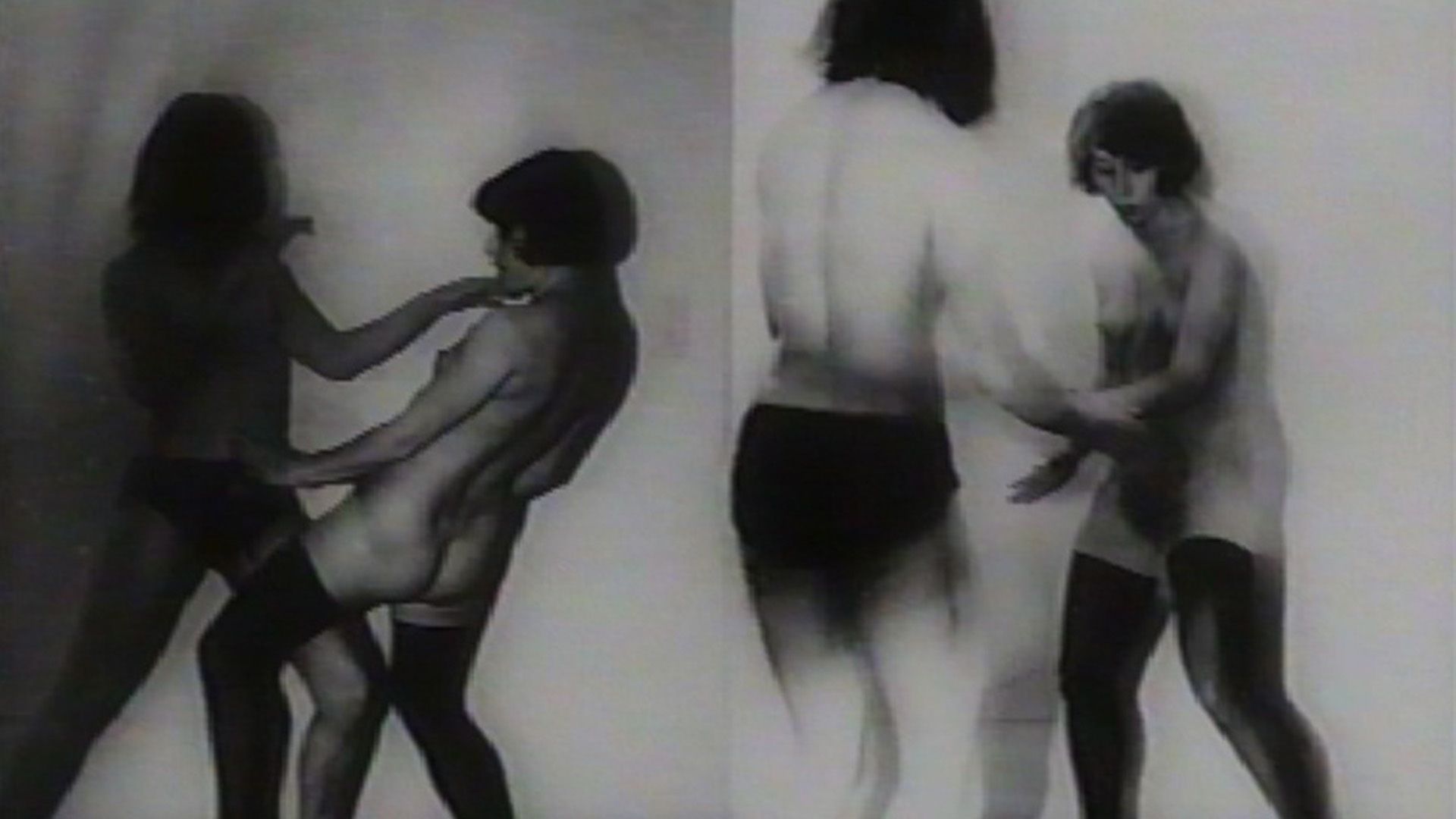 The basic material consisted of about 30 photos showing some close friends, and a dead pig we had found on a road. The pictures of the pig are used as a symmetric motion-montage. I took proper and left/right-inverted photos which are moved back and forth symmetrically over the central axis. The introduction-scene shows Botticelli’s Birth of Venus, cross-fading the figures at both sides and following the title, also Venus with a symmetrical pig-montage. A detail of B.´s picture appears at the end of the film on a wrapper of a lavoratory-deodorant (snif). Three Beatles songs emphasize the performance with their lyrics. (Moucle Blackout) 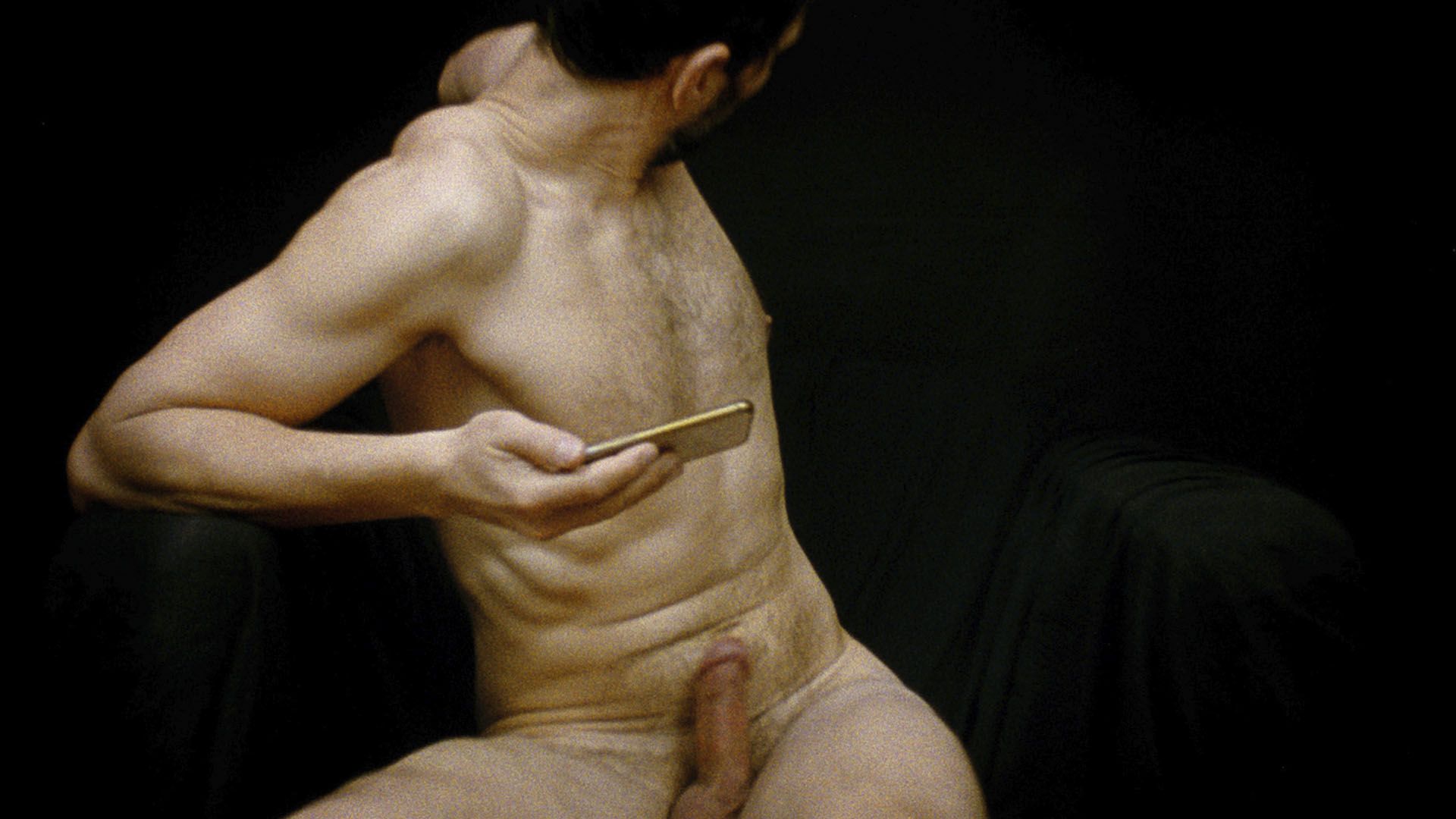 Every ten years, the filmmaker Albert Sackl sits naked in a black space in front of his camera, which he lets run on time lapse —shooting frame by frame, for around four hours each time, to arrive at a scant three-minute film—until all 4,000 frames of a standard 16mm roll of film have been shot. The basic idea (and not so simple challenge) involves maintaining an erection for hours through the energy of friction, which (spoiler alert!) is not always possible. The complete title of the now three-part work, Steifheit 1–3 / 7, is very optimistic: it makes clear Sackl´s resolution to extend his experiment across six decades to seven parts (or, in other words: to keep it up); accordingly, he plans to record the final part of the project in 2057. At this time, he will be exactly eighty years old, and the final work around twenty-one minutes long. The self-survey takes its course. (Stefan Grissemann) 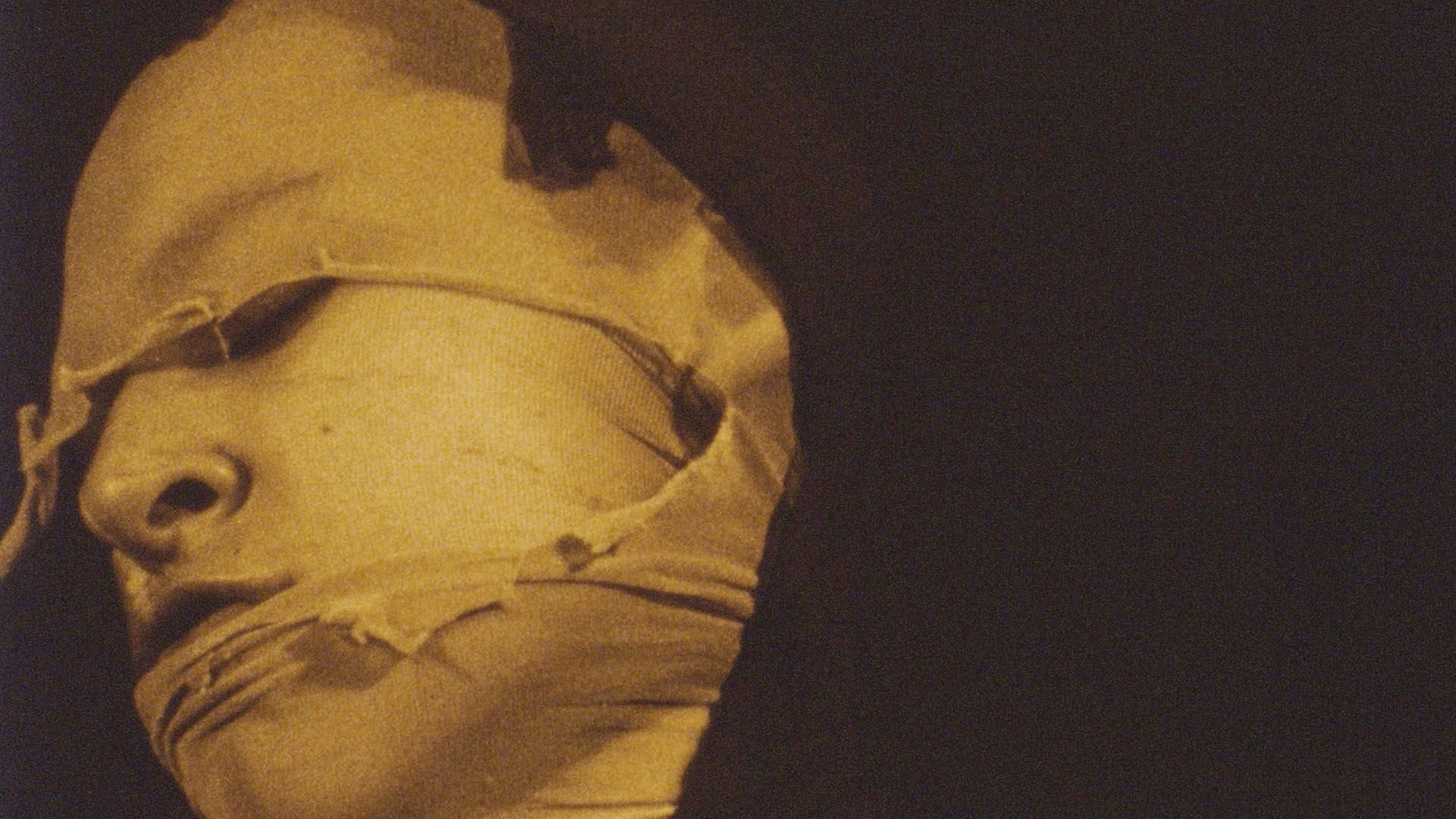 In Navel Fable Mara Mattuschka subjects herself to a second birth through endless pairs of tights. Her body struggles so hard and in such a deformed manner from out of the layers of nylon that the sheer struggle for survival becomes visible. (Peter Tscherkassky) 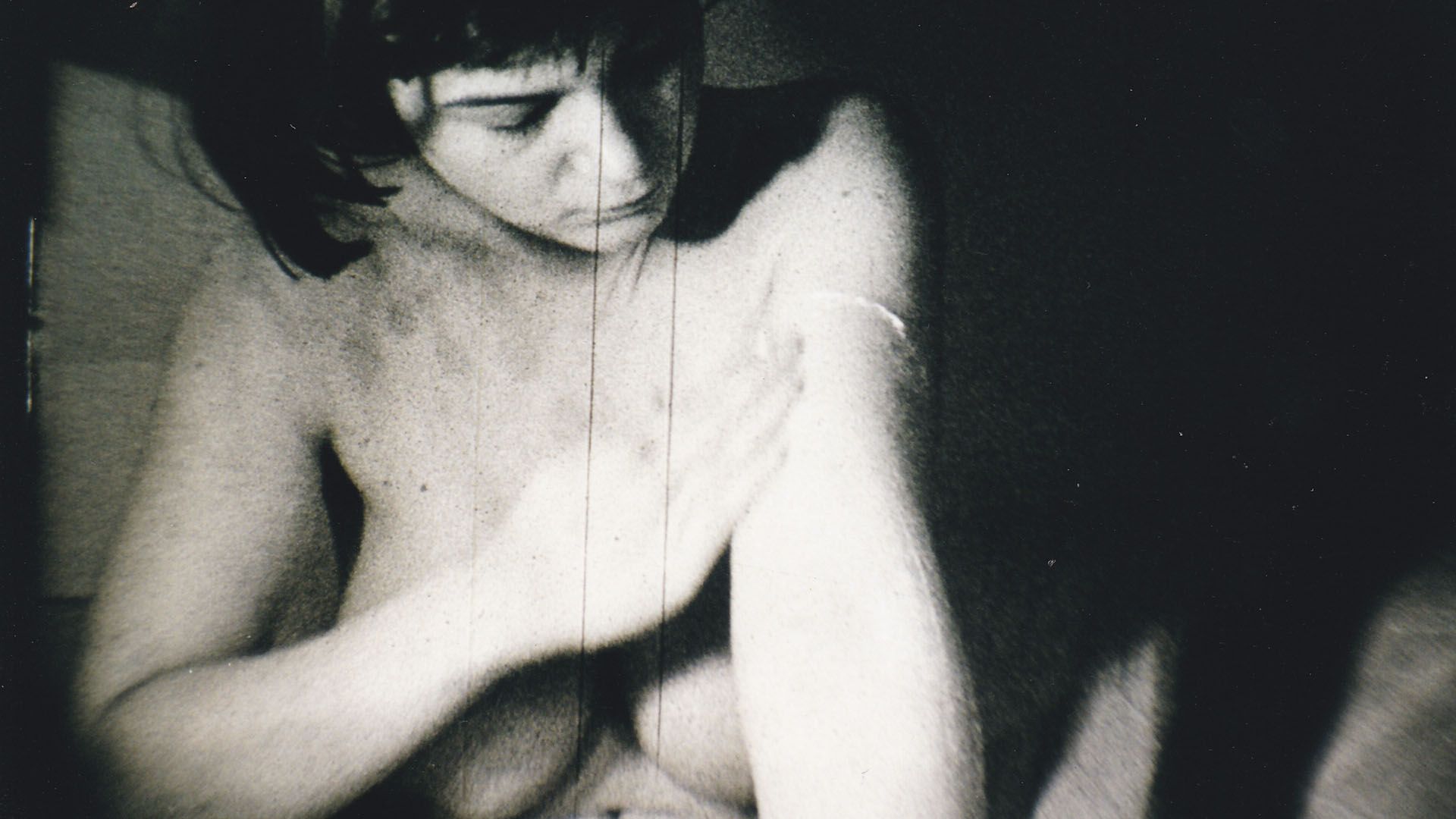 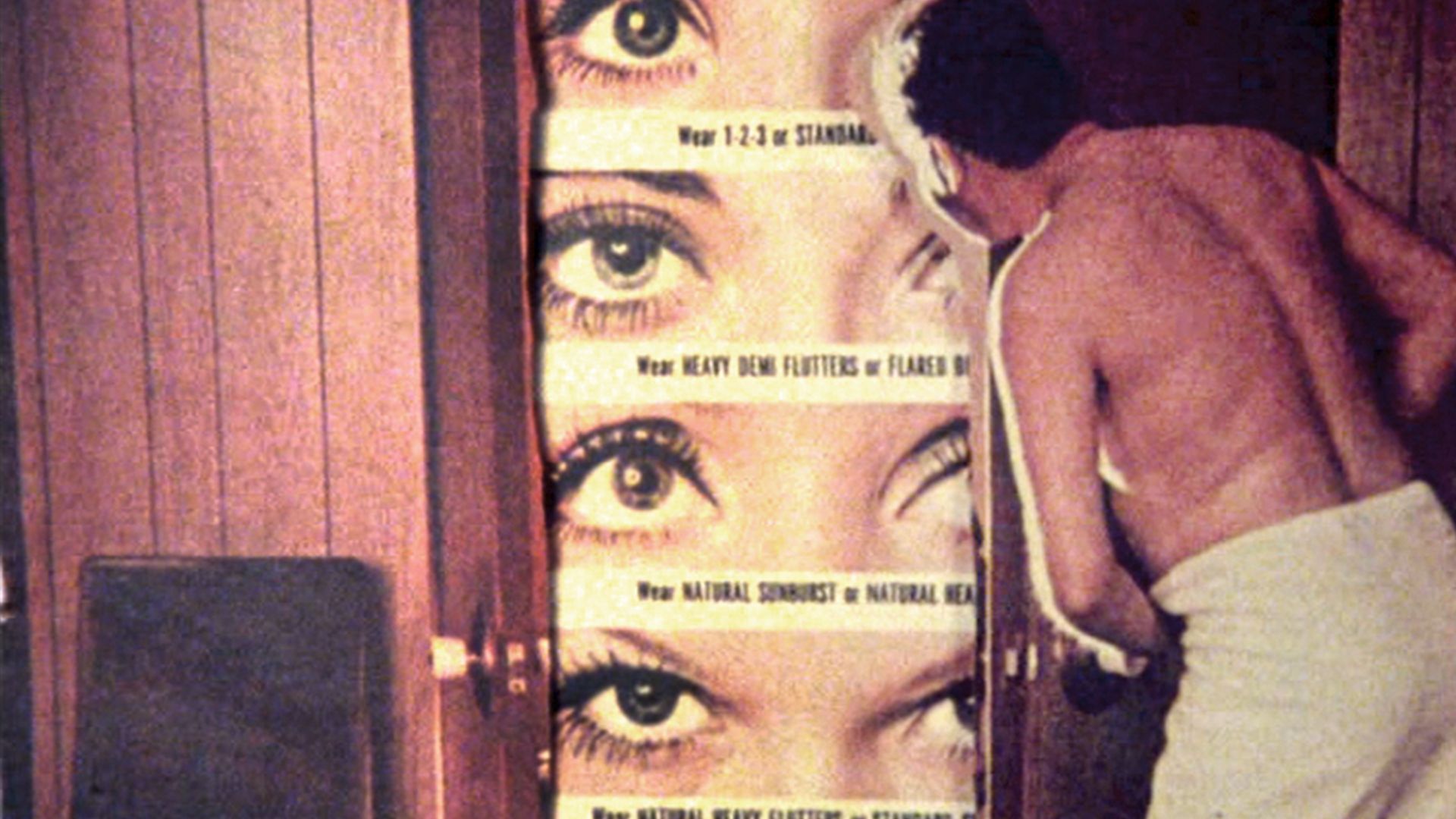 The tone is lyrical, the voices are real, the bodies are sketchy: A couple talks on the phone and in bed (a casanova and his victim). “You helped me, you made me strong, but you can’t blame me for anything. When somebody loves so blindly, they pay with their life.” (Maria Lassnig) 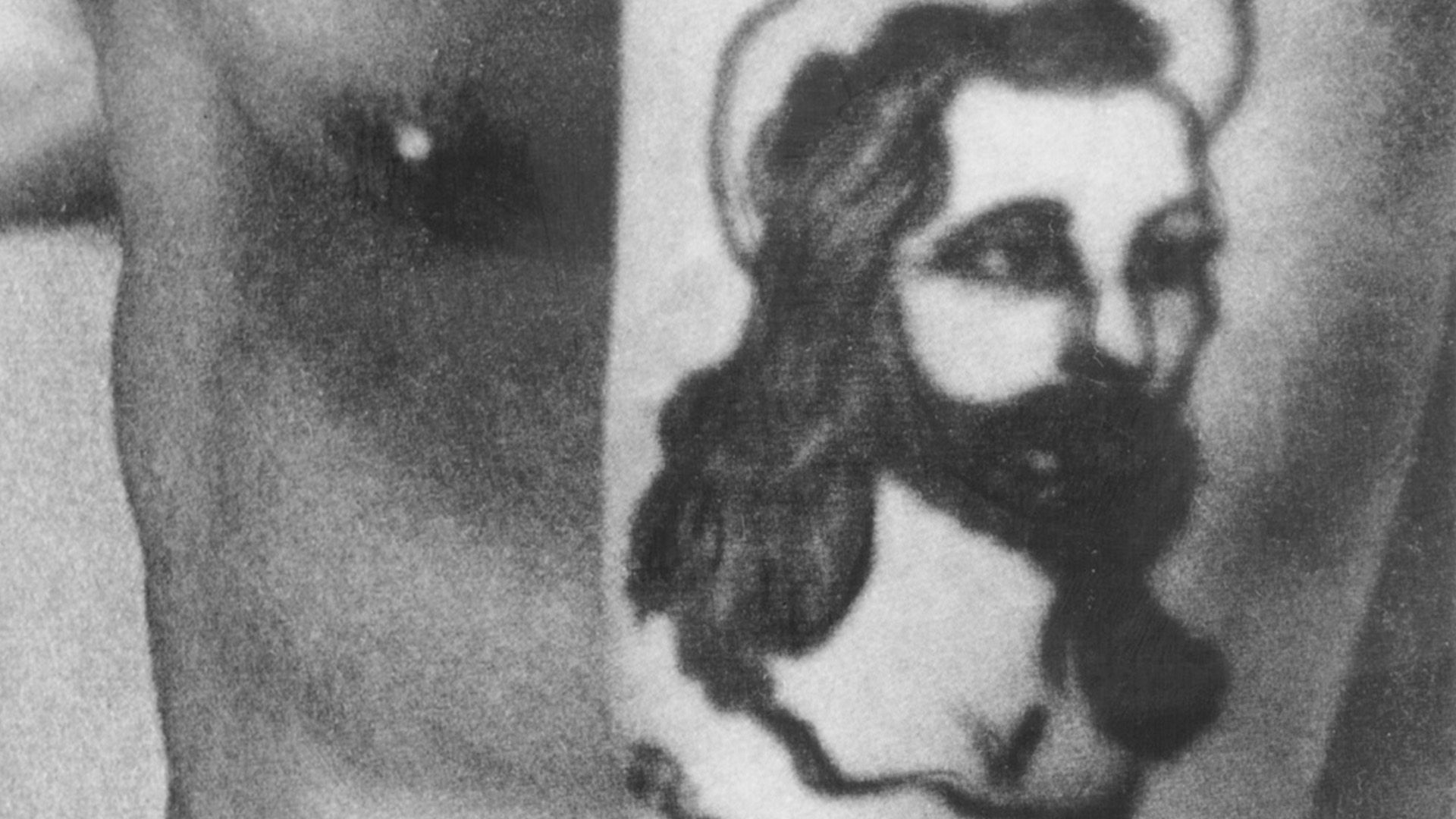 Changing reality into reality. But don’t ask me what turns into what. No points, no questions. Coming closer. Loving to see. Seeing lovingly. Dancing. Can dancing be sad? Okay, no questions. A dead friend. (Hans Scheugl) 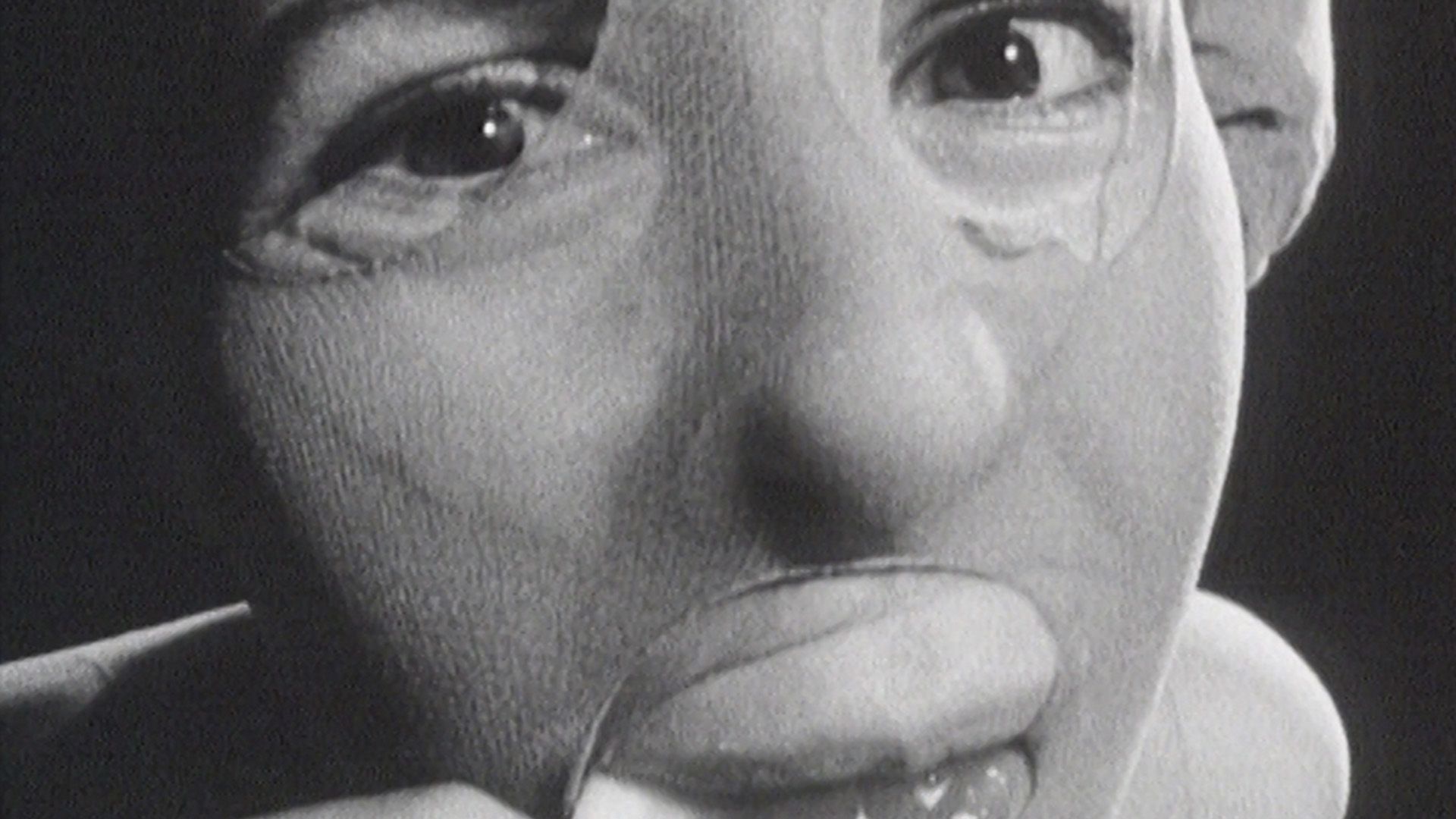 A visit from outer space. The short-sighted giantess “Extra Terrestria” goes on a devastating sightseeing-tour around the world. 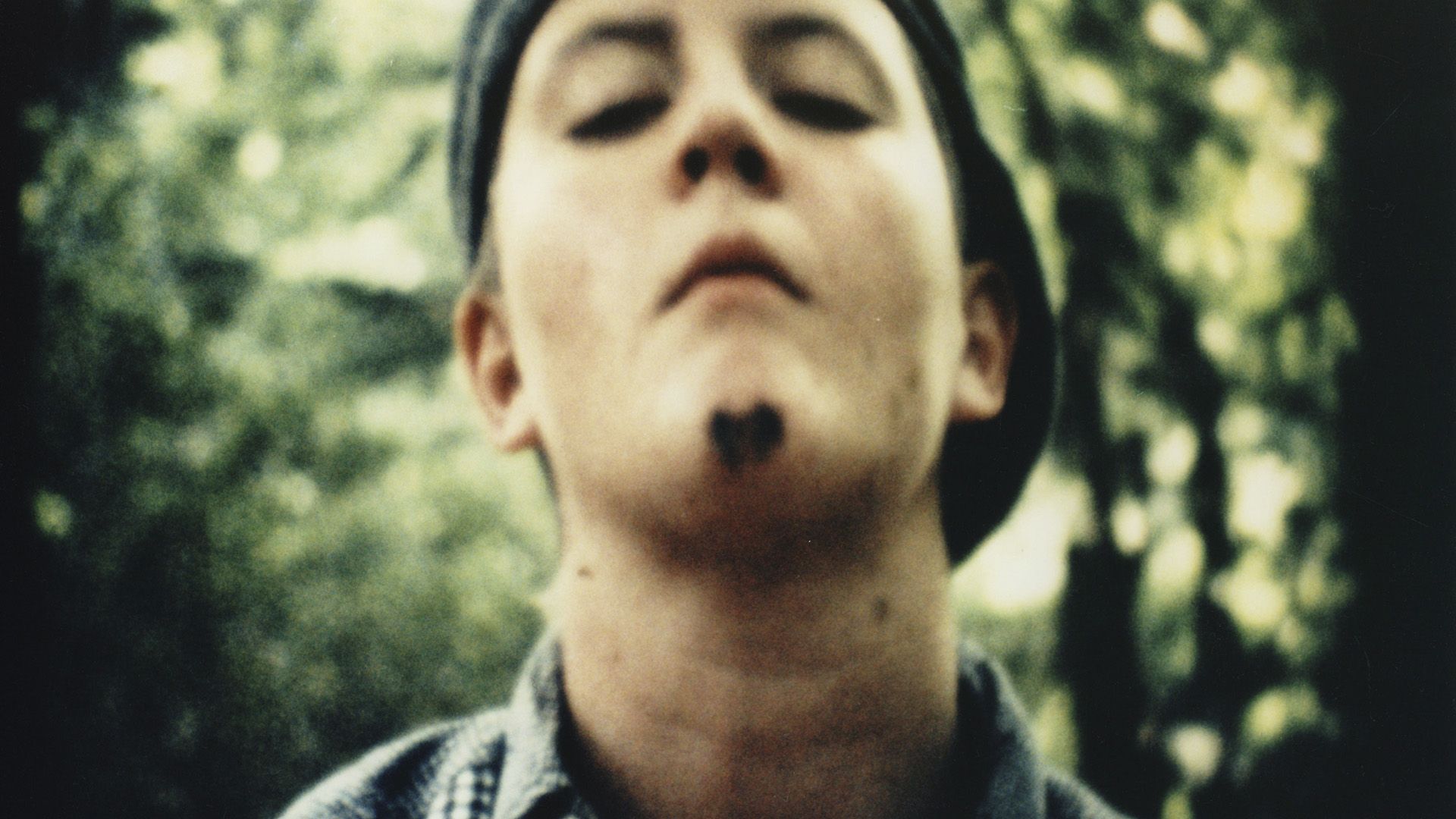 An eventful summer: London in drag king fever! The dustydaddy dandydyke [email protected]@s are meeting at the Dandy Dust Factory. Hans and Svar are driving to Scotland. Then Hans travels to California and is photographed by Cathy. They create a new persona: “the dirty old man” with a new grey moustache from the movie shop. On his return Hans finds Jason with chickenpox. This doesn’t stop Jason and Svar from performing at the “T-parties”. The second part (Nirvana) shows the events from Jason’s point-of-view. (Ashley Hans Scheirl)

By means of precisely timed visual or acoustic interventions Mattuschka creates a filmic distance to her performance. This is done in a particularly impressive manner in the two-minute miniature The Pleasure is Mine. A nude Mimi Minus engages in autoerotic activity while the camera distances itself, in leaps and bounds, to the point that Mimi´s white figure is tiny and eventually disappears in a glaring, high-contrast mountain landscape. (Christa Blümlinger)