In recent years, on the days running up to the festival, (S8) has included film days in its programme for publicly-run schools with the aim of expanding the festival’s scope, bolstering its commitment to training and creation among new audiences.

In May 2022, the Domus-Casa del Hombre museum in A Coruña hosted several special programmes for state schools in different cities in Galicia. There was a series of screenings for girls and boys between the ages of 10 and 16 made up of four sessions in the original version, presenting films with themes ranging from social issues to caring for the environment, while also showing works with an experimental narrative. Through these films, some of them told from the perspective of the very same children appearing in them, young viewers are given the opportunity to see the reality of their peers in other countries and contexts, and to learn about other languages of cinema. 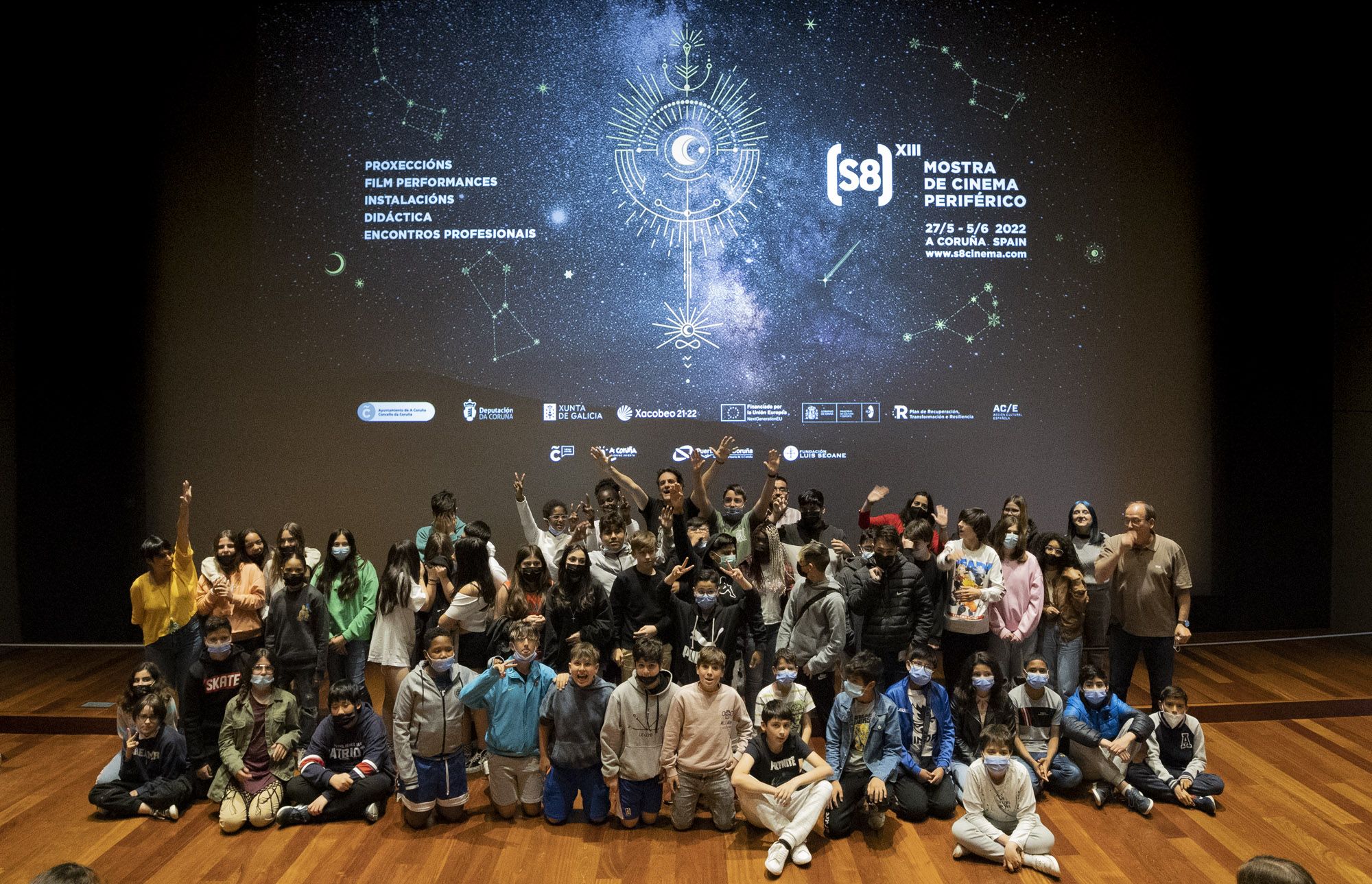