Sala (S8) Porto | Friday June 3rd | 4 p.m. | Free entry to all venues until full capacity. It will not be possible to enter the venues after the screening has started. 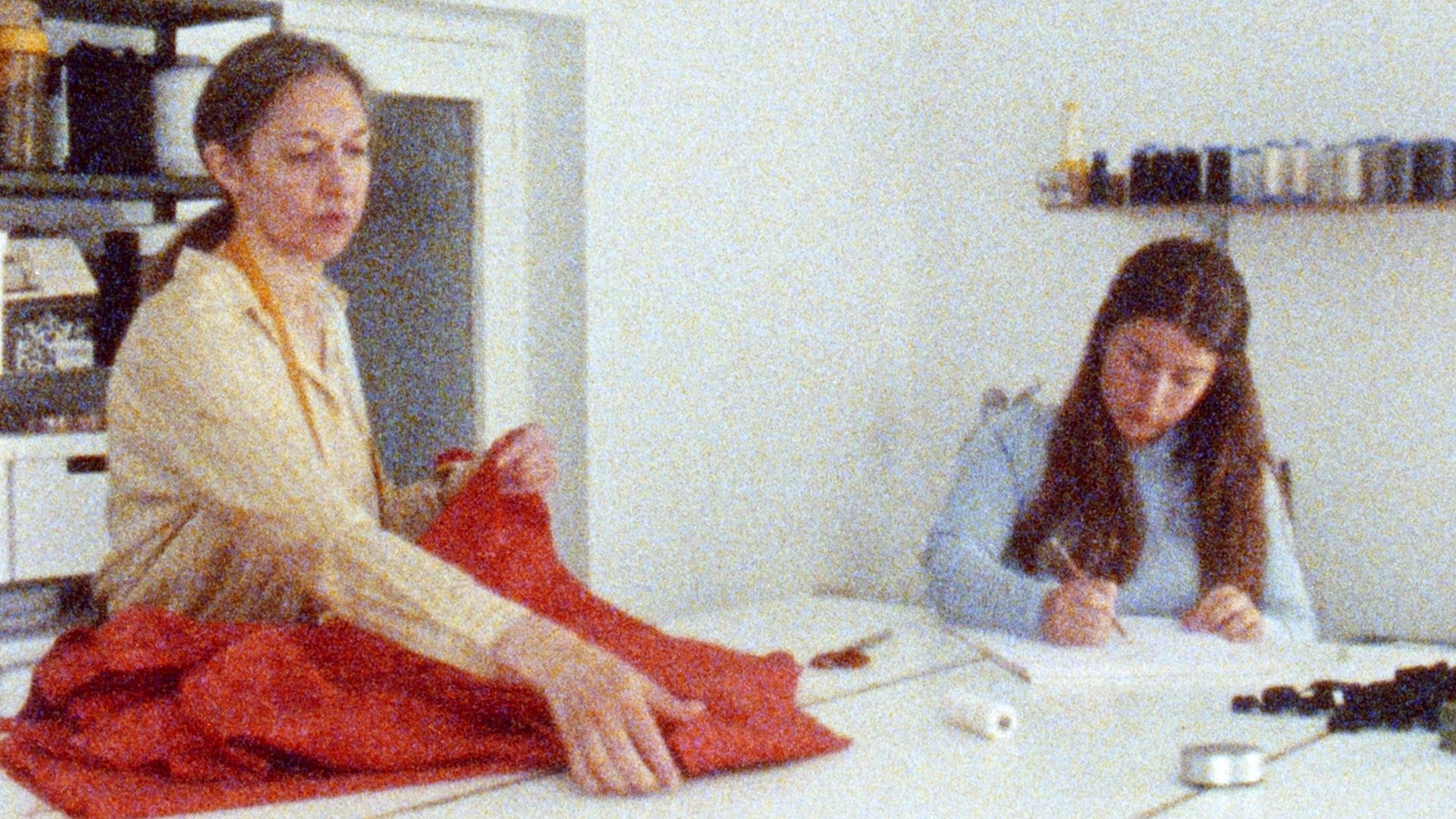 In the days before the local saint’s day festivities, workers from different sectors create some of the elements that will become a part of the “human phenomena” fairground stalls for this season. Inside them, people with non-normative bodies have been exhibited since the mid-nineteenth century. This film, which was shot some time in the spring of 1980 but loses itself in a collapse of past and future times, reflects on the normalisation of violence based on the construction of otherness in this context of a fairground stall; time that traces the vestiges that this spectacle-making has left in the regime of the contemporary way of seeing things. (NUCBEADE) 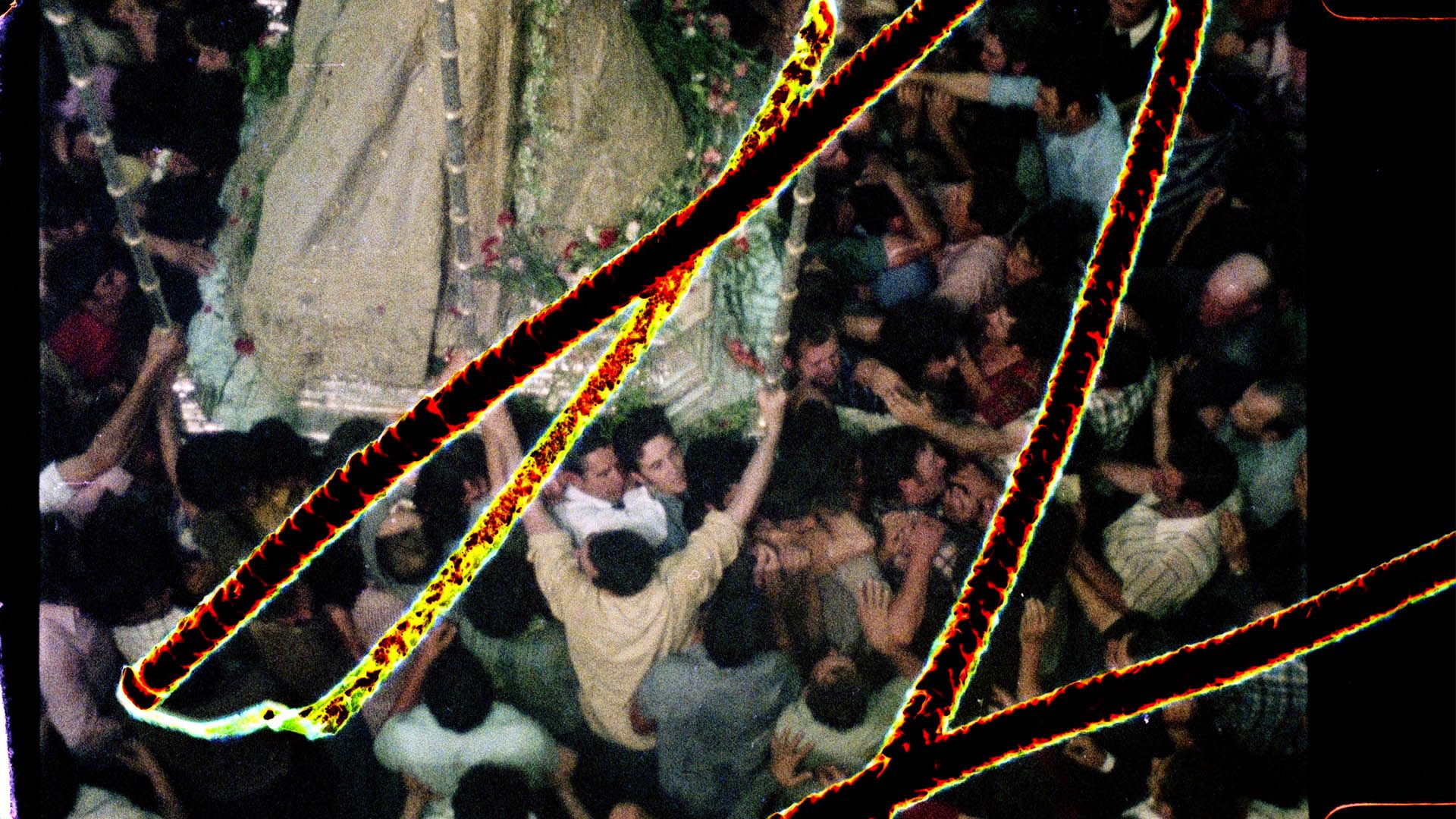 In 2016 we visited the Spanish Film Library to find information about the documentary Rocío, which had been censored in the early 1980s. Among the materials deposited in its warehouses were 260 rolls of 16 mm negative. They were discards from the editing; the footage that was left out of the final version. The forgotten images of a banned film come to life on the screen after forty years. (Concha Barquero, Alejandro Alvarado) 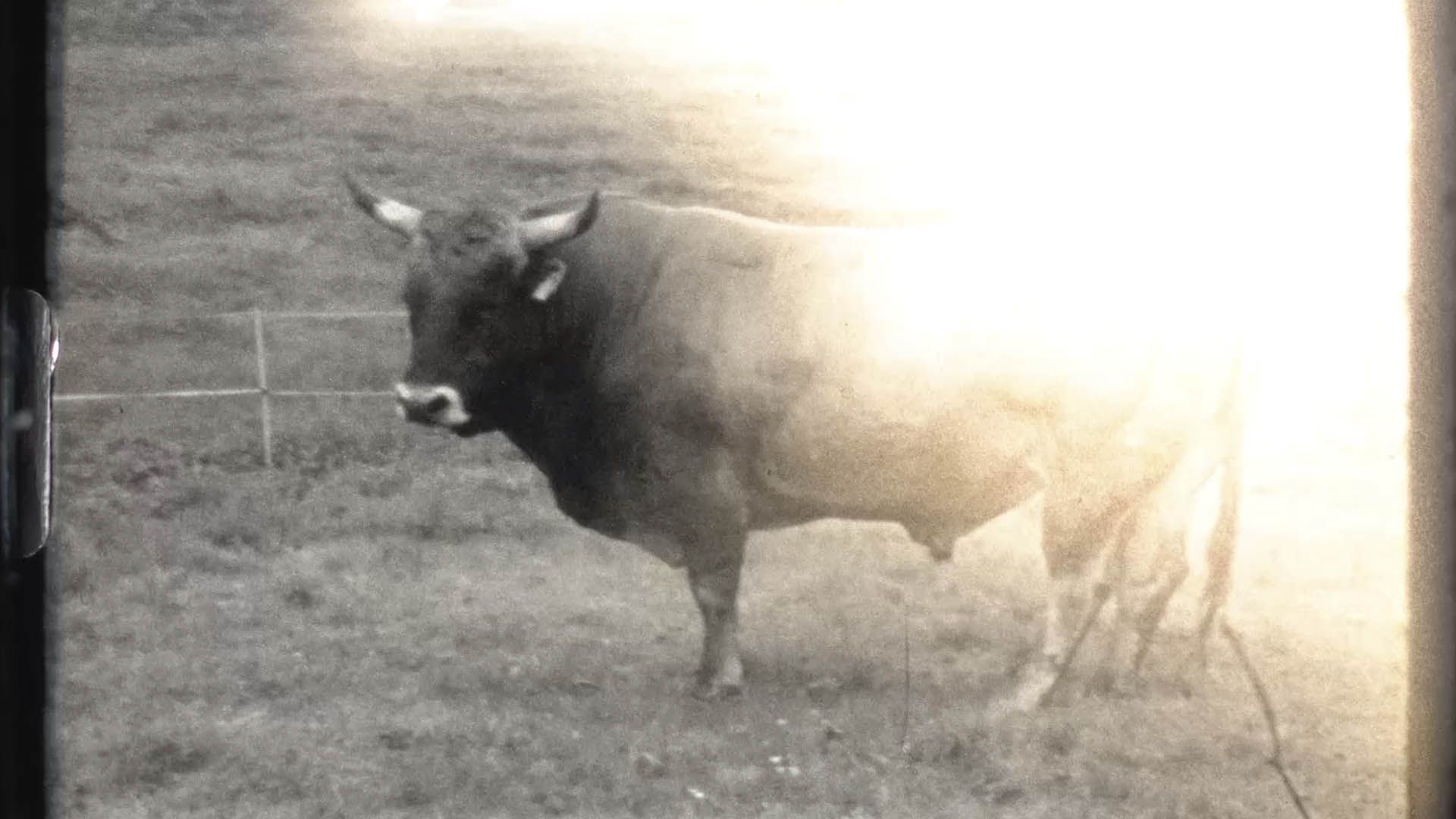 The filmmaker’s proposal for Videograms. A propósito de Compostela, is an initiative from NUMAX backed by the Xacobeo 21 fund from the Xunta (regional government of Galicia). Jaione Camborda, armed with a Super 8, offers a very personal approach to the rural environment of the Galician capital. 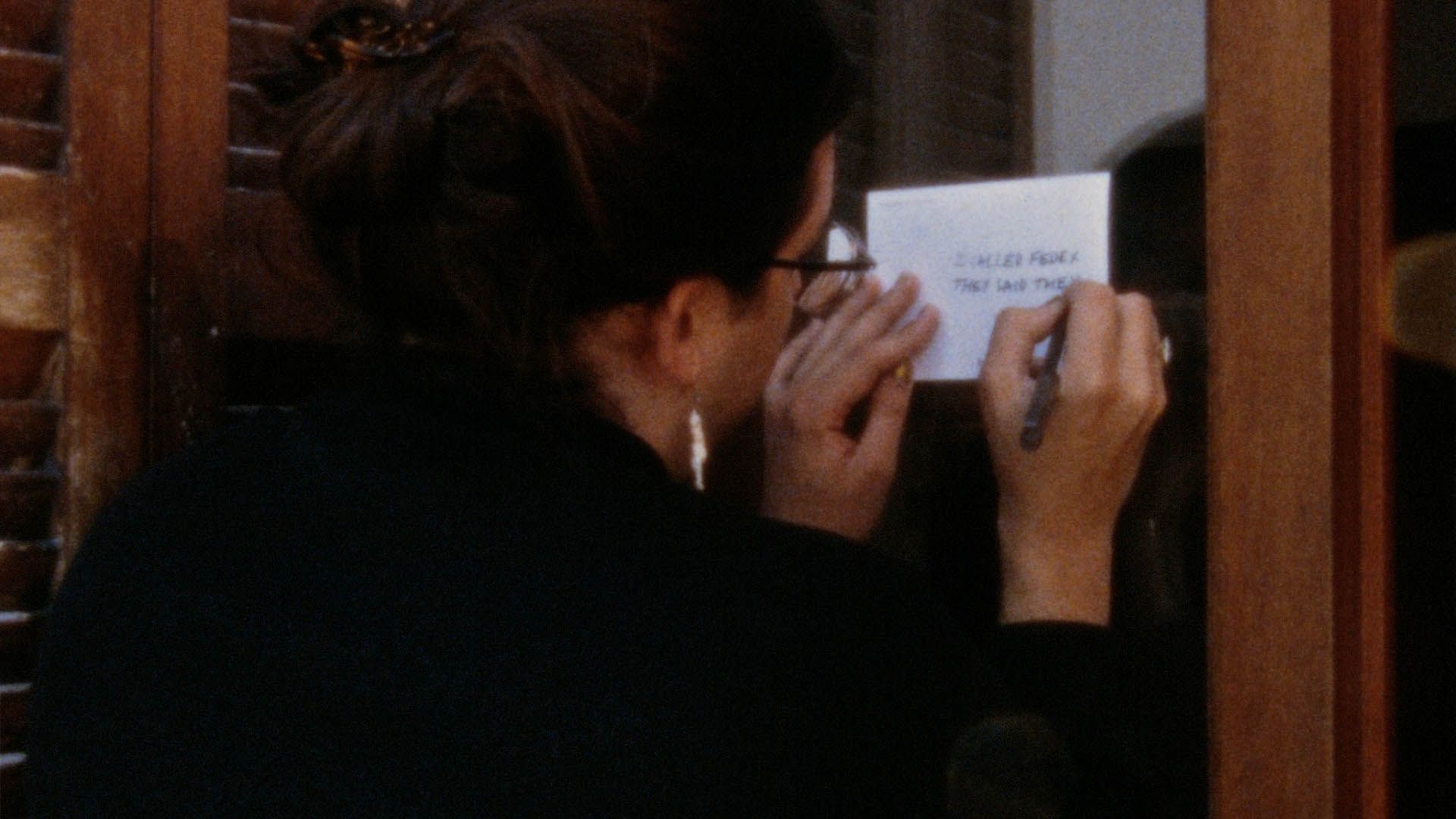 It is a collage of various correspondence exercises that were carried out during the COVID-19 lockdown. Inspired by first-aid manuals and unlikely stories about deliveries, we embark on an ironic investigation into new ways to transport our bodies closer to our loved ones. (Helena Estrela) 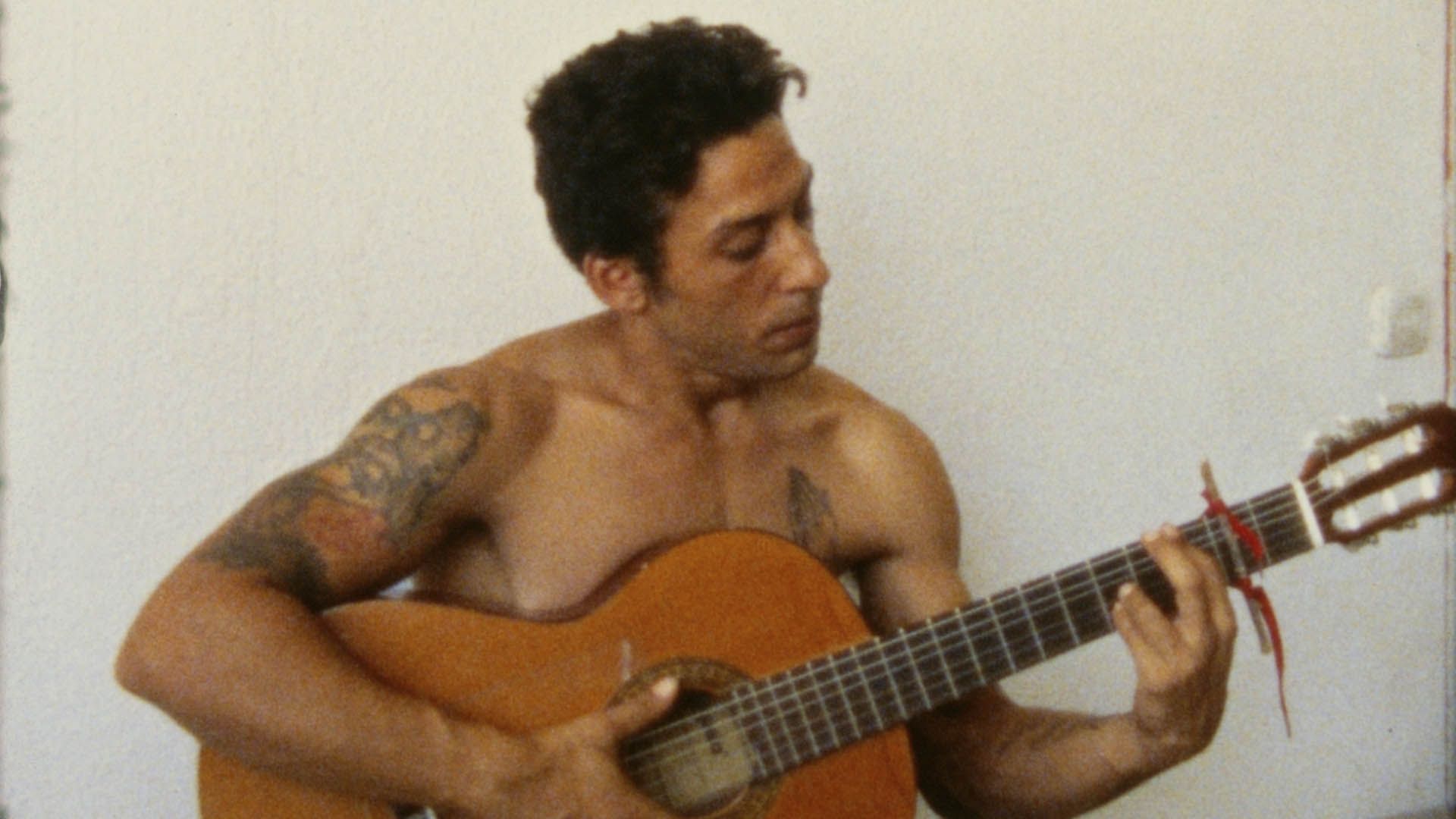 This movie is child’s play; it is also the diary of a summer, a gift between friends, a love letter, a family portrait, a song… Filmed in Super 8 during the summer of 2021 in Seville, together with Sindi Borja and Manuel El Popeye, the film is not a finished piece, but a process that continues to date. (Álvaro Feldman)

EXPERIMENTING WITH THE EXPERIMENTAL

The visual art of the present and the future being created by new filmmakers from new generations no longer works with the parameters of the original avant-garde or experimental cinema, but rather questions and breaks them. We are living in the era of over-excitement, of the moment, of fusion. New cinema crosses borders in seconds; it is in a state of constant change and exchange.

That is why in (S8) we understand that our section SINAIS had to address this reality. This section, formerly dedicated to Galician filmmakers, is opening up for the first time this year to the national sphere, thus seeking a dialogue between the newest, most interesting pieces made in Spain. In doing so, we can see how these artists coexist, communicate with and complement each other, naturally creating a discourse and a way of working characteristic for its speed and its constant renewal and research.

The second block of Sianais hosts works of a more documentary nature, in which aspects such as love and violence are dealt with from different, unconventional points of view. A cinquito, con derecho a tocar (A card came, with the right to touch), by NUCBEADE (Quiela Nuc and Andrea Beade), is entrusted with opening the session. This is a film that talks about fairground stalls, grievances, normativity, the normalisation of violence and the construction of a gaze. On the other hand, in Descartes (Discards), Concha Barquero and Alejandro Alvarado salvage footage censored in 1980 from the documentary Rocío. The forgotten images of a banned film come to life on the screen after forty years. Jaione Camborda is an expert in finding beauty in minimal, simple things. She returns to Super 8 in this animal Videogram starring two oxen that fill out the shot and triumph with their gestures and their gaze. Transportation Procedures for Lovers is a stroll hand-in-hand with which Helena Estrela takes us with her into her intimacy. It is an accumulation of moments, sensations and thoughts; a reflection on the best methods to get closer to those we love. Block 2 of Sinais ends with La Tarara by Alvaro Feldman, a piece that touches one’s soul. This work, filmed in Super 8, uses a montage to invite us to dance in order to show us something so simple yet so real as love in all its forms. (Aldara Pagán)