Sala (S8) Porto | Wednesday June 1st | 8.30 p.m. | Free entry to all venues until full capacity. It will not be possible to enter the venues after the screening has started. 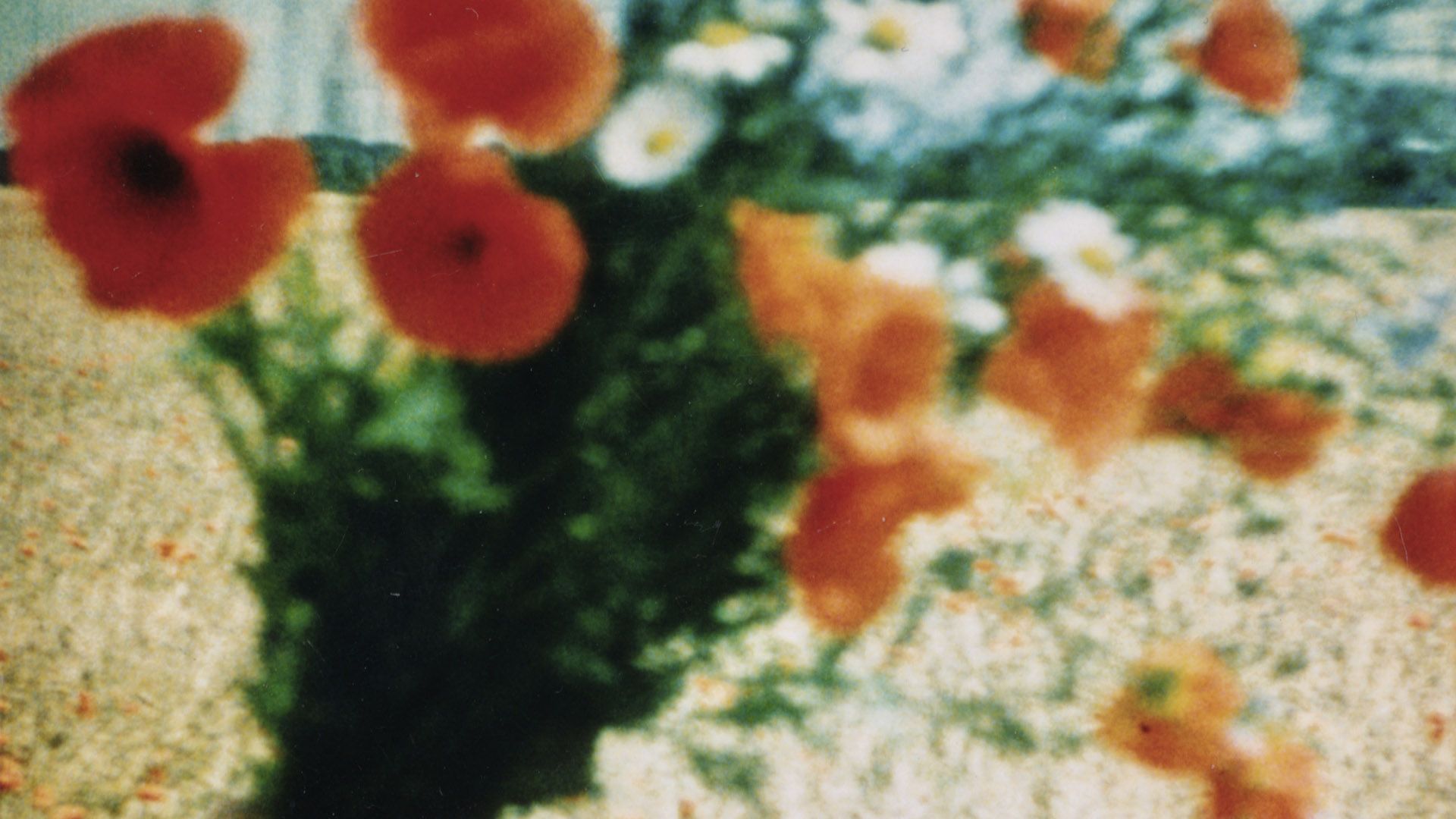 A portrait of the filmmakers Bärbel Freund and Karl Heil like a song in its changing verses; the locations were chosen according to the mood and season: in spring, in snow, in Venice, in the flat, alone and together. (Ute Aurand) 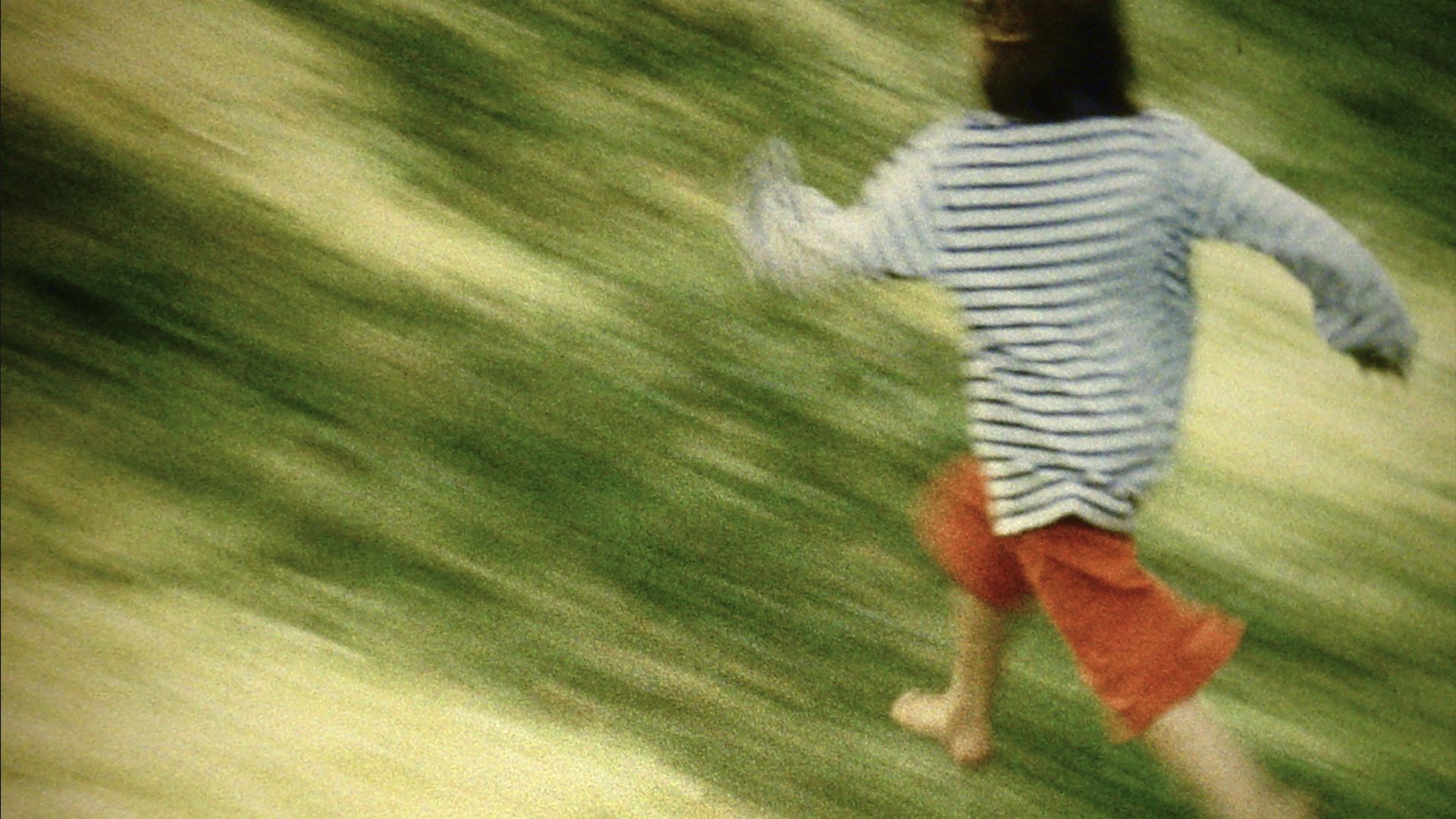 Glimpses of my life. Friends, snow, two tulips, skaters on the frozen lake of my childhood, balloons in the morning sun, my godchild Paulina running up and down the hill, Ulrike’s 50th birthday on the Baltic Sea, my desk in November 2003. I collect these moments, mostly edited in the camera while filming and later put together in a new order. Each retains the immediacy of the first impression, one next to the other. “Halbmond is like a meandering river,” a friend said, “without a beginning or an end”.

A portrait of my filmmaker friend Renate Sami. Filmed in spring and autumn at the Lietzensee-Park in Berlin and at home sewing and reading some lines from Stilleben (Still Life) by the Austrian writer Friederike Mayröcker, whom she likes so much. (Ute Aurand) 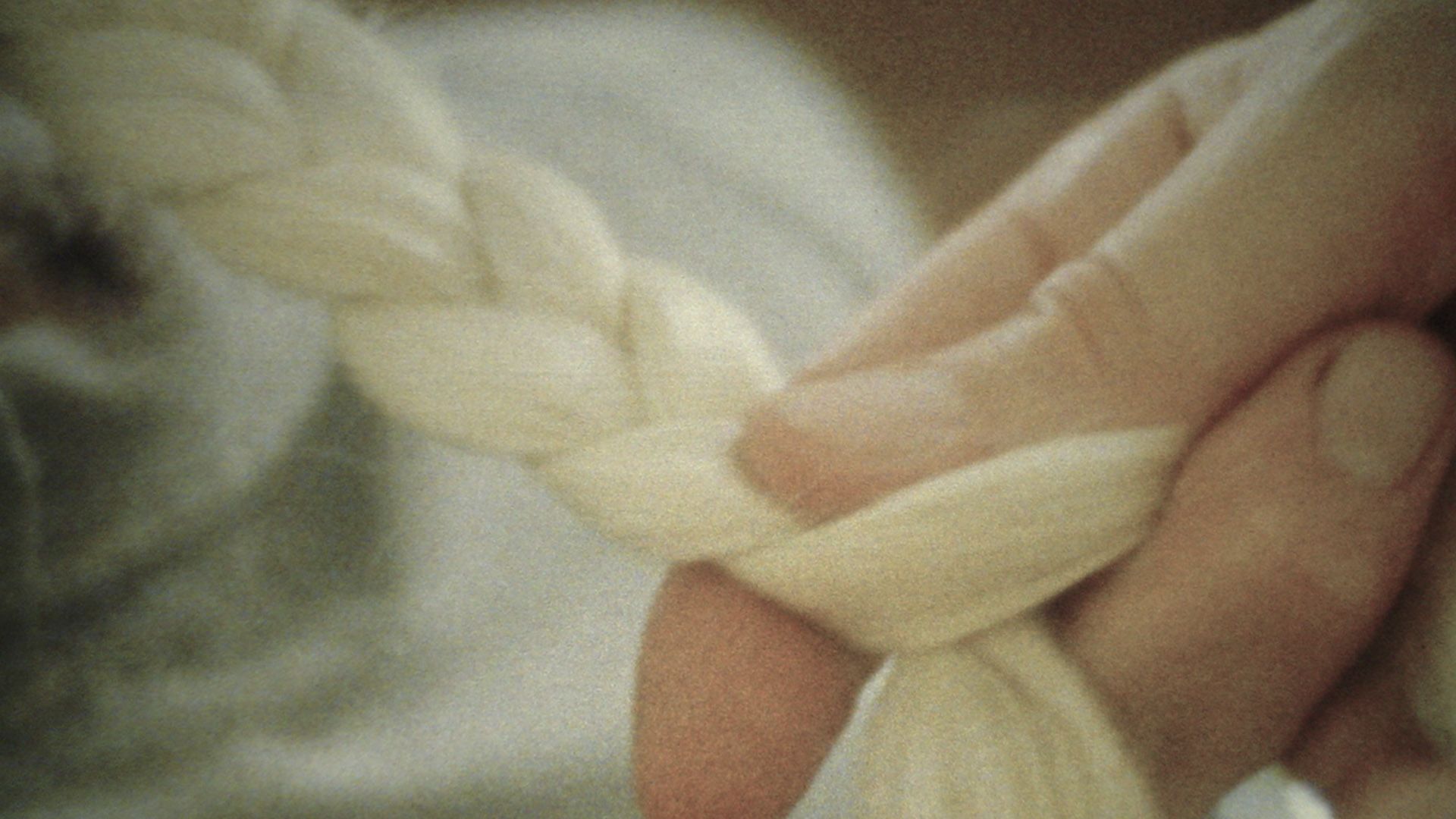 Ute Aurand films Maria Lang in her daily activity as she cares for her mother. The presence of the filmmaker is visible in the camera movements and in the editing pace. The admiration and discretion are palpable. We enter the intimacy of mother and daughter through the eyes of a friend. The silent images create an occasion for attentive observation and balanced awareness. (Robert Beavers)

THE TONALITY OF DAYS

There is a joy and a lively pulsation in Ute Aurand’s films that makes them overwhelming. There is nothing naive about their liveliness, but rather an instinctive wisdom that helps her approach life (and film it) with an acute awareness of what every moment is worth, through a presence rooted in the here and now. It is thus inevitable to imagine that when she films, the action of filming does not distance her from that immediate reality, but rather connects her to it even more. Every movement of her nervous camera, the quick transitions and the relaxed moments, all breathe in unison with the motifs, people and objects that we then see on the screen.

Ute Aurand began her career as a filmmaker in 1980 with her film Schweigend ins Gespräch vertieft (Deeply Absorbed in Silent Conversation). She had begun studying at the DFFB (Deutsche Film- und Fernsehakademie Berlin) in 1979, the year when she also came across the diary-filmmaking of Jonas Mekas. During the 1980s, many of her films were made with her fellow student Ulrike Pfeiffer. That collaboration bore films like Umweg, a train film that deals with recording an experience, a tour of Germany with the programme “New experimental films made by women” (which included films by both), which in turn crossed paths with another of Aurand’s lines of work: programming. With Pfeiffer, she also made films like Okiana, which recalls one of Aurand’s points of reference before starting the school: Ulrike Ottinger. It is a film that resulted from the seminar given at the film school by Elfi Mikesch, in which films by creators such as Anger, Genet and Pasolini were watched. OH! die vier Jahreszeiten (1988), also made with Pfeiffer and inspired by He Stands in a Desert Counting the Seconds of His Life (1986) by Mekas, seems to be a cross between both paths with its improvised scenes in different cities and seasons with eccentric costumes. Diary filming began to gain prominence in Aurand’s filmography as of the nineties, also becoming her main hallmark. “Travel” films, portraits, scenes of domestic life and celebrations, and studies in more concentrated motifs (often natural or architectural ones) were interspersed with animated experiments such as the series Fadenspiele, made in collaboration with her sister Detel. Aurand recognizes and pays tribute to two essential figures in her filmmaking, who we can understand to be her kindred spirits: Margaret Tait and Marie Menken. One could say that Aurand’s work builds up an autobiographical account of fleeting moments, encounters, passions and friendships, which over the years has also progressively become an emotional story about the cycles of life.

Throughout this time, Aurand has been modulating a kind of “language” of her own, which largely has to do with her way of using the camera as if it were a musical instrument: with timing, syncopated transitions, abrupt changes in exposure times, fades from white and deliberate blurring. The in-camera editing “cuts up” certain situations in fast-moving shots that follow the pace of a curious gaze, to then stop for a moment and palpitate; instinct crosses paths with a trained point of view capable of composing complex and intricate montages on the fly. These in-camera edited units (which she herself has called “kaleidoscopic”) are then linked together into larger structures around a theme in which sound often plays a part as an element linking sequences. These are nearly always recordings that are made in parallel with the image recordings, capturing the atmospheres or the melodies encountered by chance, or the warmth of a human voice. Alternating sound and silence is also a characteristic feature of her filmmaking.

Reality appears before Aurand’s eyes inviting her to play, and she accepts the invitation: with the shadows and reflections, with the colours of the world, with the possibilities of framing, with the interwoven patterns of what she comes across in her path. Her way of understanding cinema also has a lot to do with poetry. In this regard, it is revealing to hear what Aurand has to say about haikus in a conversation with Robert Beavers about her film Terzen: “When I first read haikus, I was struck by their visual intensity, by the condensed images, by the way what was said and unsaid were related, and how important the gap between the two is. It’s like jumping from one stone to another: the water in between is very important, but so are the stones. In my way of making films, the images are the stones, whereas what you can’t see, the invisible, is in the gaps in between. When personal matters are expressed through that invisibility, that is what I mean when I talk about something that is poetic.”

The space that we are dedicating to it today follows two main paths among the many that could have been chosen based on such a rich, extensive filmography. The first programme deals with the idea of playing. Shadows and reflections, through Aurand’s divided self-portraits (in Schweigend ins Gespräch vertieft and Zu Hause), the animated landscapes of Fadenspiele 2, the children’s games and the joy felt in the everyday and festive scenes shown in Terzen, where there is also room for direct animation on celluloid. It is pure joy concentrated into a collection of simple pleasures, which Aurand presents to us as if it were possible to project the cheerful moments of our lives straight from our fragmented, skipping and diffuse memory.

The second programme concerns the idea of community and company: love, friendship, human warmth, care and shared experiences. Here, we can find two of her portrait films: Bärbel und Charly (1994), about a couple of friends, and Renate (2021), a portrayal of the filmmaker Renate Sami. Halbmond für Margaret (2004), in this case, makes a call for community, for shared group experiences, for the network of family affections and for the chosen families that one finds throughout life. Der Schmetterling im Winter (2006), a film made in collaboration with Maria Lang, is a film that deals with human mortality in a delicate, simple way (but with no complacency at all). The film shows us the decay of one’s body, the fragility of old age and physical dependence through Maria Lang’s daily care for her elderly mother, without failing to confront the thorny issue of how one life “lives itself out” for another already in its twilight years. It is moving to see the repeated body cleaning routines, the cream on her hands, her hair getting braided, the coffee with bread, together with the passing of days and work in the agricultural garden. It is such everyday life which is, in the end, what life is made of. For all of these reasons, we can say that filmmaking like Aurand’s deals with the great themes of life through the small ones. Indeed, it is the seemingly inconsequential matters that give existence its particular tone, and with Aurand’s fine cinematic intelligence and unique sensitivity, she has managed to capture the tone of hers so as to share it with the world. And it is very emotive.