AN IMPRINT ONTO THE MEDIUM

An imprint is a mark made by pressure, but also an indelible distinguishing effect or influence. In his work, James Edmonds leaves an imprint onto different mediums (the film strip, the canvases onto which he paints), and he does it in diverse manners, starting with the unique way in which his record of the quotidian is interwoven with pictorial qualities. But there’s also the imprint of the light he channels and captures in order to leave a mark of his days onto a film strip.  His paintings, too, leave a mark on his films, creating echoes and adding counterpoints of color and shapes thanks to the editing. The result is a sort of cyclic ecosystem that is set in motion by sunlight, when it shines through a window.

Born in the UK, Edmonds, who has a background in fine art, lives and works in Berlin. As an artist, he has explored different disciplines, including painting and installation art. This program (which will be complemented with a Desbordamientos session that will bring to the audience expanded projections of three of his films) opens with After Hours and Inside/Outside, two pieces in which Edmonds reflects on the possibility of building physical spaces by the means of cinema. After Hours is a quiet work that portrays what seems to be an empty learning center. We see natural and artificial light enter and leave the building at different times of the day –in this merely functional, impersonal nonplace, light ends up becoming the main character of the film. Special attention is given to half-light –the threshold between light and darkness. In Edmonds’ words, Inside/Outside is the portrayal of “a fictional architecture”. A film in which places that are geographically distant (but emotionally close) are brought together thanks to the editing. The title Inside/Outside anticipates a reflection on the act of filming different spaces and how the resulting images relate to each other, in a “metaphor and experiential resonance for the inner and outer worlds of the self.”

These two films seem to focus on well delimited subjects. The third film of our selection, Movement and Stillness, however, evidences a different way of approaching filmmaking, one that is closer to Nathaniel Dorsky’s hunter/gatherer modus operandi: a quest for fragments and motifs that, in Edmonds’ case, leads to pieces that resonate with journal-films such as Menken’s Notebook and Tait’s works. Movement and Stillness invites us to observe the movement of that which remains still (in a process that evidences the passage of time). A static shot of immobile elements: a change in light, a breeze that gently shakes the leaves of a plant. Clouds, mist, or steam are seen through a window; a quick succession of static shots that suggest the illusion of movement when projected. Windows are a recurrent motif in this film (which connects, in many ways, with Dore O.’s Kaskara): it is through windows that light gets in, it is through them that we see life be. And… isn’t this something that can be said about cinema, too?

Overland is probably one of Edmonds’ most complex films, and one in which painting (always through an autobiographical lens) plays a major role, especially in its first part, in which he presents juxtapositions of motifs and colors. Shots of a fountain, a plant, a window, shown rhythmically and alternated with intervals of coloured leader. The eye of the viewer is stimulated by chromatic contrasts and associations of geometric motifs and patterns that parade from frame to frame. This is followed by a quieter section that shows the different colors and textures resulting from filming with different emulsions, while the final bit of the film integrates some of Edmonds’ paintings, intervened (using masks, mirrors, and collage techniques) ad hoc for the shooting. The film closes with fragments where the author paints directly onto the film strip, followed by a final sequence that brings together all the mechanisms put into practice so far, giving coherence and unity to the piece as a whole.

All these films were filmed in super 8, a format that has its own advantages and disadvantages. A Return, on the other hand, was made using 16mm film, a format that encouraged the author to explore different filmmaking mechanisms, such as creating superimpositions. A Return is a film with a different cadence that concentrates Edmonds’ interests in a bolder, more intense way. In this piece, the author approaches, once again, the topic of the two distant places (the UK, where he was born, and Germany, where he lives now), this time by combining personal experiences and memories, tiny internal explosions (brief bouquets of images, sometimes filmed frame by frame), and real footage of shapes and structures interwoven with images of his paintings (including some amazing overlaps).

Seasons/Patterns and Configurations, Edmonds’ latest films, are devoted to delving into two topics that pervade all his work: the passage of time and the autobiographical record of everyday events, which the author seems to approach through constant reflection and reinterpretation of his personal material. Seasons/Patterns offers a delicate study of light throughout the four seasons, pausing in the emotions and experiences encouraged by each one of them. Configurations, in turn, is a piece structured around contrasting colors, shapes, and light areas within the frame. The editing, free and collage-like, has an almost musical quality to it.

Edmonds’ usage of sound is no less interesting. As is the case with the visual aspect of his films, his soundtracks combine gathered and hunted sounds, field records, delicate musical moments, and fabricated sound landscapes. The haunting wave of A Return contrasts with the casual spirit of Configurations, filled with sounds of everyday life and spontaneous instants captured on the go. 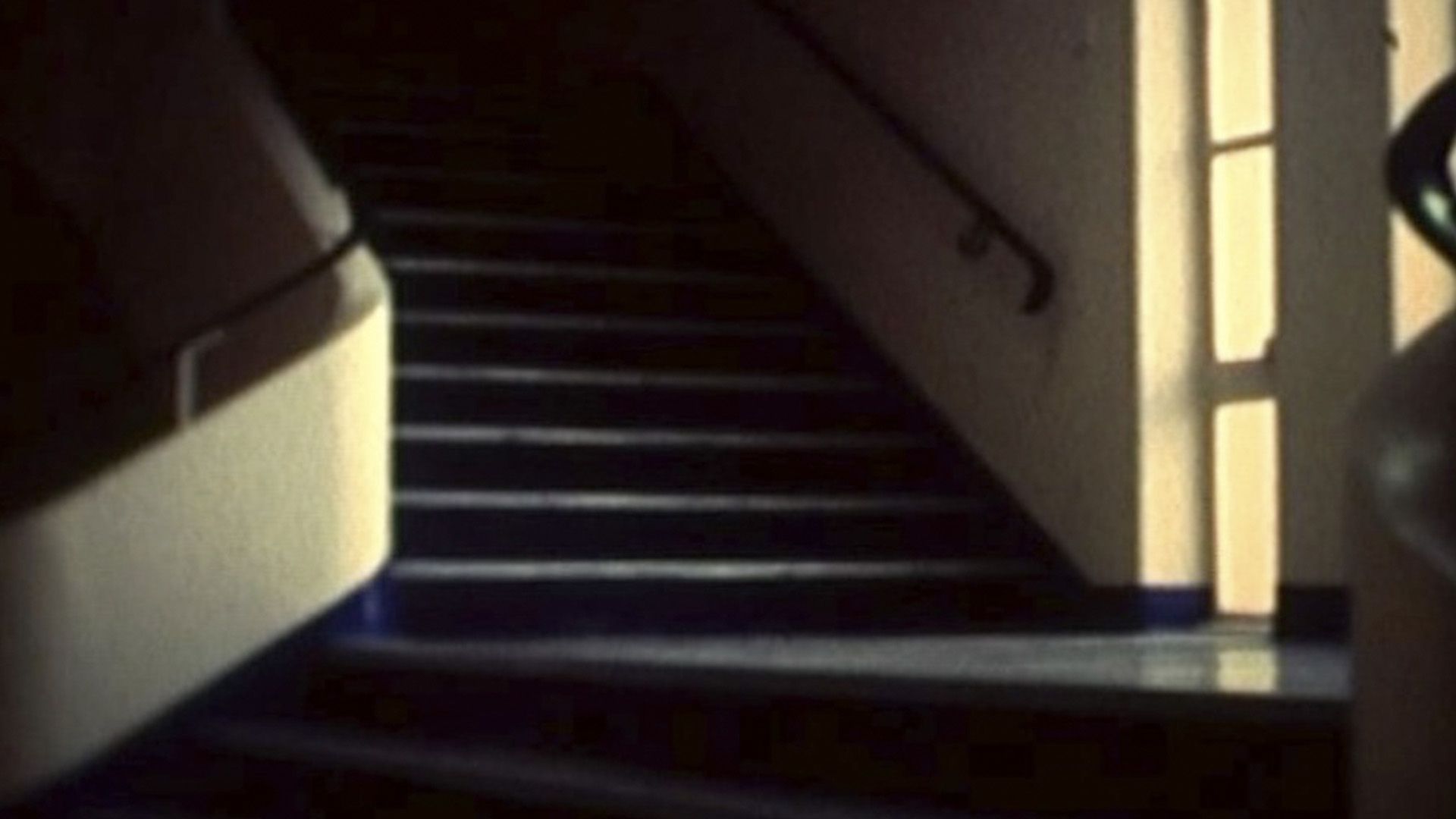 Shooting on 8mm film and making field recordings on cassette tape, recorded patterns of light and sound become a low quality, dreamlike plane of stillness, silence and uncertainty, exploring the passing of time through the study of vacant institutional spaces. The transitory spaces of these mundane but haunting buildings become an obsolete reality of forgotten ideals, the filmstrip itself a receiver of these resonances. (James Edmonds) 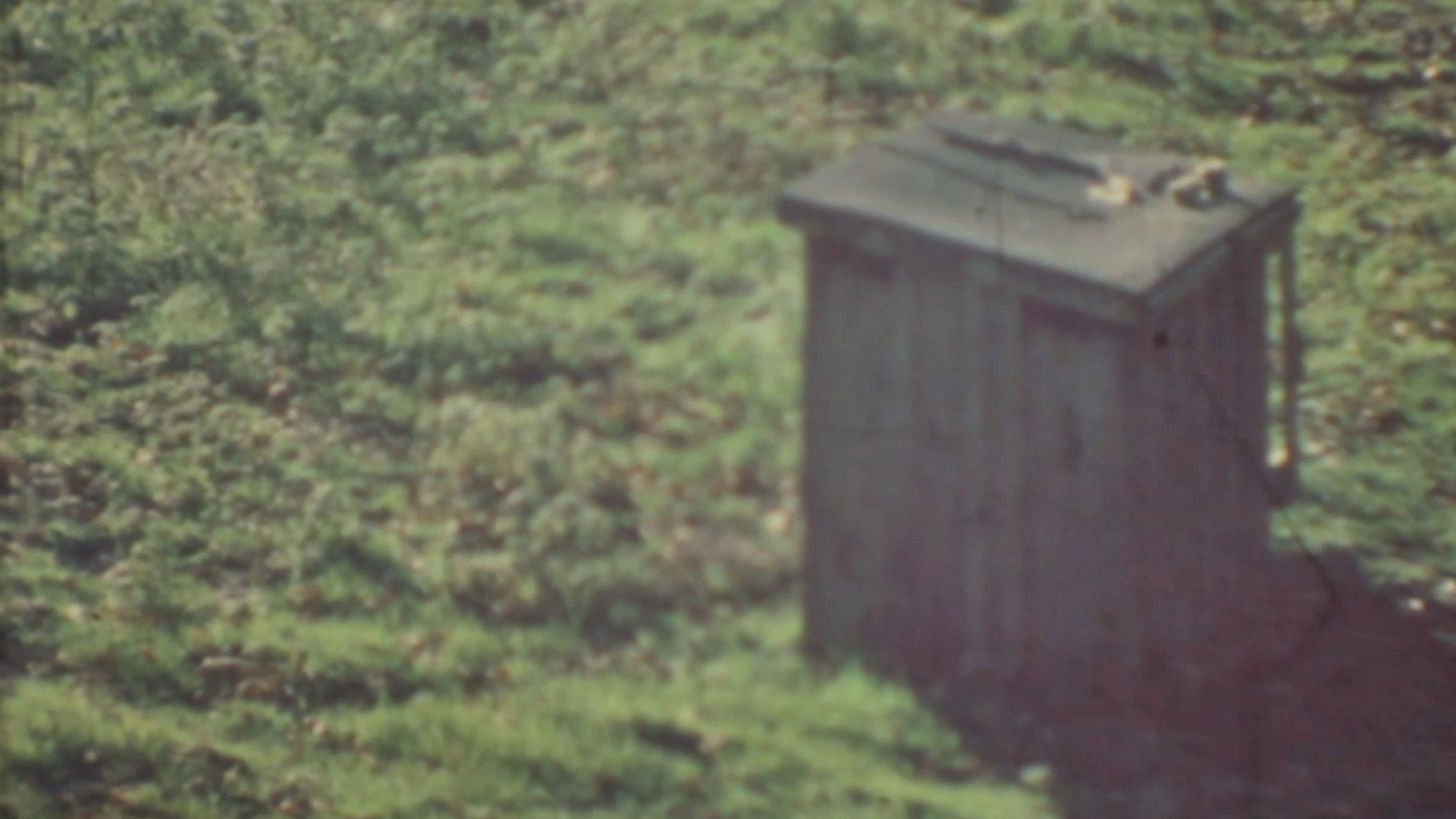 A fictional architecture of interiors and exteriors made through intuitive observations with the lens. The juxtaposition of the two spaces act as both metaphor and experiential resonance for the inner and outer worlds of the self, as well as being a quietly autobiographical documentation of a life between two places. (James Edmonds) Quiet observations, variations of light, from strong amber glows to diffused greys, intermittently entering the windows of an internal world. A film about coming home, archetypal images where the eternal meets the temporal. Calm reflection interspersed with travel and the endless search for significant forms, personal chapters of collage and remnants. (James Edmonds) 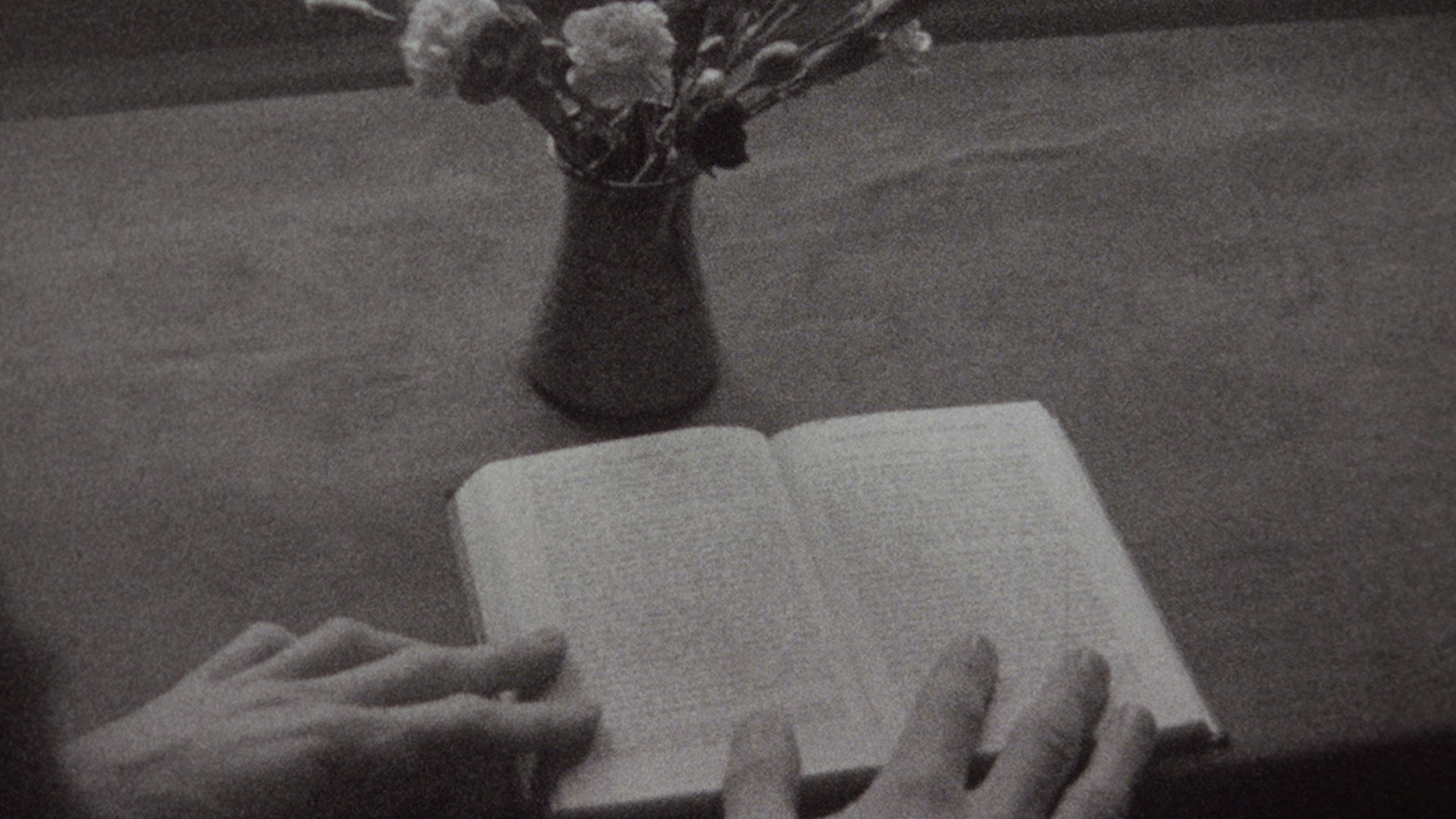 Structured in three parts, Overland evokes an enigmatic landscape of forms, substances, creatures and memory through a hand-edited super8 colour collage of personal material shot over one year. (James Edmonds) 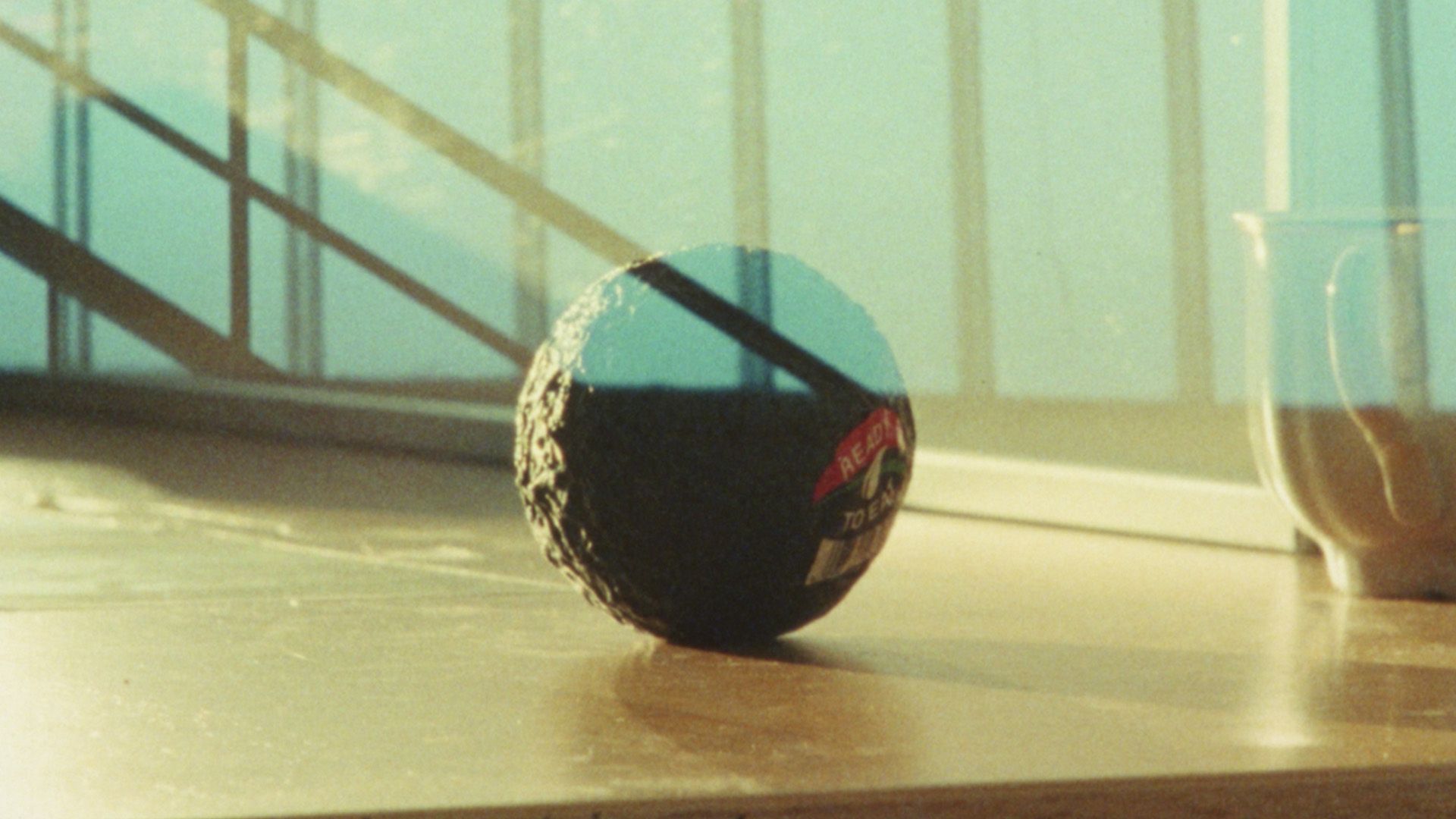 To return again. To re-align is the object of these visits, perhaps. Geography of origin becoming catalyst for an inner re-alignment with the secret, private, unspoken work of one’s being. Peering into layers, sliding planes of windows and time, the fragmentary gesture of the dance. A series of rapid contrasts, a synthesis of elemental and everyday experience. Structures shift and intermingle, two worlds become one. (James Edmonds) 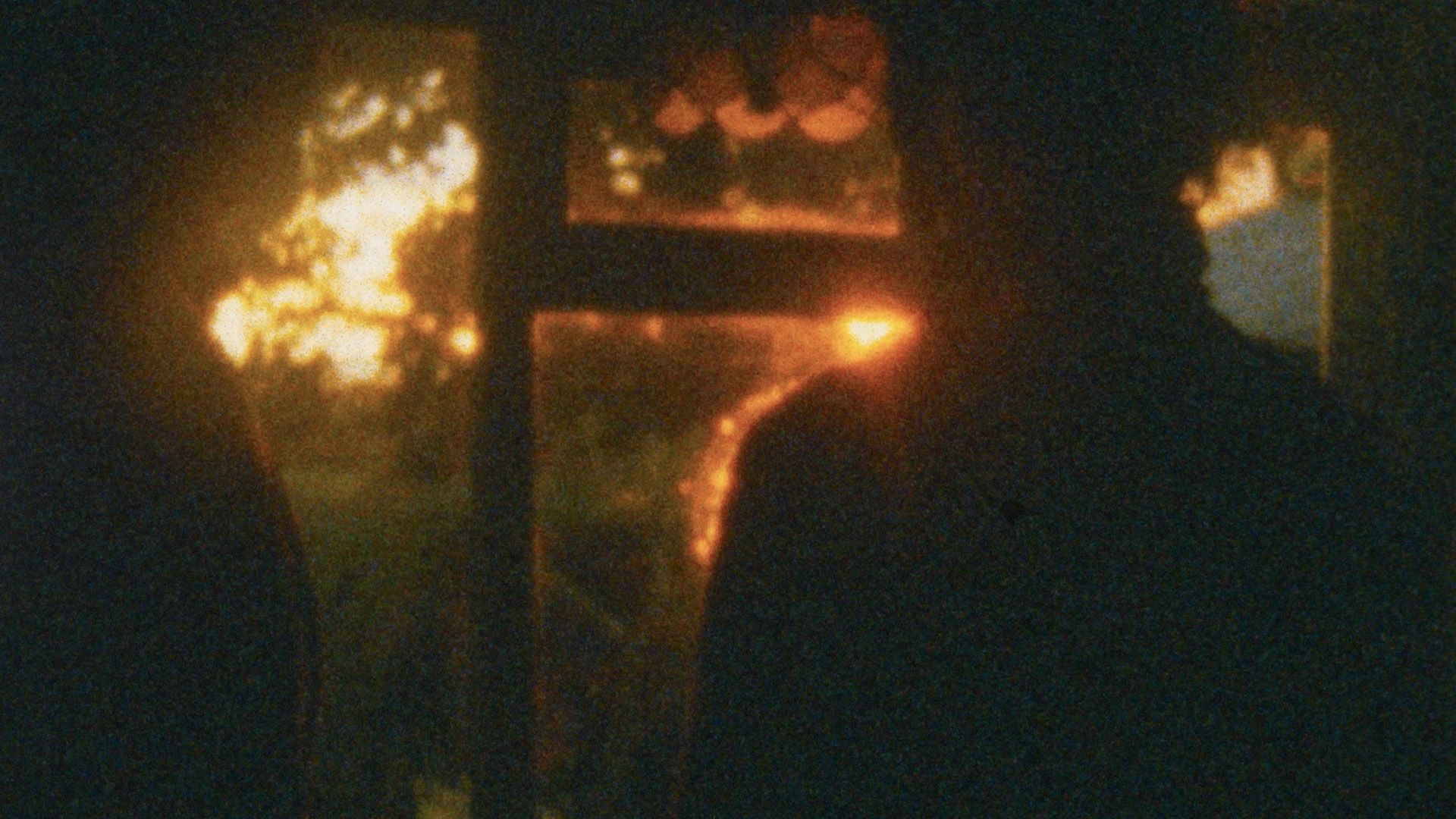 The flesh of time, strands of the present, in constant becoming and disappearance. One reel for each season, exposed between 2016 and 2017. Leitmotifs of flora, providing some unity within each season, as a reflection on its atmosphere and passing presence. (James Edmonds) 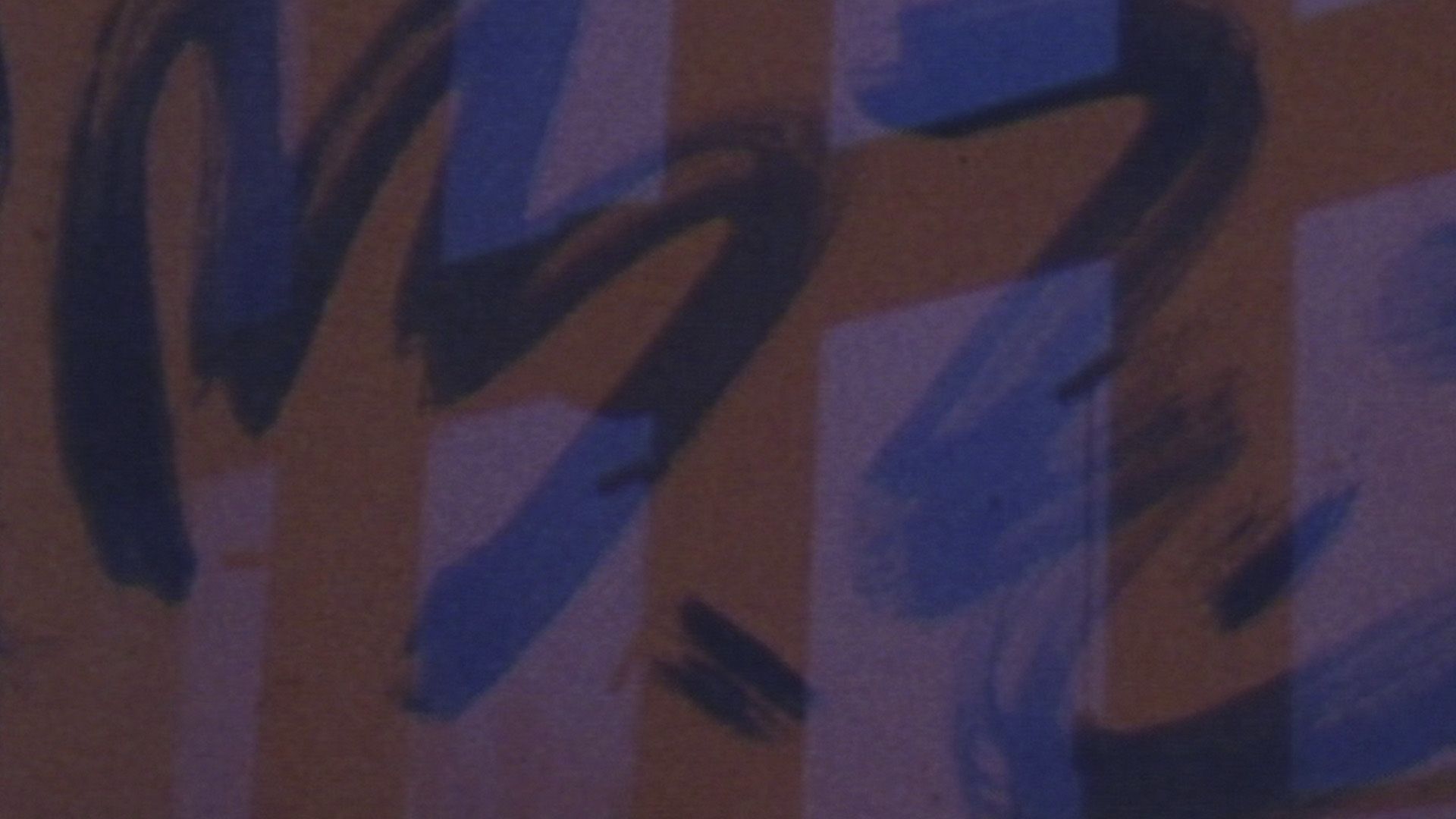 Distant places, stations, loved ones, natural interiors and exteriors, lights, shadows, paintings, colors, and compositions. A rich bouquet of motifs that Edmonds arranges into intuitive configurations of differences and similarities, and where emotions and memories fuse with a singular formal conception of cinema.