A mysterious film, Sin Dios ni Santa María, was released in 2015. Its grainy texture, which made it look as something from a different time, hosted a breach –a portal into an occult layer of reality. As for the unsettling discourse that accompanied the images, it sounded more like an EVP.

The film was signed by La banda negra (The Black Gang) –such was the nickname chosen by Helena Girón and Samuel Delgado, a creative duo that have since then established themselves as a main agent in the international film scene. This artistic sobriquet gives away some hints about their personae: La banda negra –the name that, in a most punk movement, they decided to appropriate– was a vigilante group financed by Catalan businessmen that was active in 1919-1920, and which delivered a number of “special services” as part of a dirty war against the CNT (the Spanish National Confederation of Labor). The will to unearth subworlds and lodges in a way that seems to be both thaumaturgical and subversive is always present in Girón and Delgado’s work.

Sin Dios ni Santa María, for instance, delves into the historical reinterpretation of witches and their role. Their research led them towards texts such as Silvia Federici’s Caliban and the Witch, an analysis that exposes the dynamics of the social expropriation to which women are subjected, and which extends to their bodies, their knowledge, and their reproductive rights.

The goal of this research? To delve into the tainted roots of witch-hunts: “In the 14th century, if a woman dared to heal others, she was considered a witch and she was doomed to die for it.” The main character of the film is Delgado’s grandmother –we are invited to share her daily routine in the tiny village of Ye in the countryside of Lanzarote. The footage, shot in 16mm and hand-processed, looks like some unearthed ancient document from another time. The sound, made with excerpts from deteriorated registrations of shepherds speaking (recorded in the sixties by the amateur anthropologist Luis Diego Cuscoy) contribute to intensify the atmosphere of the film. The potent editing, combined with the sound and image, reveal the sheer power of the tools of cinema that Girón and Delgado use for their “dark” purposes.

This immersion into “the other side” led them towards their next film through a lava tube –the one that connects the locations of Sin Dios ni Santa María with those of Montañas ardientes que vomitan fuego. Girón and Delgado’s determination to combine images, sounds, and ideas of different nature converges with the explorations that Athanasius Kircher, the 16th-century erudite, recorded in his book Mundus Subterraneus (The Subterranean World), where he put forward the idea that there existed a subterranean tunnel through which all places in the world were interconnected. In Girón and Delgado’s film, these communicating vessels also act as portals between different time periods, unearthing legends such as those that tell us about the rebellious natives of the Canary Islands, who entrenched themselves in subterranean caves (the same that gave shelter to maquis and shepherds) to hide from slavers. Girón and Delgado portray contemporary events in 16mm. However, the imperfections that remain in the film once it’s been processed mirror the rough walls of the millenary volcanic caves, recorded with an HD camera that casts an analytic glance on their geology. The result? A story that resonates with different historical insurrections and rebellious movements, closed by three photographs that honor the shepherds from the Canary Islands, the upheavals, and the volcanic eruptions that took place in the territory.

Yet another tunnel leads us to the third piece of Girón and Delgado’s “trilogy”: Plus Ultra. Echoes of the times in which pirates and slavers reigned take us on a trip to the conquest of the Canary Islands, in a sort of essay on what the conquest of America might have looked like in the times of the Spanish empire). This incites Girón and Delgado to delve more deeply into the realms of fiction: the subtle narrative of Montañas ardientes que vomitan fuego gives way to a more austere, succinct account of the event (which also ended up with the exploitation of the people) that connects with their first feature film through the presence of two women (suspected to be “witches”). In this light, Plus Ultra can be seen as an anticipation of Girón and Delgado’s first feature –now in progress– Eles transportan a morte.

This trilogy is at the core of our Sinais section –a program that includes a conversation during which Girón and Delgado will share with us their creative processes and the first hints of their upcoming film. The program will be complemented with a live performance by the artists and a special online program that’ll bring to the audience an in-depth interview during which Girón and Delgado themselves will be our guides into their fascinating “subterranean world”.

Since airplanes did not exist, people moved around using prayers, they went from one land to another and returned early, before dawn. In old audio recordings, the voices of pastors speak of the mythical existence of witches and their travels. In the daily life of a woman the magic of her tales begin to materialize as night falls. Night is the time when travel is possible. 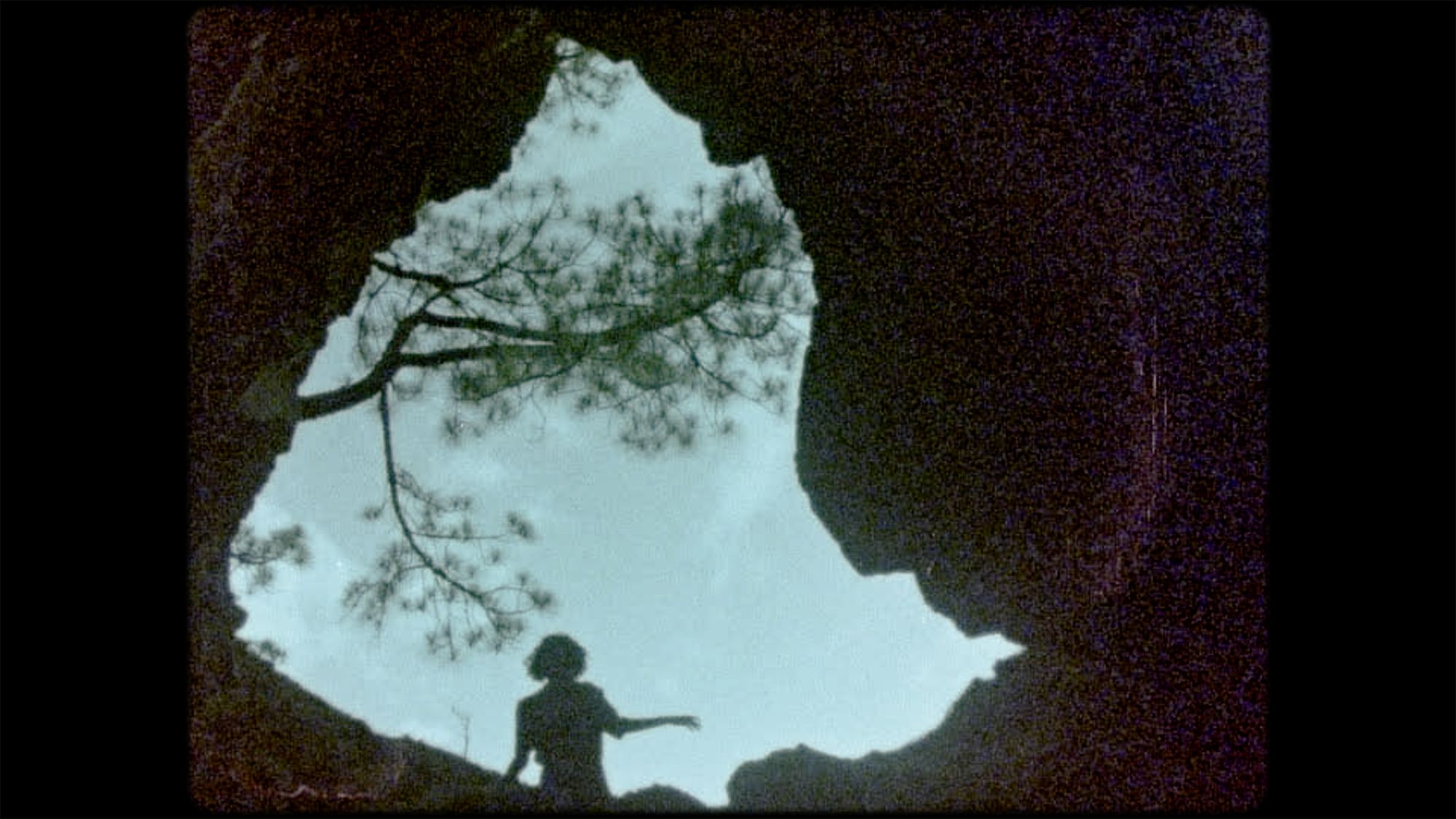 The interior of the earth became a refuge from the threat that moved closer and closer to the island. The volcanic tubes served as communication vessels between time and space. This was where they experienced their resistance. 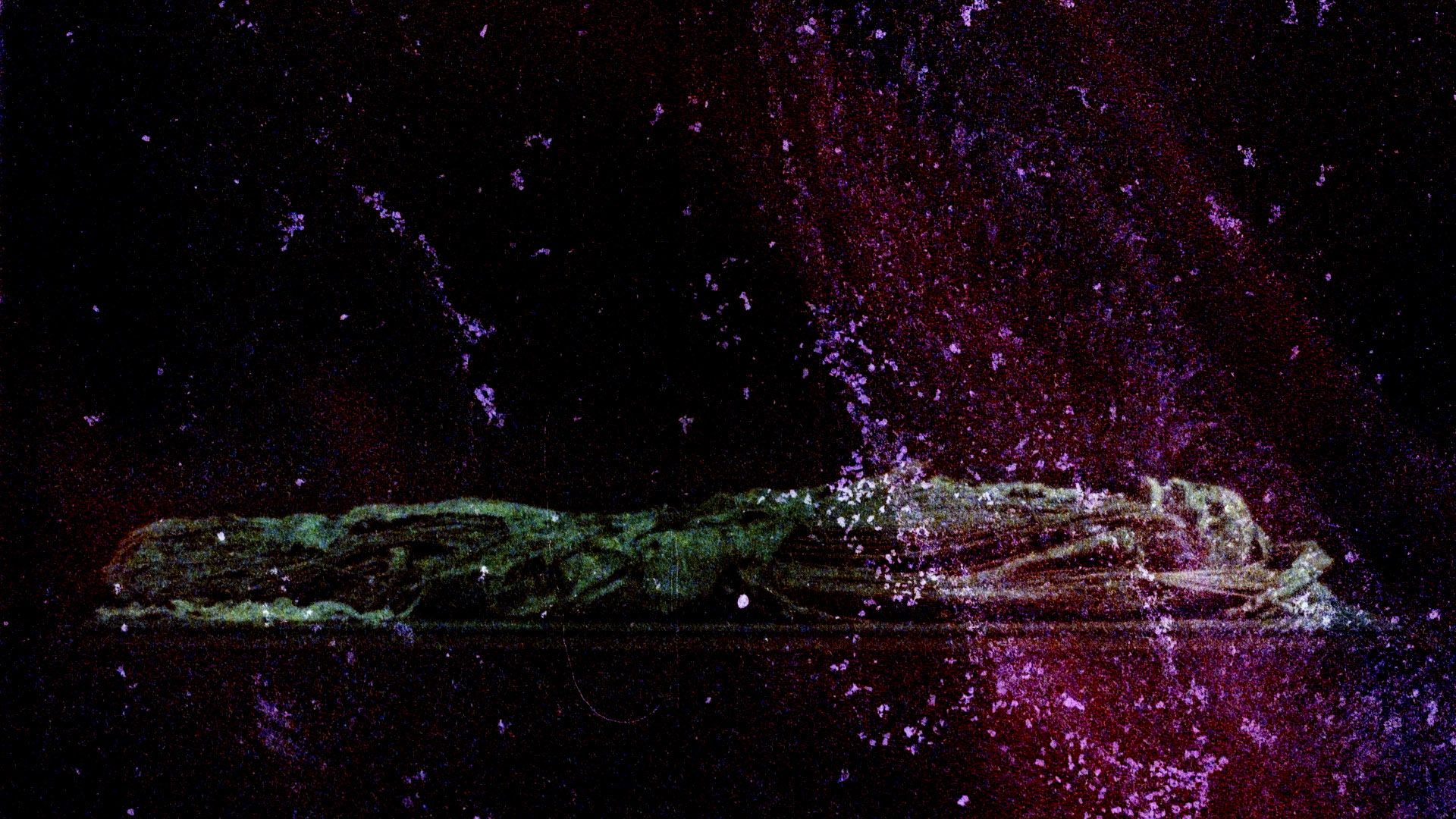 Plus Ultra is the motto of the Spanish state. This slogan was used to encourage navigators to conquer new lands, forgetting the warning from Greek mythology: Non Terrae Plus Ultra (There is no land beyond here).

The Canary Islands —testing ground for the tactics utilized in the colonization of the Americas— becomes the setting for a tale about this land.