AN ENCOUNTER WITH FINE ARTS STUDENTS

Sala (S8) Palexco | Sunday June 5th | 12 p.m. | Free entry to all venues until full capacity. It will not be possible to enter the venues after the screening has started. 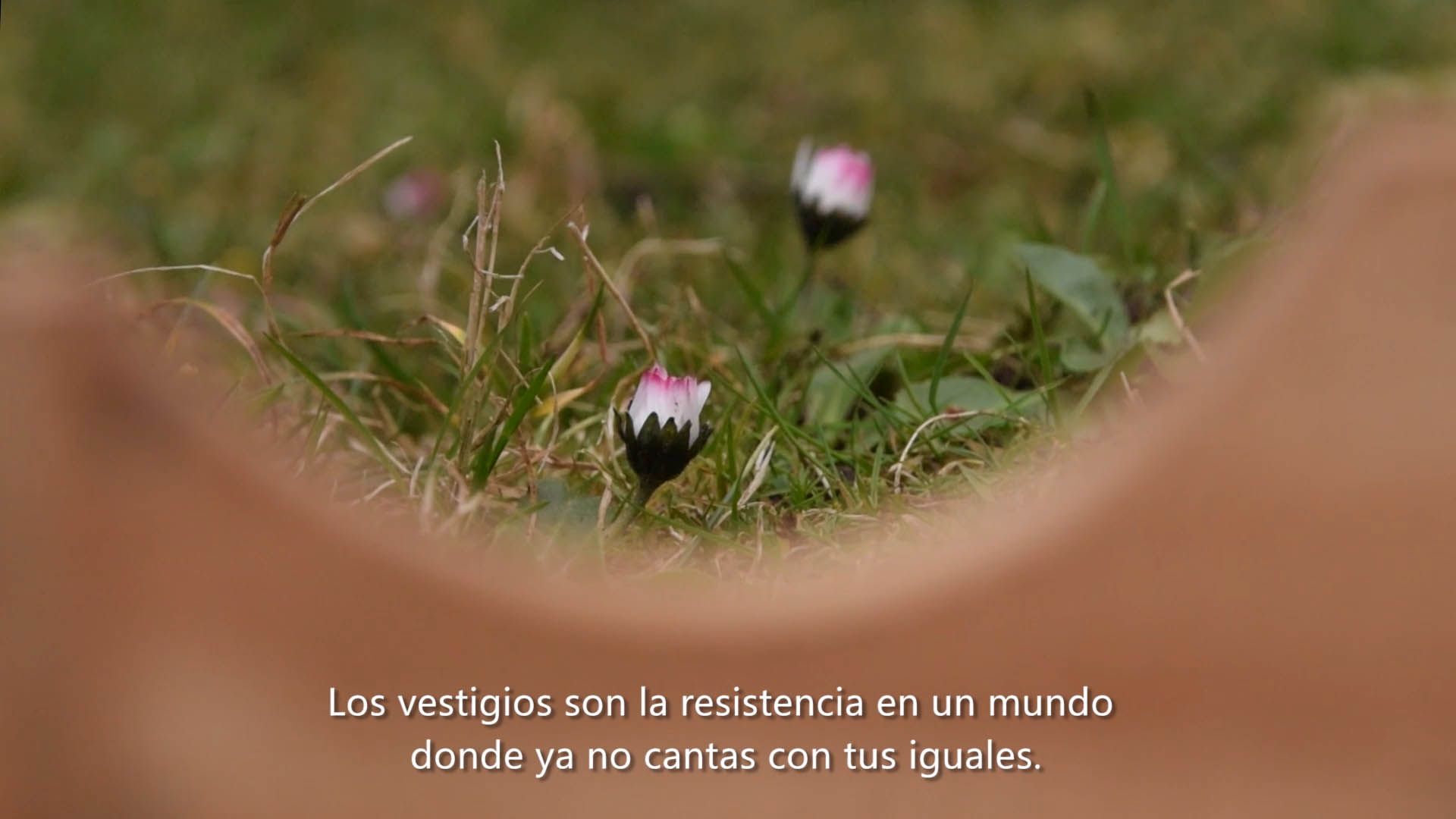 Globok is a video-essay about globalisation and folklore that puts forward the dissolution of the confusion brought about by globalised society by means of finding one’s identity again. The subject addressed is almost like a delirium, starting from ideas about how globalisation traps us by inertia and evolving towards greater clarity. Different questions and issues lead thoughts to the conclusion of the need to bind yourself to your roots in a world where the origins of everything become blurred. (María Marlen) 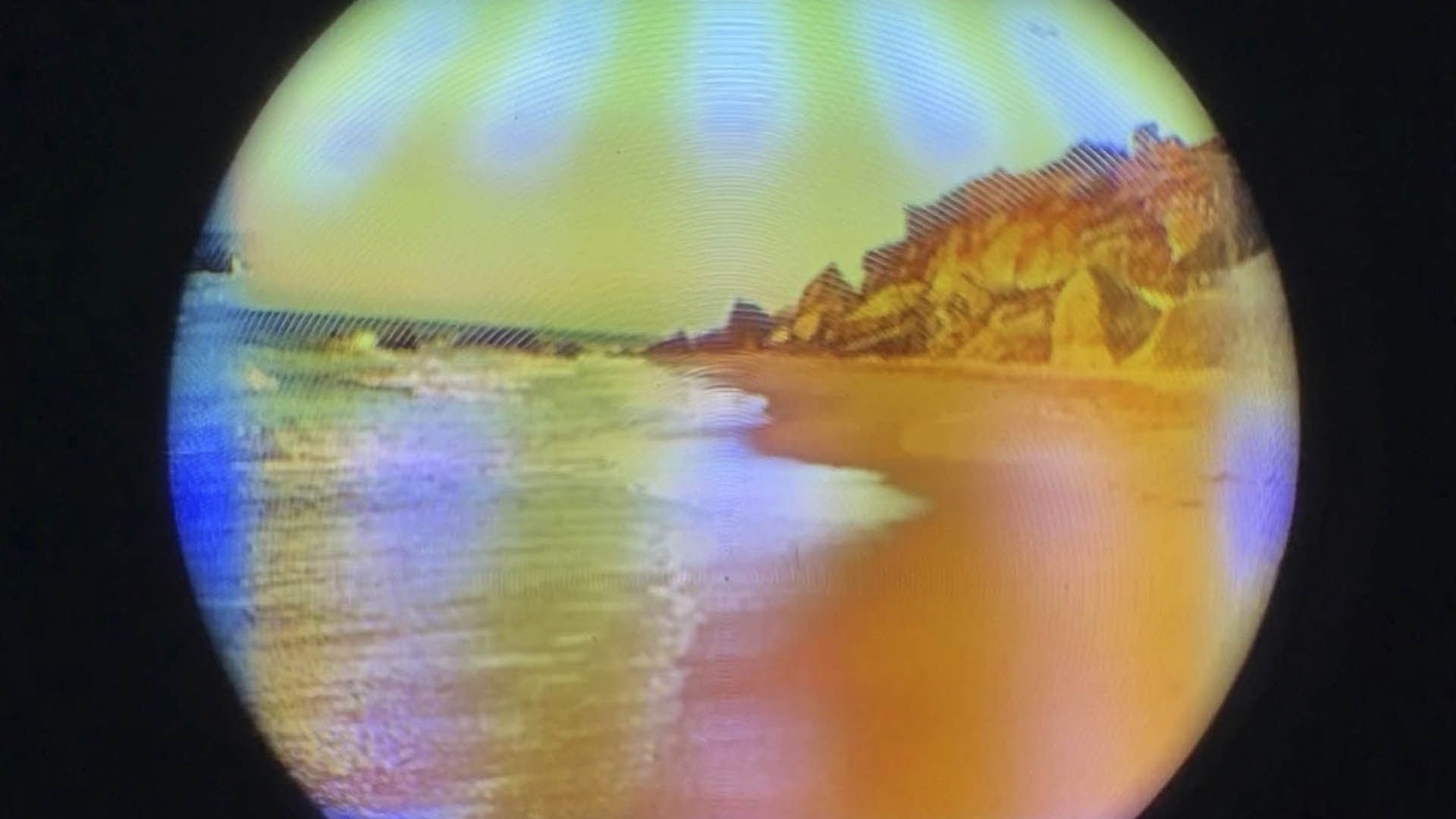 Along new paths, I follow my own search for home, for identity, and immerse myself in the emotions that entails. (Sara Díaz) 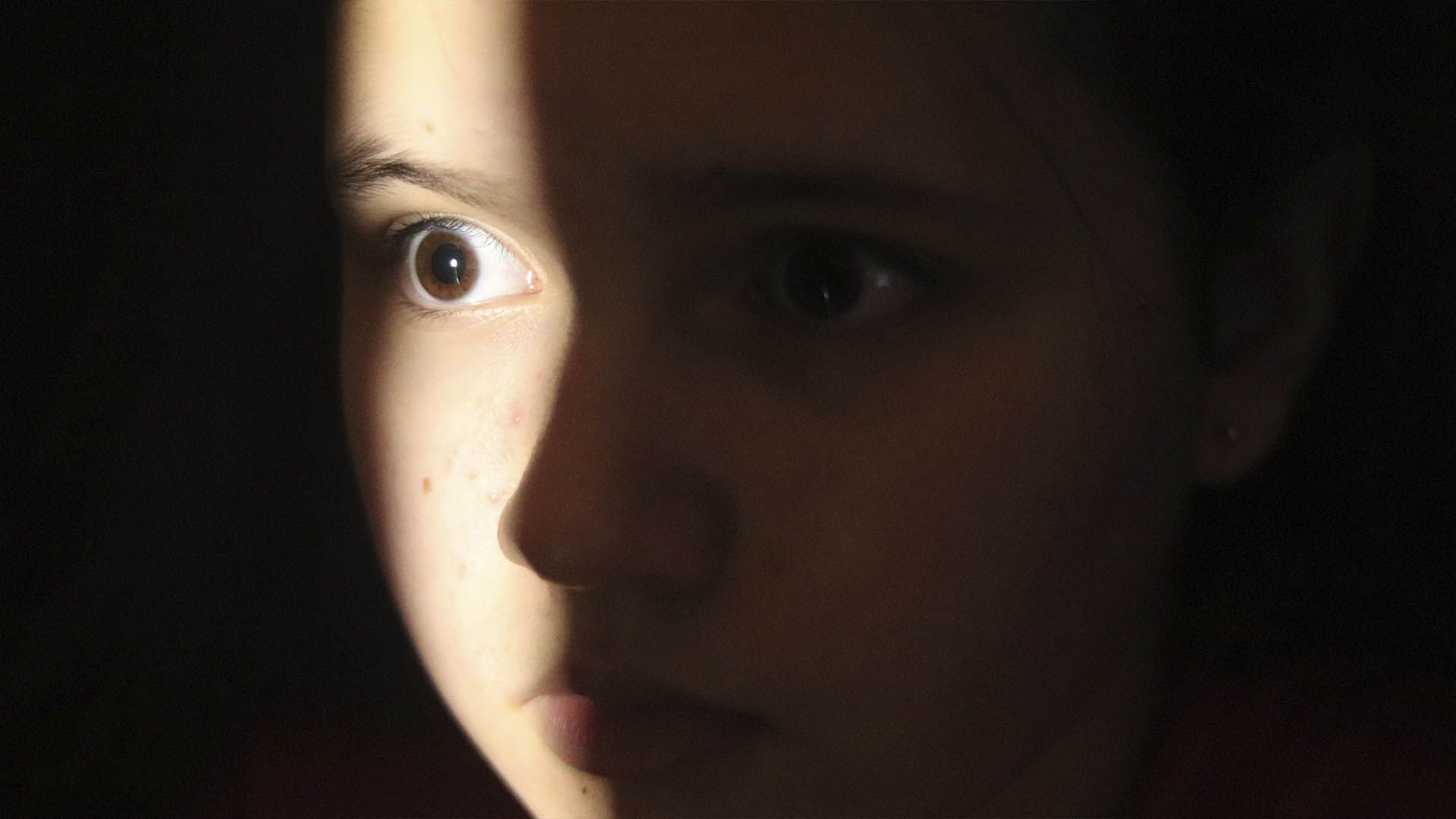 On a summer afternoon, a girl hides in the wardrobe to escape from a wasp lurking in the room. Once inside and plunged into darkness, the buzzing increases accompanied by all kinds of flapping, squealing and screeching sounds. With her ear to pinned the door and too scared to go out, the girl can only stay there and see how all kinds of vermin invade what was once her room. This “daydream” is the manifestation of the fears and anxieties of a child who lacks the ability to put adult problems into words. (Natalia Pérez Novo) 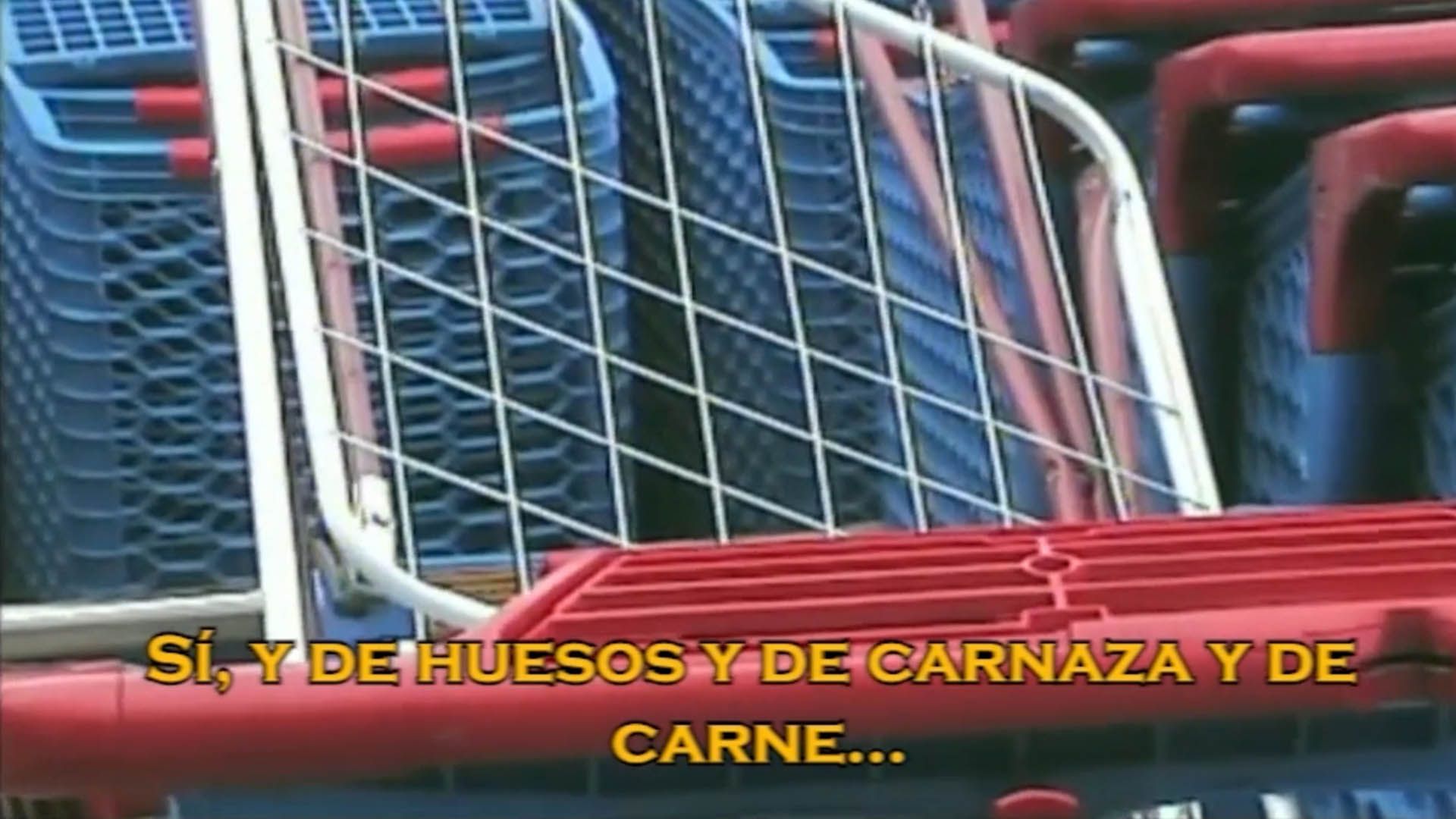 MEAT attempts to explore all of the beauty around meat in a quest that culminates in the worship of a meat god. (Lidia Rodríguez González) 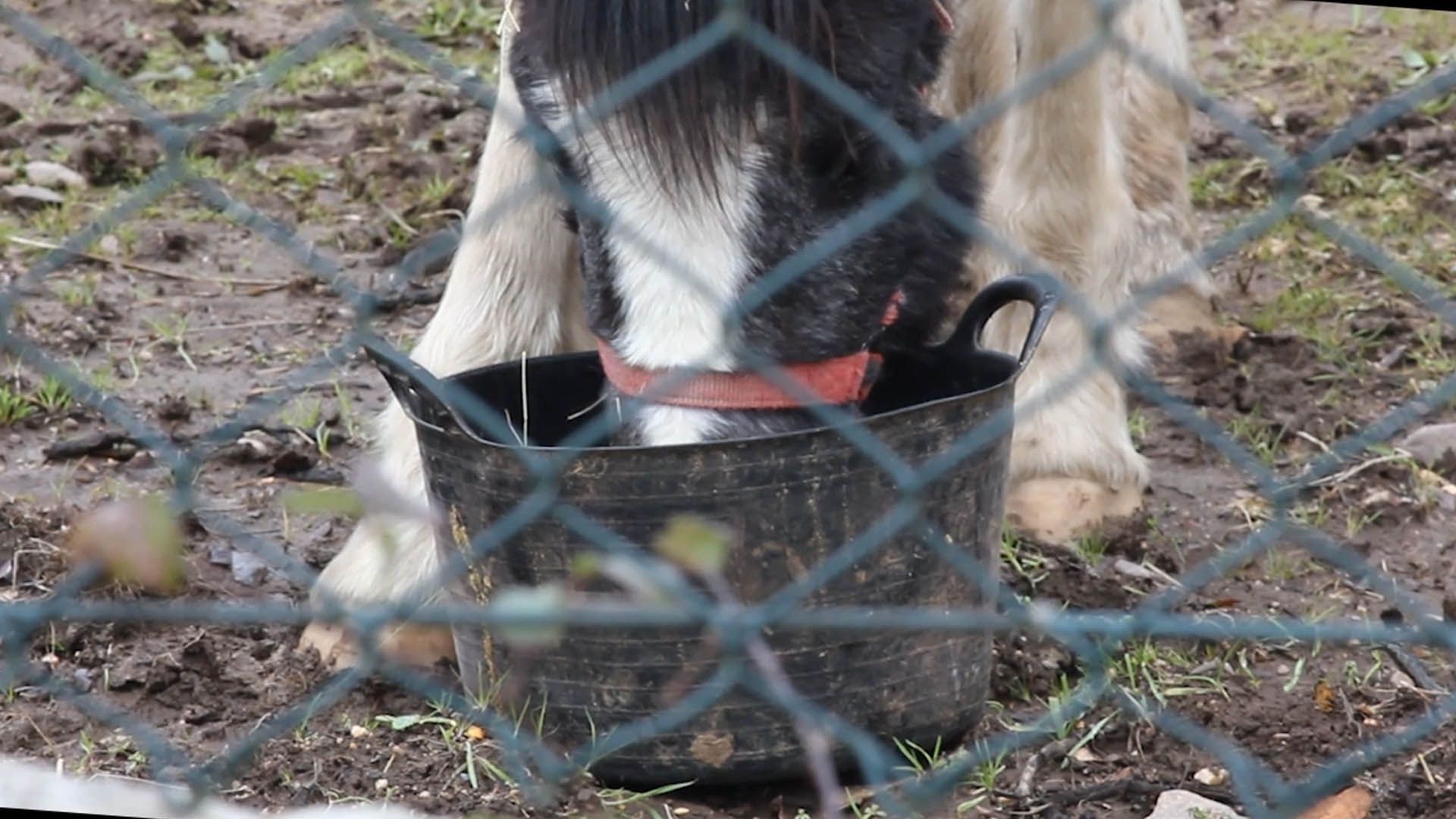 A documentary video of a biographical nature showing manual tasks and work in the fields of rural Galicia. It is a portrait of age and the passage of time through faces and gestures. (Lydia Paredes Vázquez) 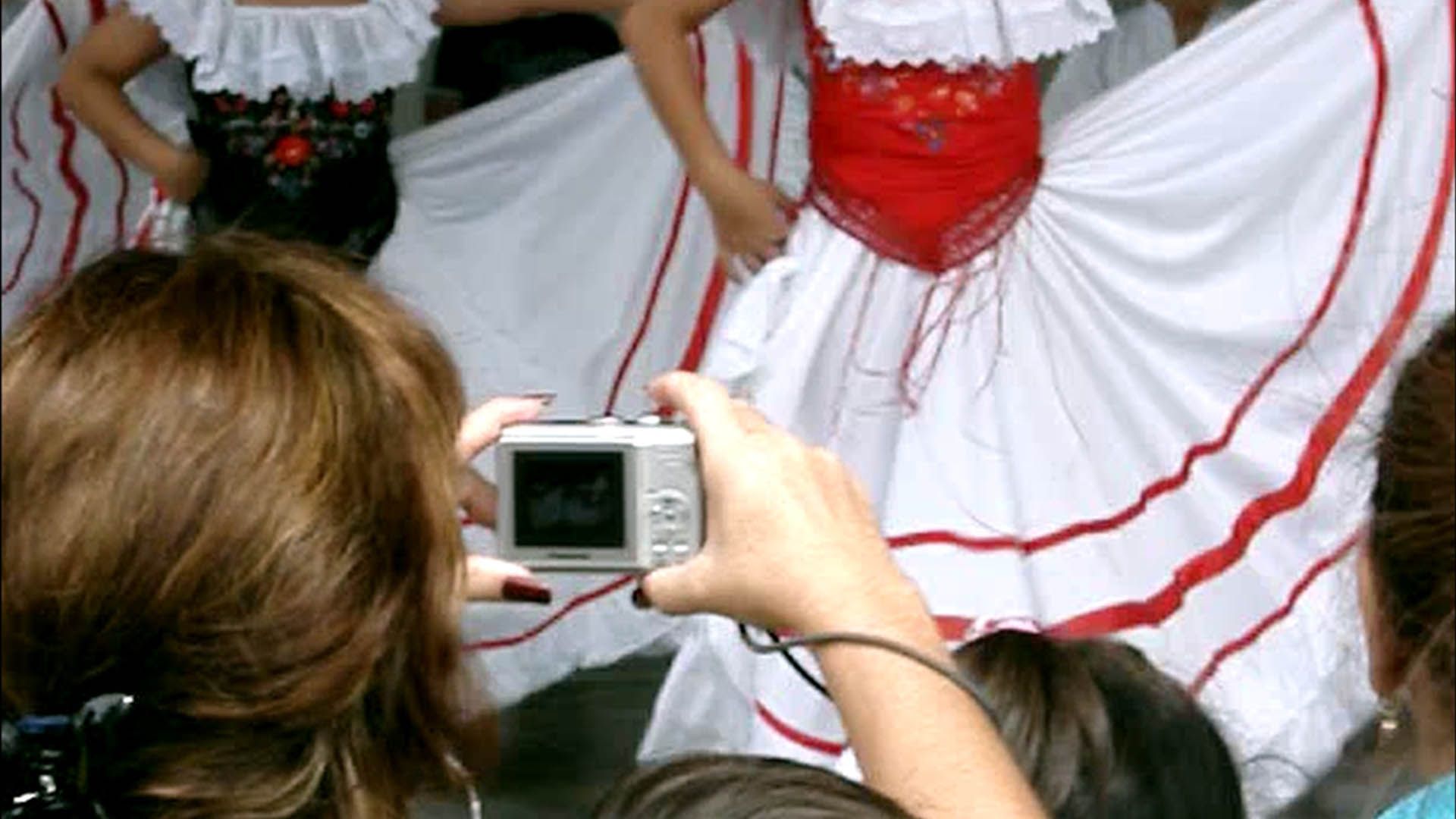 We daydream of fleeting memories as we try to build the future we were seeking when we emigrated. Daytime remains represents the memories that escape from the subconscious and appear fleetingly in the everyday life of an emigrant. The technique used to create it is found footage, recovering videos of my childhood and using others found in the Internet. Thus, the experience is not only personal, but also a collective one. (Verónica Alvez) 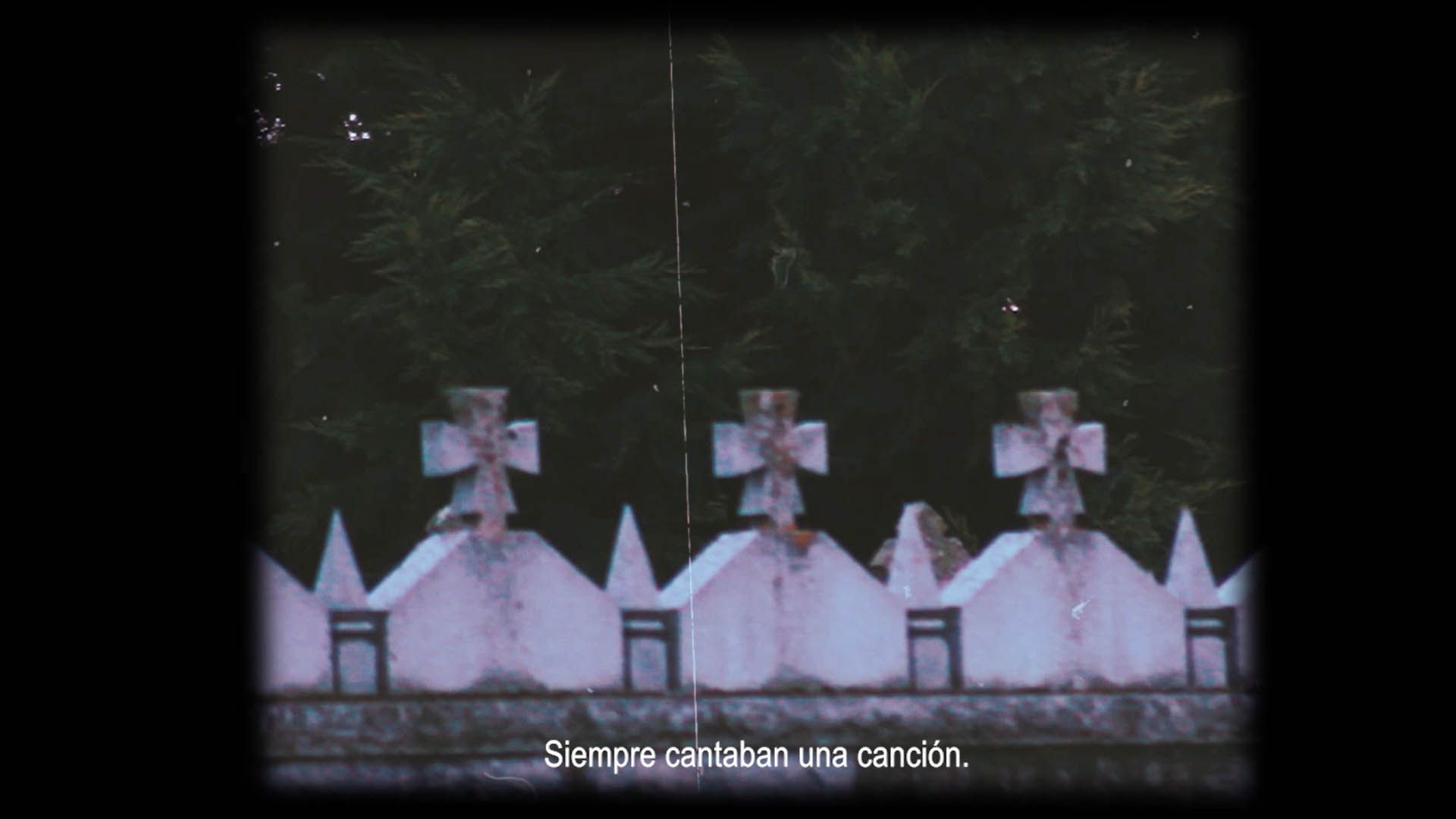 We all treasure in our memory some memory of our village. Places, people, games, moments… images with the appearance of an old film that have nothing to do with today’s rural situation, which is increasingly decrepit and abandoned. Based on a recording in different locations in the south of the province of Ourense and my memories of my childhood in the village, this project is intended as a space which, far from attempting to find answers or solutions, invites us to reflect on the unrelenting depopulation these places are suffering from. Retratos do silencio (Portraits of silence) in its formal aspect also arises from a reflection on the relationship between images and time, and on how the appropriation of the appearance of a certain format evokes past moments, as well as the emotions and sensations linked to them. (Mirian Opazo)

INSIDE IS OUT: CREATING SPACES THROUGH THOSE ONE CAN COUNT ON

The unprecedented activity that began last year in (S8) is being extended to this year. And it does so with the arrival of a careful selection of pieces made by students who are taking the Audiovisual course in their last two years of their Degree in Fine Arts at the University of Salamanca. The generous welcome by the Mostra de Cinema Periférico festival thus implies bolstering a dialogue that does not usually arise as much as it should, between two spaces: the film festival and the university world, who are both involved in fostering learning and encouraging creativity. The fact that this is happening fills us with great enthusiasm.

It is also cause for celebration that artistic expressions created within the university may find a space in which to raise their visibility outside the classrooms; and, in particular, that said space should be seen as a meeting place in which to bring them to life and animate them, not only by projecting them on the screen, but also by interacting with those attending an event that is put forward as an open one, thus achieving an experience impossible to replicate through a computer screen. The fact that (S8) is nurtured by proposals from young artists who work with the moving image represents a commitment to a new generation that brings a freshness to cinematographic creation that should also be appreciated. Furthermore, the fact that the Vice Dean of Students at the University of Salamanca’s Faculty of Fine Arts, through Estifen Tedejo, promoted the initiative that I have had the pleasure of coordinating and which, moreover, he did with such enthusiasm, is also cause for optimism.

The pieces that make up the programme, created by María Marlen, Sara Díaz, Natalia Pérez Novo, Lidia Rodríguez González, Lydia Paredes Vázquez, Verónica Alvez and Mirian Opazo, have been constructed using different methods for confronting the world in their desire to understand it: observing reality through a frame; finding refuge in the inside of a projector or a wardrobe in order to access an altered reality; becoming familiar with the materiality of everyday objects until they become less clear… and then promoting them for their importance; (re-)discovering oneself in a personal and collective archive; delving into empty spaces to end up finding substantial realities; and carrying out a rite to meat.

Beyond their variety, these proposals put forward the need to connect with roots, to reflect on memory and to reveal personal impulses and anxieties. They do so by trying to find answers in “the outside” to questions of a personal or intimate nature, but also by delving into an “inside” that reveals an external medium through which to express themselves. Despite the fact that each one points to different places, they can be interpreted together as a collective portrait of a generation faced with a post(?)-pandemic technological world marked by uncertainty and despair.

In many of them, curiously, the house is presented as the central stage, considered on some occasions to be the space for what is stable, for childhood and memory, and on others as the place where the most terrible nightmares take place. But furthermore, urban expressions of globalised capitalism also appear, such as the supermarket or even the proposition of a fluid journey through different landscapes and temporalities, in keeping with the constant change and mobility characteristic of today’s societies. These are places rife with melancholy and uncertainty, but also with wonder and strangeness; and even, in some cases, with hope.

The Faculty of Fine Arts, the only one dedicated to the arts in Castilla y León, would like to thank (S8), an exemplary festival in the Spanish panorama and one recognized on the international circuit, for the opportunity to take part in this initiative, which will involve students from a community so they may enjoy some of the most interesting expressions of contemporary experimental cinema, as well as providing their own contributions. We hope that next year we can continue to be a part of this fantastic adventure in which to inhabit Paradise.