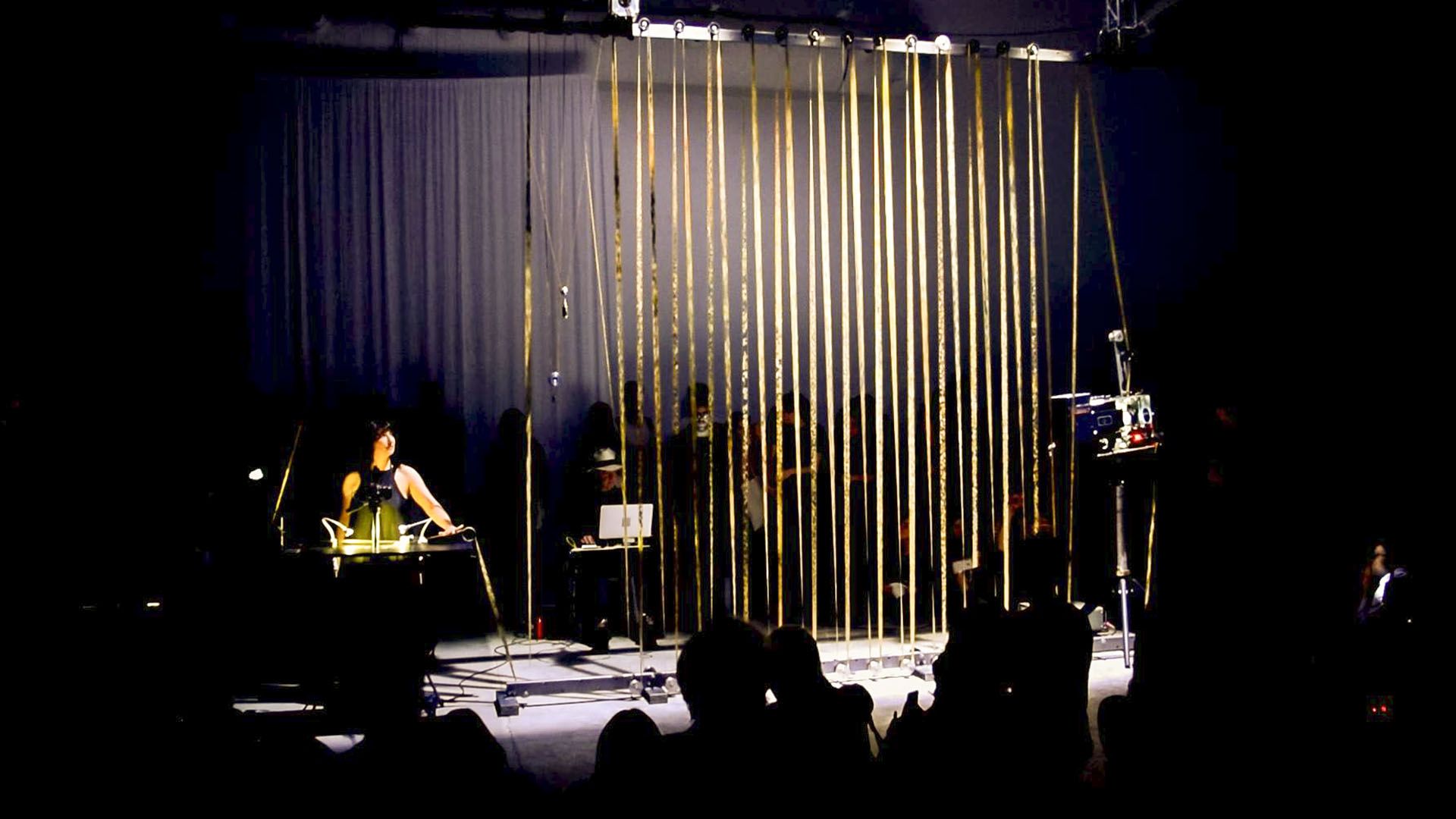 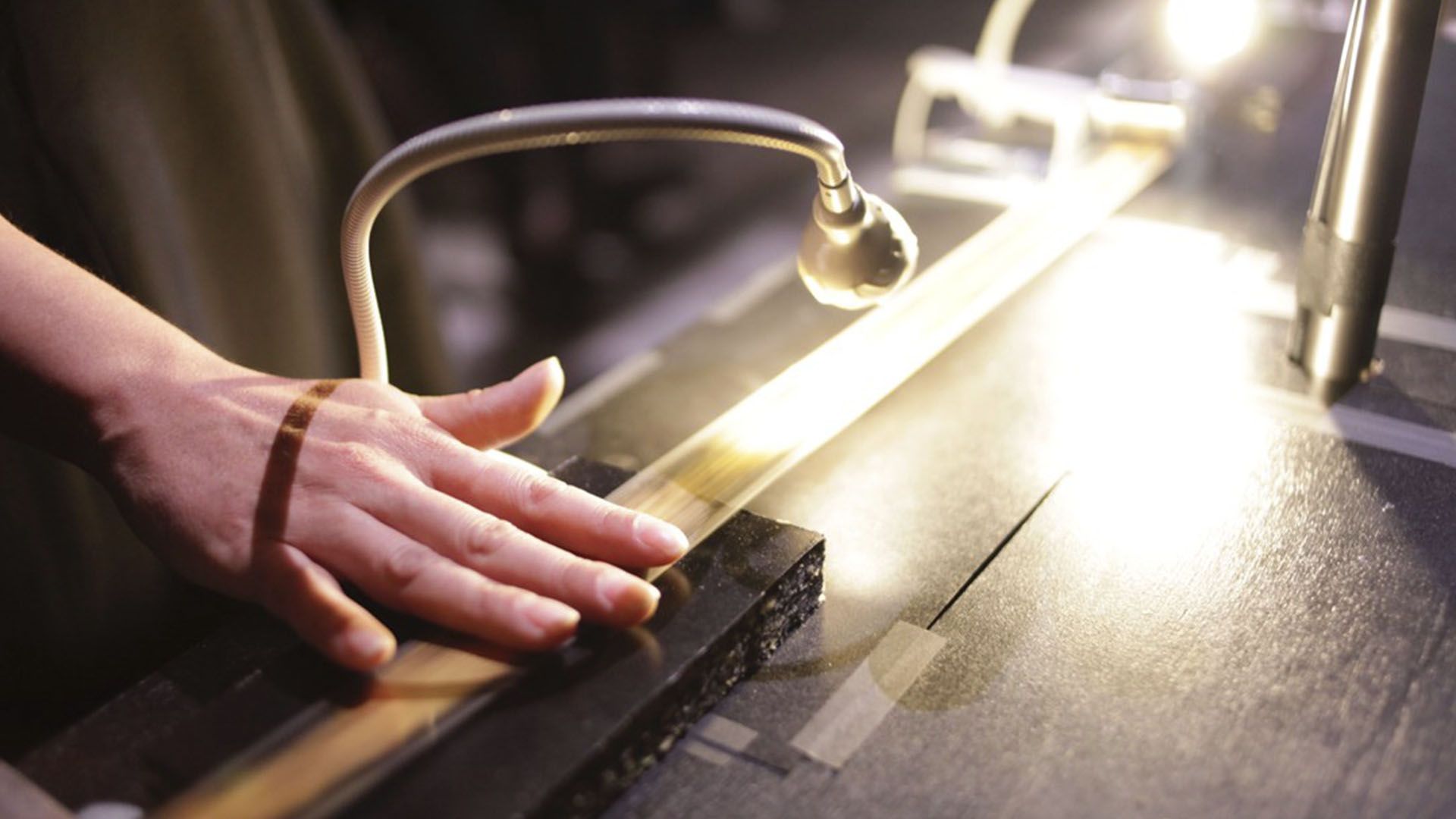 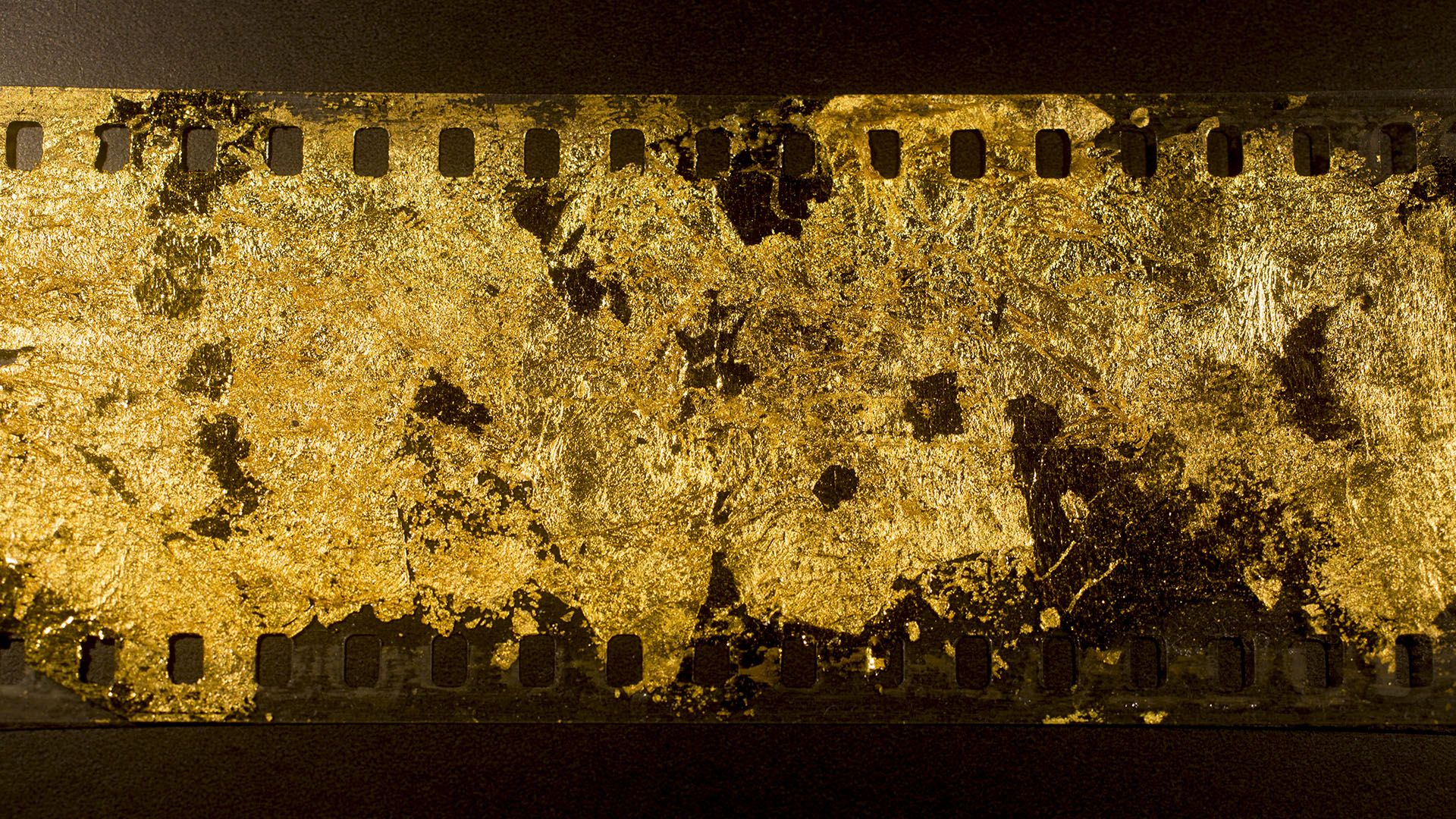 Deneb Martos’ artistic work concentrates on photography without a camera and on experimental cinema through different studies into chemigram and still techniques. In her work, the material of film takes on a direct relationship with the traces and physical imprints of the materials with which she works, such as human skin itself, wine and the organic compounds related to its ageing process or, in the case we are concerned with now, gold. Gold Film is an artwork that is at the same time a sculpture, an installation, a film and a performance, modeled on a film made by working directly on celluloid with fine sheets of gold. For her exhibition, Martos has built a prodigious structure or machinery with which we can see the effects of the material as it passes through the projector (light and shade, abstract impressionism in movement), while we can also contemplate the gleaming strip of gold film both physically up close and magnified on the screen. It is a spectacular mise-en-scène in which the experimental musician Wade Matthews converses with his improvisations on sound, and in which Martos’ body and actions also come into play, changing the artwork’s relationship with the space where it is projected and with the public.

“Added to the mystery and beauty of the work, there is the ancestral symbolism of gold as a material of the imagination, of light and of knowledge. In contrast to the grave, solemn gold of the past, whose most deeply-rooted meanings were eternity and magnificence, in Gold Film Martos offers up the gentle palpitation of a strip of gold as a metaphor for the magic of space and time made eternity in an instant. The skin of the golden surface thus becomes a subtle metaphor for a transition from one state to another. Perhaps this film hanging vertically like scrolls of ancient papyrus contains encrypted messages for initiates in the shadow of gold.”

Diana Angoso, “The shadow of gold: material poetics in the work of Deneb Martos”