AN IMAGE IS SIMULTANEOUSLY ALL IMAGES AND NONE

It is with these words that Aldo Braibanti –a genius made into a ghost by the Italian society– revisits the excerpt in which Heraclitus –certainly familiar with the fact that “the true nature of a thing tends to hide itself”– revealed the paradox inherent to those affirmations that refuse to go beyond mere appearance.

“Latent” is that which remains hidden because it hasn’t revealed itself explicitly. Latent is that what we can glimpse and somehow sense… but not completely, because there is always a part of it that remains concealed, that hides (from our sight). You need to squint your eyes to see more clearly, to explore those veiled territories that reveal themselves in their very act of avoiding our gaze; territories where all of us –the filmmaker and the viewers– can discover a distinctive glance, an idea, a feeling. Each and every object that surrounds us, each and every body, every image of the world is of a latent nature (and have a latency period): each and every image conceals something to reveal something else. That is why one image is every image and, at the same time, no image in particular.

Nomadica’s itineraries unfold towards a continuous veiling and unveiling. Our purpose is to elude sharp shapes, capital T Truths, standardizations… in order to exist in an undetermined becoming that has the potential to lead us into unknown lands where we can regain our ability to wonder and play with the risks and pleasures that come along with it.

We are fascinated by that sort of limpid, “supernatural halo” that envelops the body/image of cinema, and which plays a major role in the films we propose in this program.

For (S8)’s 12th edition we have curated a program that has to do with us, in many ways, and that is also familiar with all that we have stated so far. The program includes five films –although there could have been 500 of them– made between the late sixties and the early seventies, and which we present as fantastic/ghostly cases within the Italian experimental scene; films whose origin, methodology and authors are, indeed, very diverse, but which share (at least in our eyes) that latent quality (of cinema): a latency of images, of artistic acts, of bodies. Some of these, however, were forced to lie latent: the Italian underground scene is filled with films and filmmakers that remained hidden due to oblivion, one that was imposed by the political-financial projects that led culture into different paths –those that somehow have brought us where we are now.

What we find truly fascinating and wish to bring to the front here is that game of looking at that which averts the eye, of trying to apprehend the presence through the veil (that seems to be inherent to all experimentation, to all acts of searching), which always ends up revealing our own vitality, our own potential, and which enlightens us, turning the clouds away. 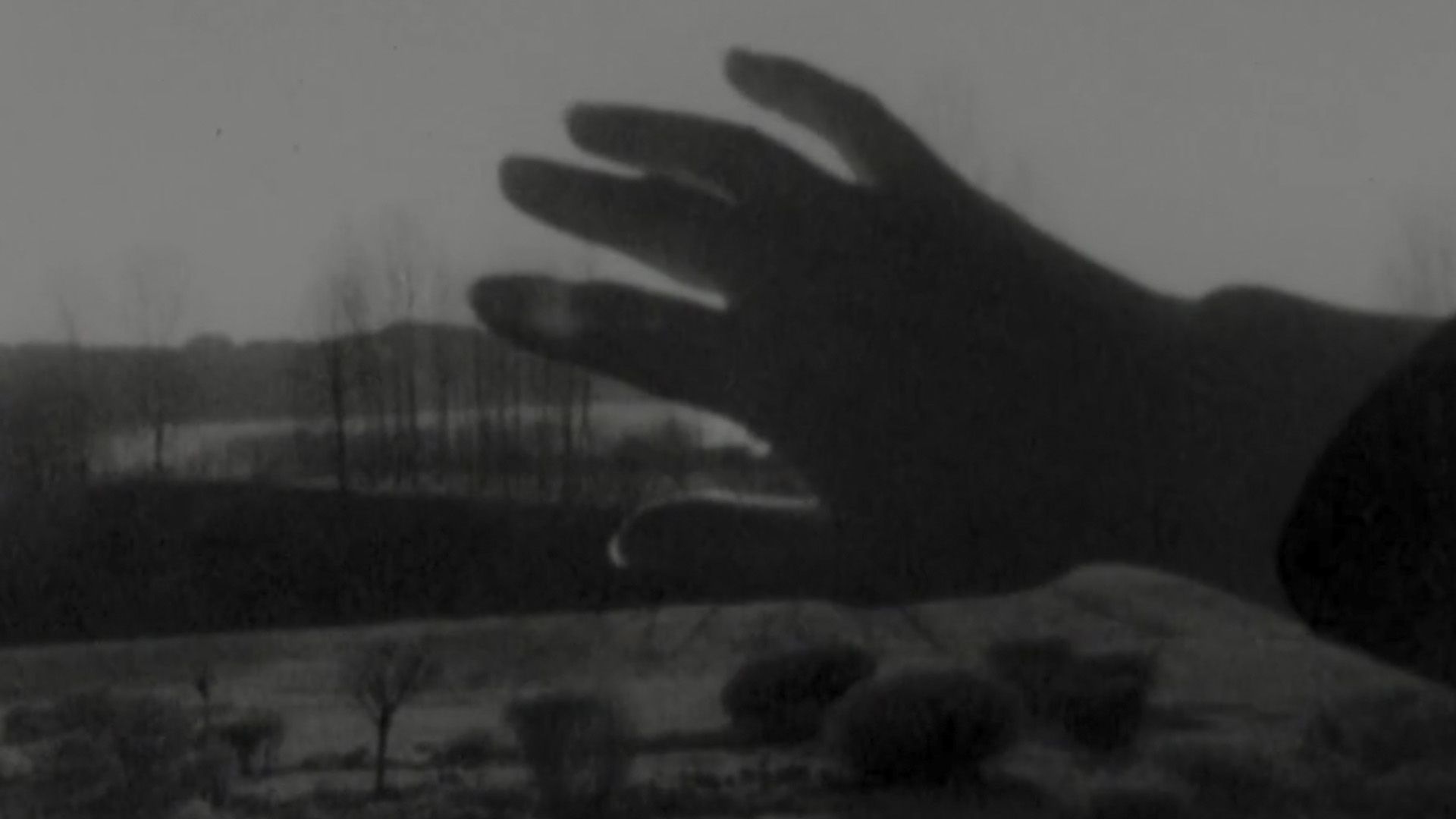 Sole in mano is the only black and white film by Marinella Pirelli. In it, the author uses her hand as a secondary shutter, creating intense value contrasts. The piece explores the (intimate) eye-body-person relationship, bringing into play minimal gestures that focus on the insistence of the gaze. The camera films a horizon while the filmmaker’s hand and her eye attempt to apprehend the very matter of light. The sun becomes a dot, a cercle, a sphere –ultimate, obsessive shape. 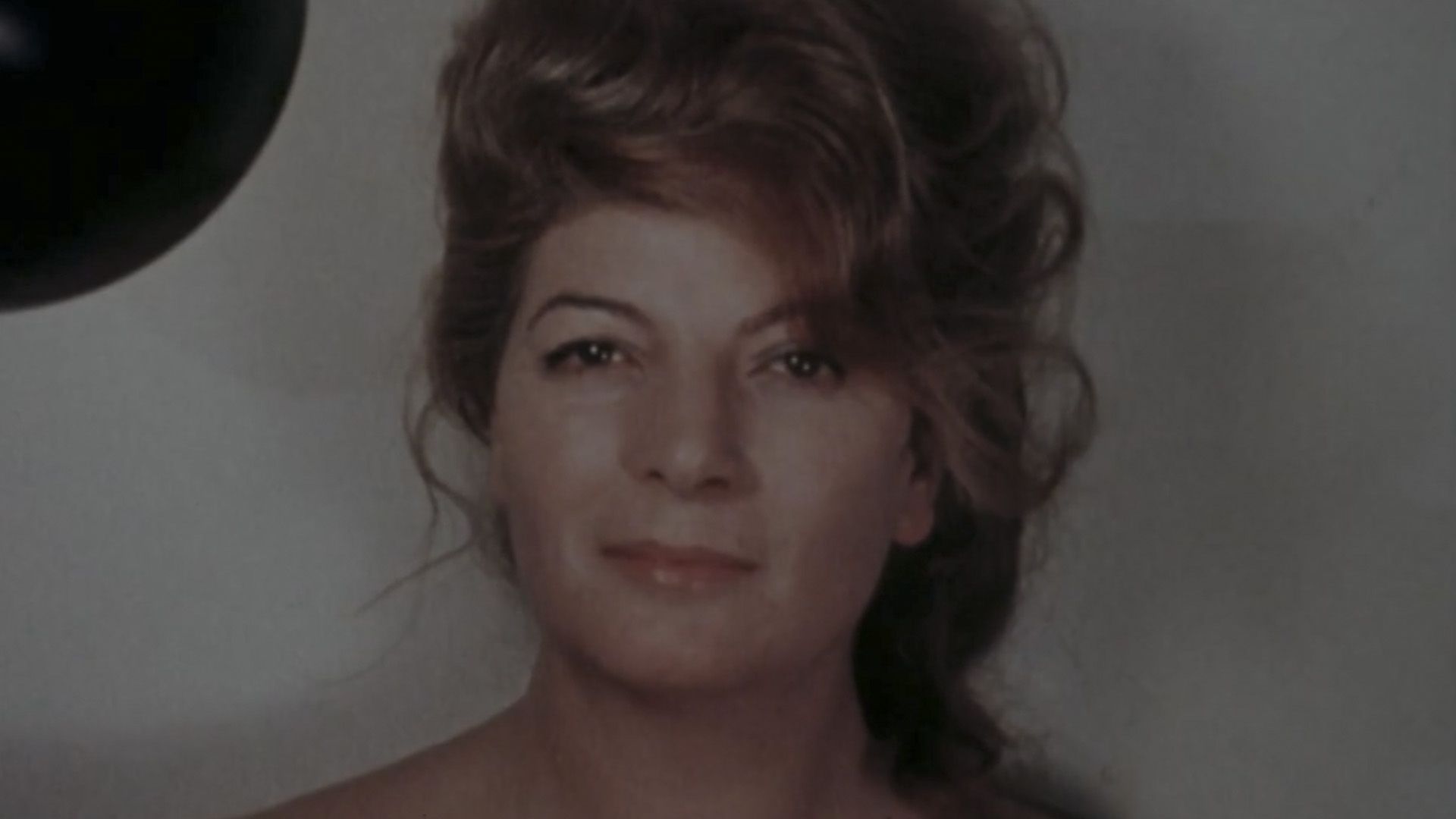 “I made this film by recording myself –I’m the main actress and the camera operator. In the sequences where there’s movement, I walked around holding the camera (facing towards me) in my hand. There was no one to control the images that the camera was capturing as I was filming. The camera was my own companion: now, you will be my companions, too.” (Marinella Pirelli, January 1974) 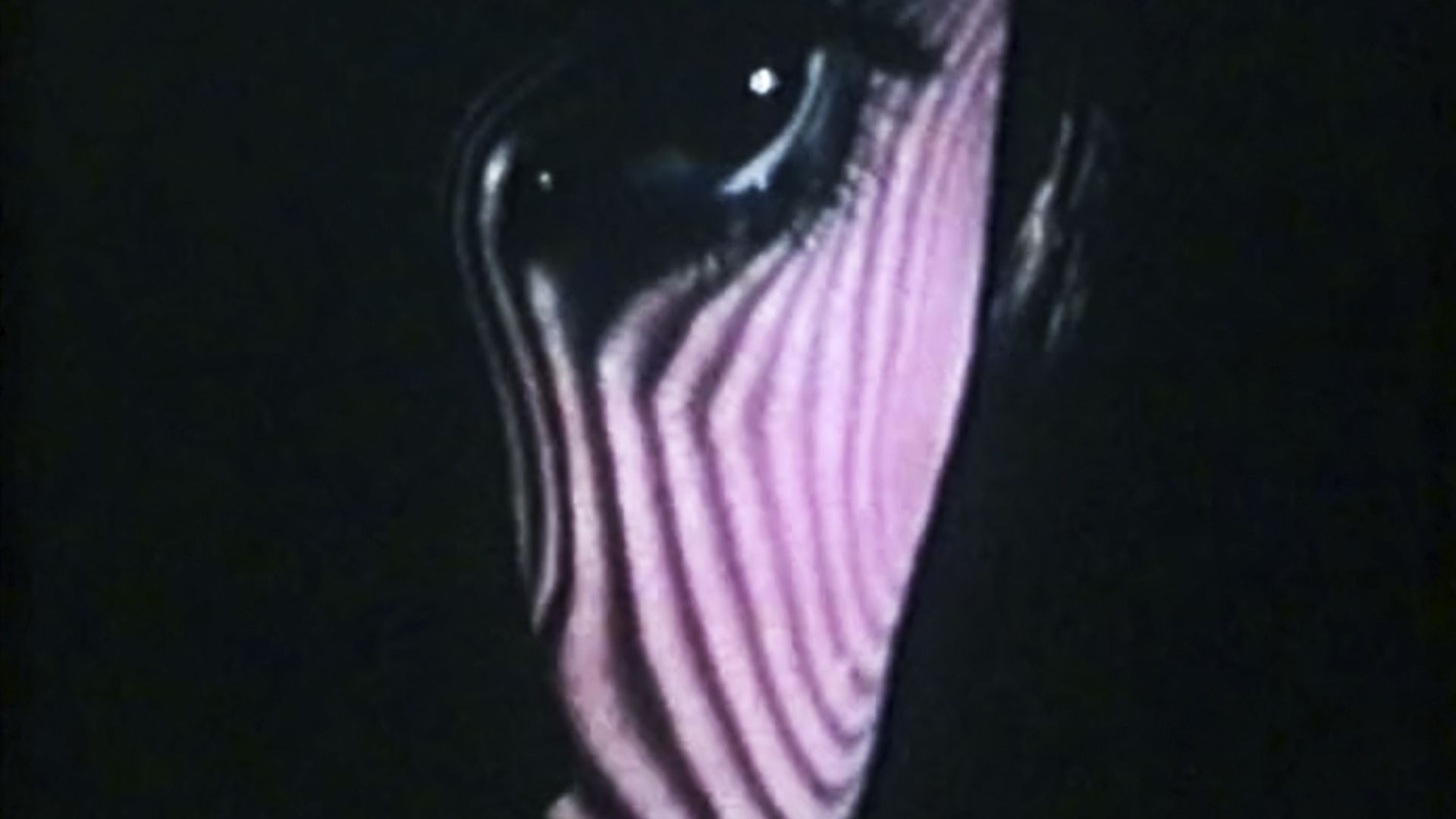 Film experiments-incandescence/filming-percolating sunlight through the hole of a running film projector. Geometric bodies that spin. Mirrored rays of different colors. 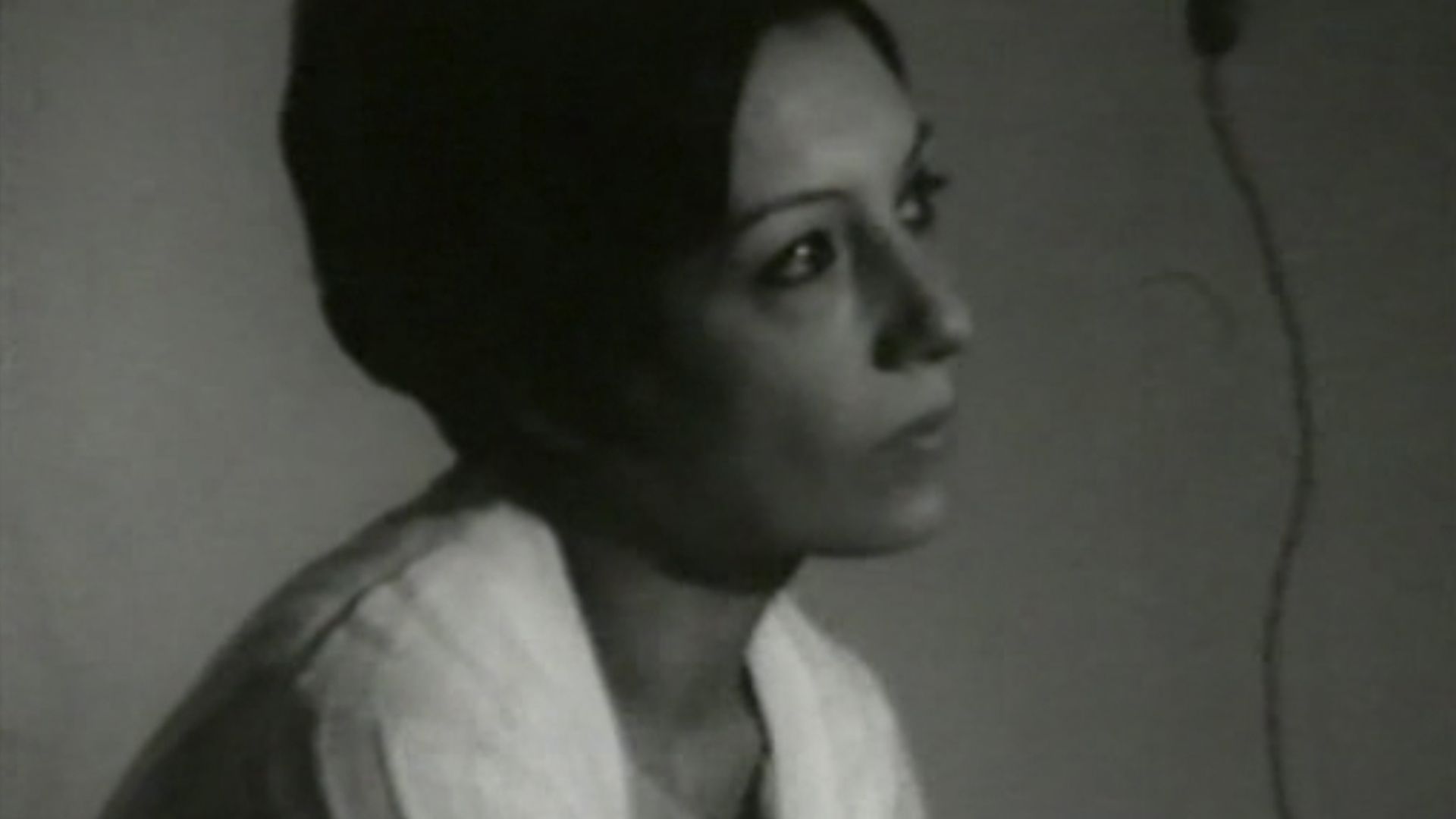 “A portrait of a friend, Nelda. A film shot casually, developed casually –an act of love. I perceive Nelda: woman-matter-energy, her Unity… I exclaim Oh! To know that I am a fractured present, oh! A presence that has become a biocosmic fraction in a flash of wonder, oh a bulb has been lit, my body is shaking, oh the pulsation that sets me quivering… oh the modulation of the heartbeats of my musical instrument heart, oh! I am happy! I lost my body while loving it… The processing method –a variation of the one used in Trasferimento di modulazione– has been refined in this film, applied knowingly and with scientific determination, that is, in an experimental way.” (Piero Bargellini) 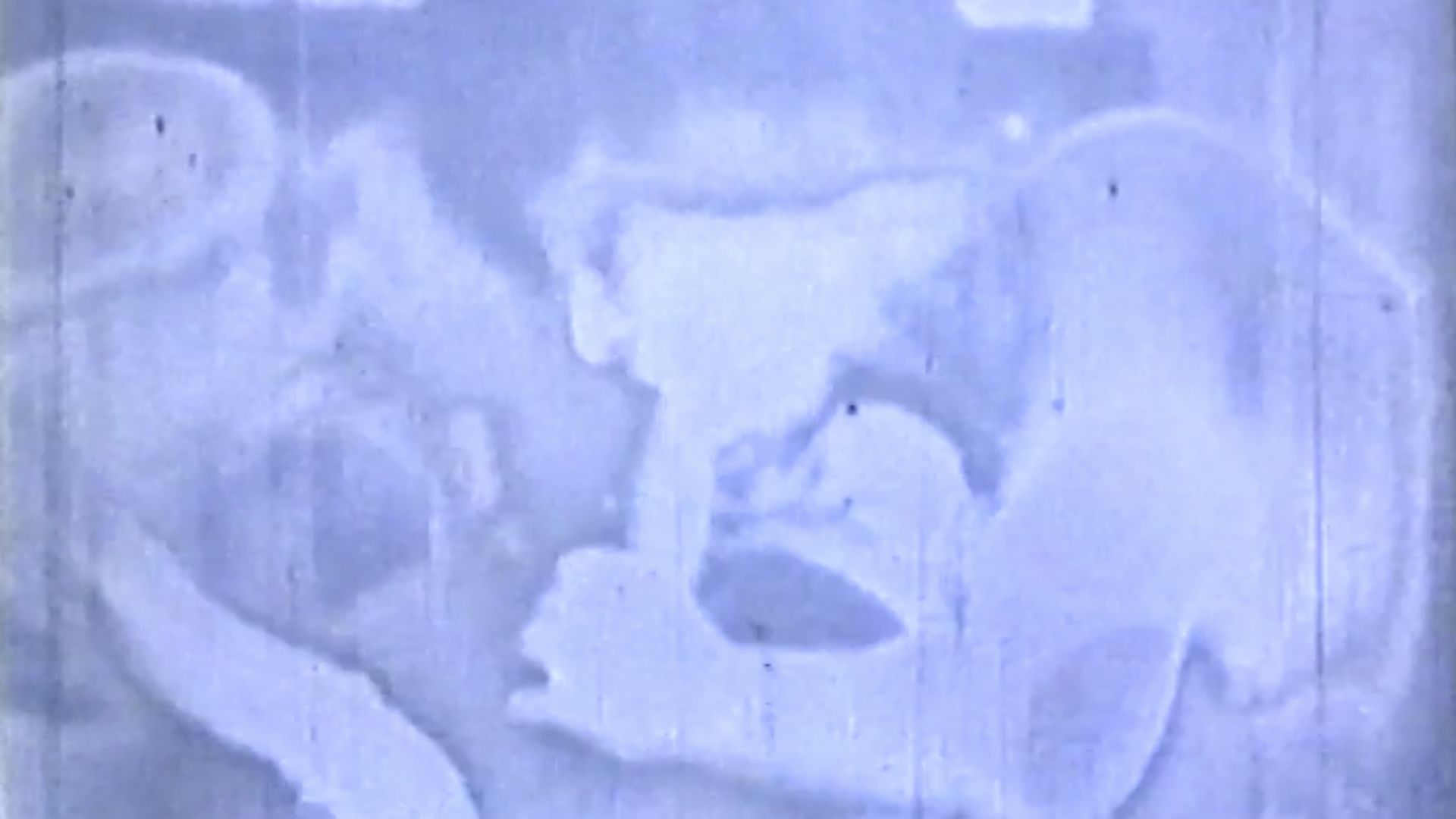 “A latent image is an image that is there, though it can’t be seen. It contains the halo, the colored membrane of the iris. In the process of developing black and white film, there is an instant when the latent image reveals itself… and immediately vanishes. If you stop at that very moment, you might be able to capture the latent image before it fades away. In Trasferimento di modulazione I managed to capture the halo –if you watch the black and white film, you will be able to perfectly discern the yellow tones, the blue nuances, the almost bioelectric whites. It is said that the negative is the soul of the image, which comes out when an image is born, when it comes to light… But the soul of the image is the latent image, which comes out before the negative image, in the very instant that an impression is made onto the film strip, when it is exposed to the light –this is the frame’s first form.” (Piero Bargellini)