Sala (S8) Porto | Wednesday June 1st | 6.30 p.m. | Free entry to all venues until full capacity. It will not be possible to enter the venues after the screening has started. 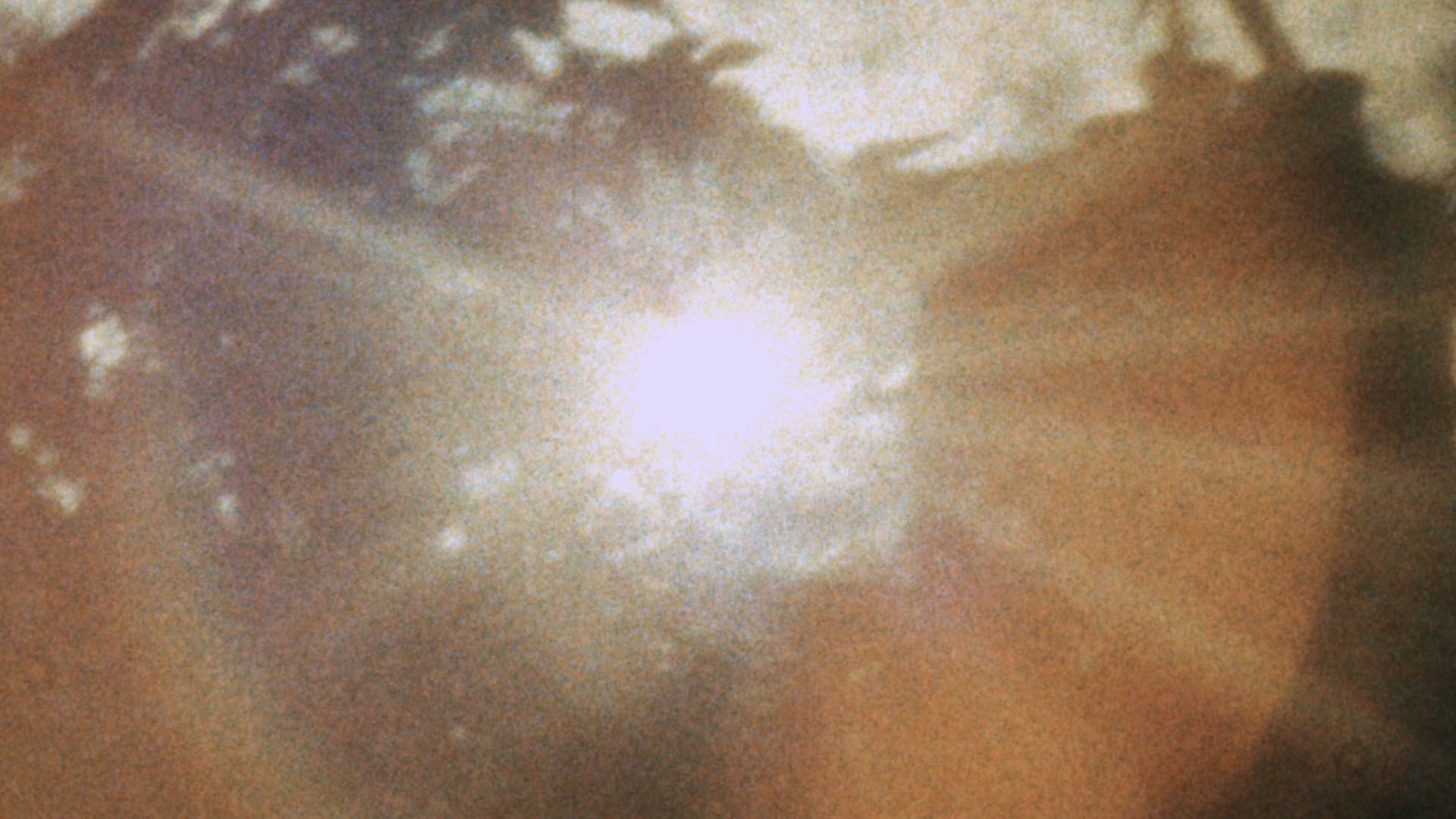 A therapist I once had taught me that counting to four on inhaling and to six on exhaling was the most effective bioregulatory method for combating anxiety. From March to August 2020, I took my camera while repeating these exercises, filming during the inhalations. At first it was an attempt to cope with things by trying to record calmness in the midst of the global crisis, which halfway-through the reel became a journal of how those same breathing exercises turned into a rehabilitation exercise following a sudden illness and hospitalisation. (Blanca García) 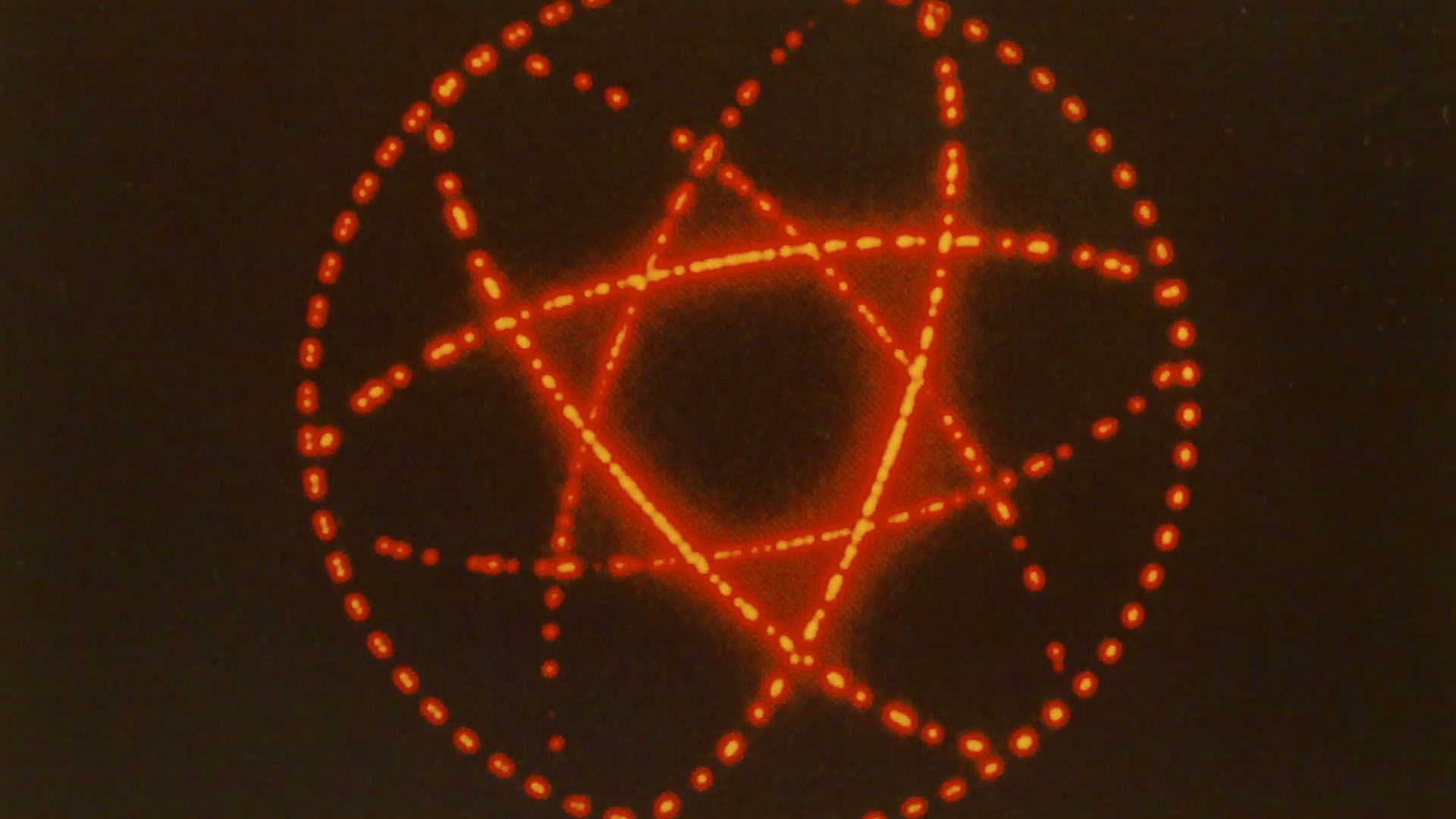 Jordan Belson, a pioneer in experimental animation and expanded cinema, combines various interests in Allures: all of the Oriental spiritual paraphernalia so in vogue in the sixties (yoga, Buddhism, mysticism and meditation) with a fascination for science, from the micro to the macro (from molecular structures to space travel). With cosmogenesis as the theme and the mesmerizing power of mandalas as the inspiration, Allures is one of the first films where Belson abandons traditional animation to experiment with animating entirely with light, inspired by his famous Vortex concerts at the San Francisco Planetarium. 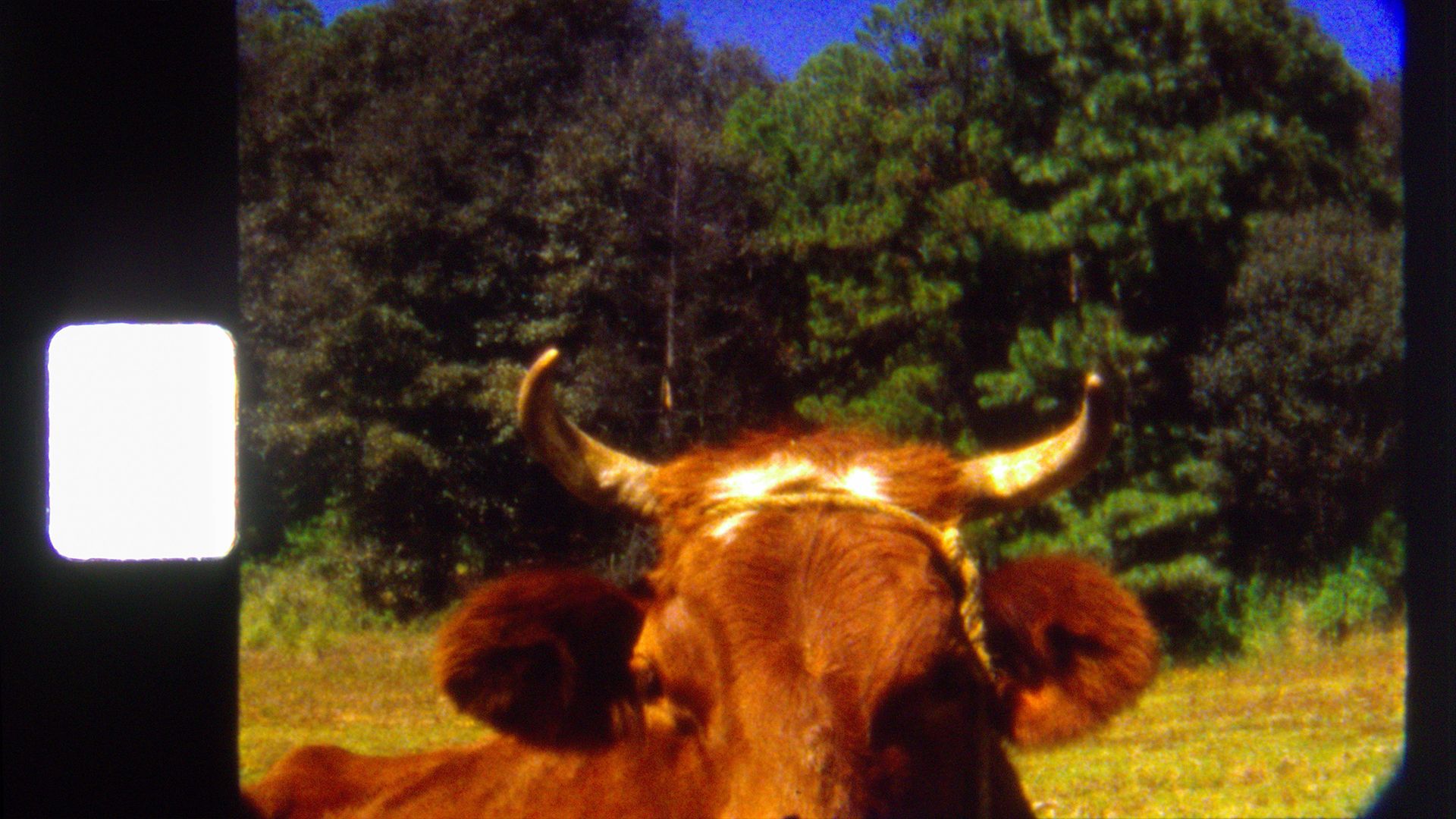 Tigre del Carbón is an imaginary place on a map of affections, where Mexican hawthorns, orange trees and plum trees coexist. It is an island and a valley reached by ascending staircases from all eras. (Azucena Losana) 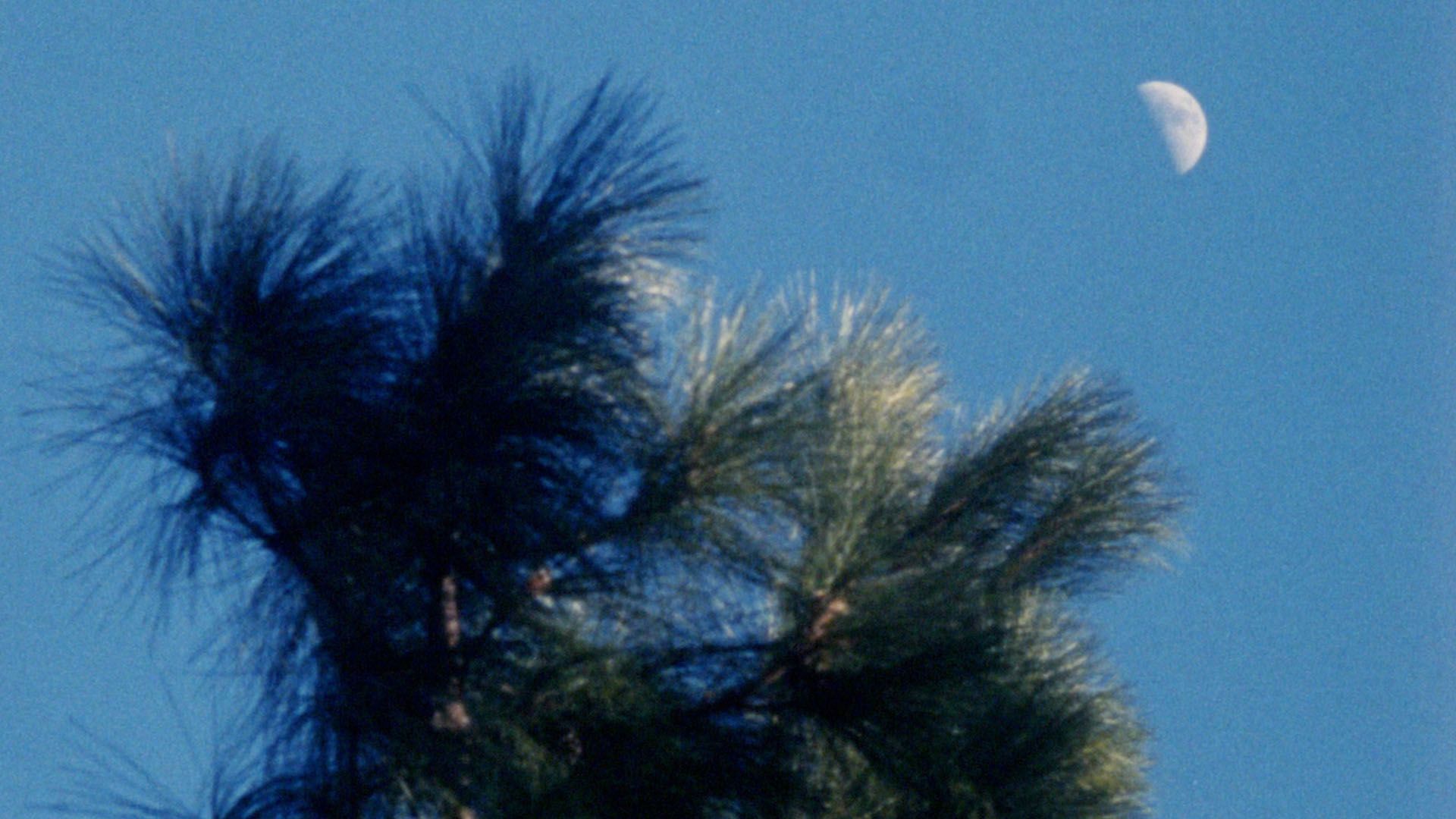 A half-moon in the blue sky. A silent offering connects the intangible world with the physical earth. An elegy to the filmmaker’s grandmother. (Erica Sheu) 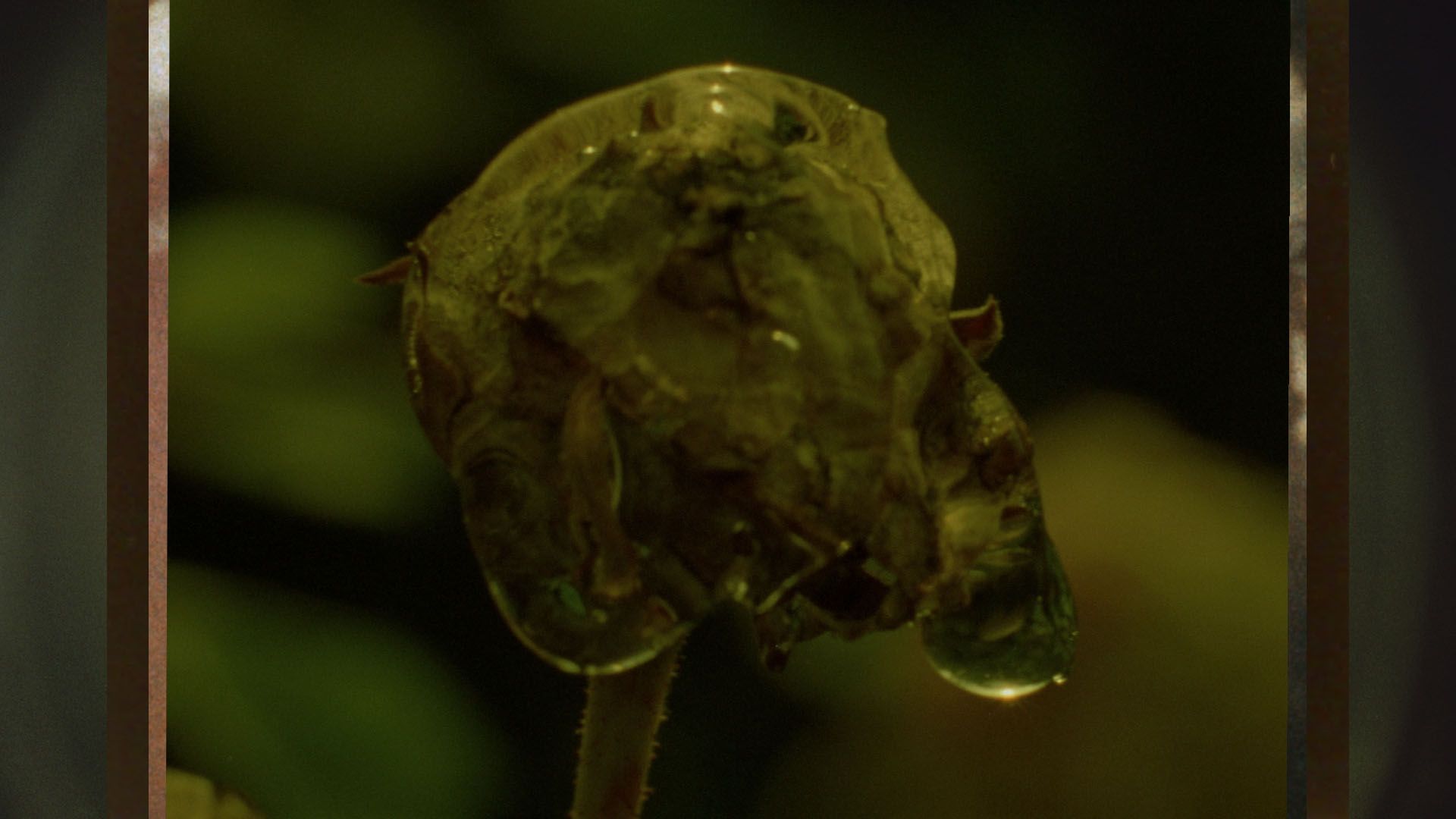 Comfort Stations is a set of found images and sounds together with written instructions that make up a kind of psychological test. The participants must be open to experiencing these events with all their senses. Feel free to take part, but please remember to treat these experiences with caution. 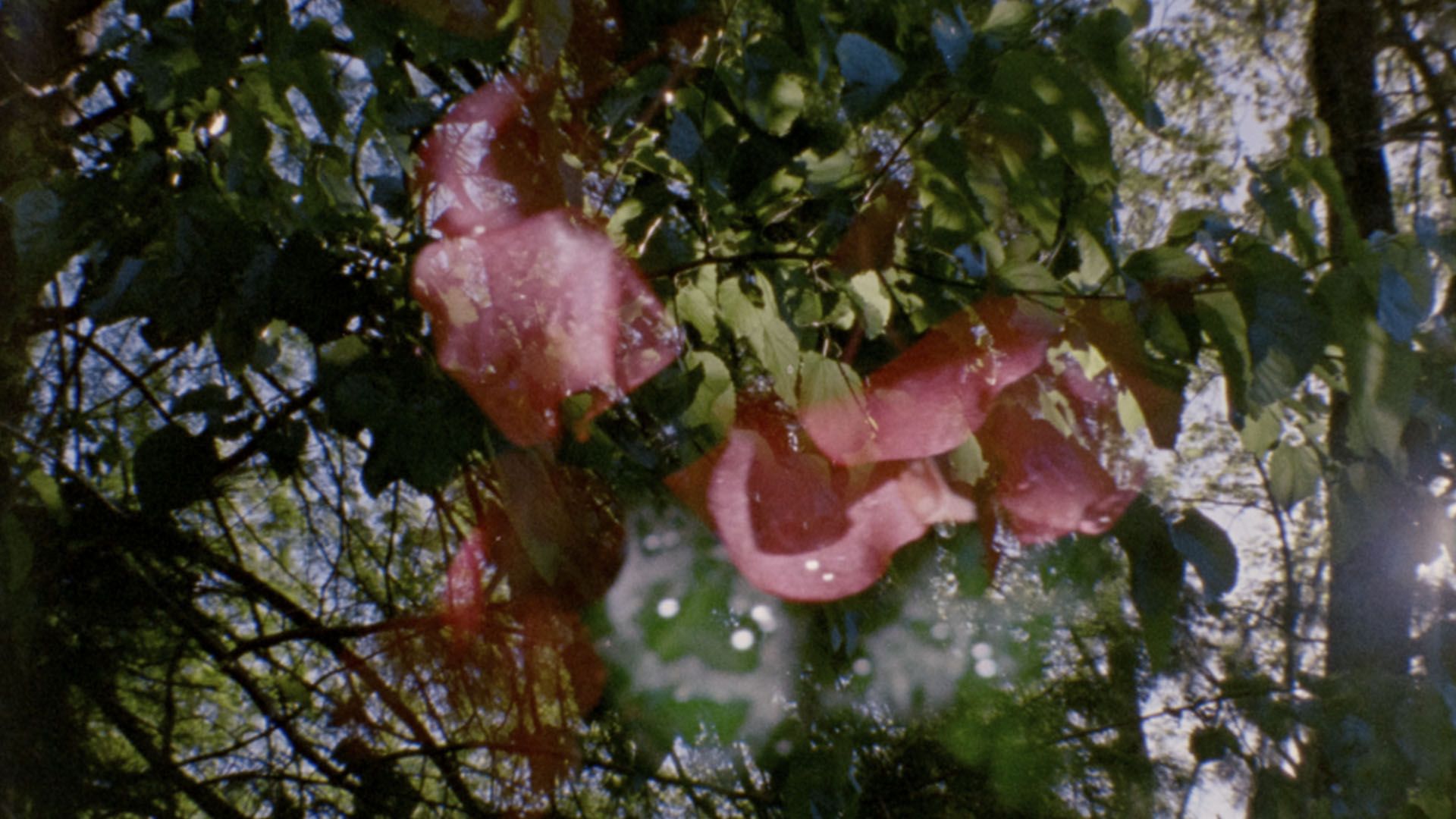 What is Lugano; what is Mataderos; what is Madero? Mental connections bring with them the matter of memory, which also implies the matter of forgetting, to the extent that only by actively forgetting can the journey be made for them to remain. Villa Lugano, located south of Buenos Aires, is the district where my grandparents from Italy settled after fleeing World War II. My mother grew up there and my brothers and I were born there. Lugano mental is a blurred (muddy?) trace left behind that attempts to put together a puzzle with several pieces that are no longer there. It is an animal that goes through the night white-eyed; the pieces of a game lost beforehand. (Sergio Subero) 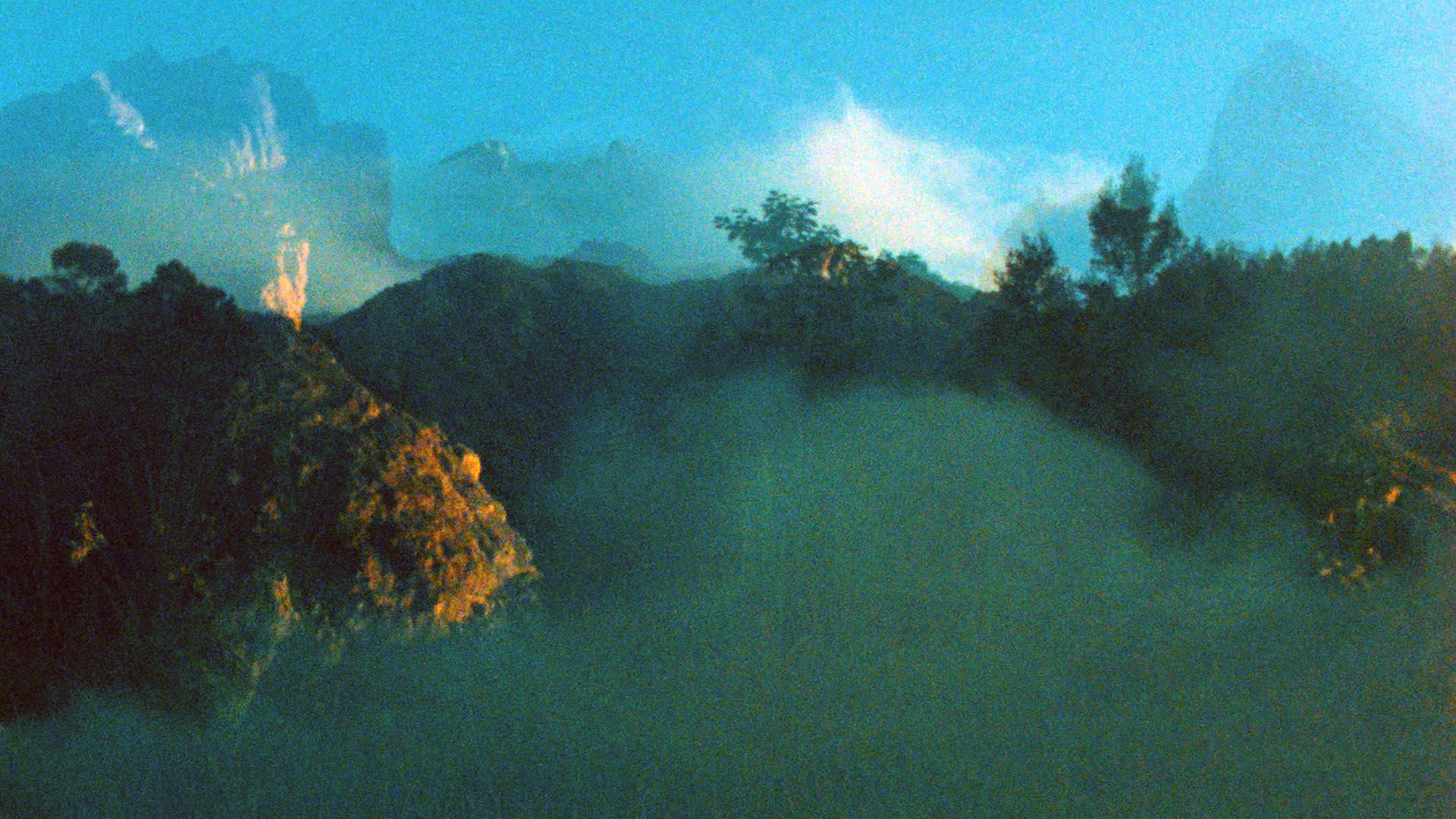 This is a study of Mount Merapi, in Indonesia, a volcanically active land. “Beyond the alchemy of the vista, there are the consubstantial sociopolitical and economic layers. The mountain is a part of the syncretic beliefs of the people of Java, but the volcanic rocks are also the basis of the local economy, particularly cement production and construction. Szlam’s film hints at the latter by presenting the concrete nature of Merapi’s rocks, observing them with a cool, almost scientific detachment, as if attempting to decode their mineral content. Here, we have finally reached the substratum where spirituality is anchored to earthly experience; and destruction and reconstruction; and the rituals of death and renewal, all find their concrete manifestation. (Ela Bittencourt) 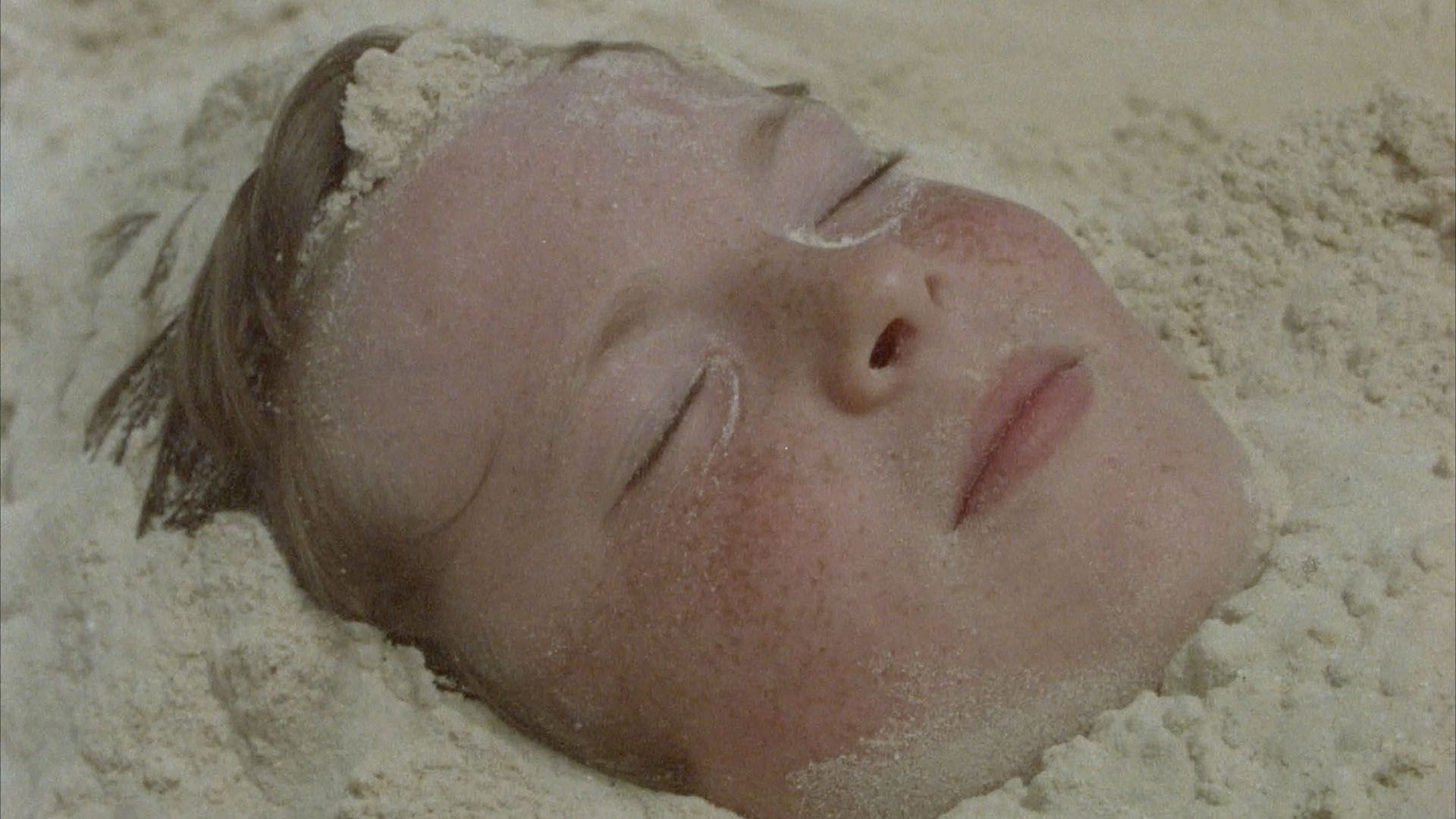 The Sea Series make up a long-term project by John Price that has been undertaken since 2008 and already has more than twenty in-camera impressions of different marine views. They are delicate pictorial impressions that explore the mechanical, photochemical and optical possibilities of filmmaking. This installment, number 23, was filmed overlooking the Atlantic Ocean in the Yucatan Peninsula, ancient Mayan territory today developed for tourism. “Somewhere between heaven and hell. A 16mm haiku to mark the occasion.” (John Price)

Watching a movie is, or can be, a meditative activity; a moment in which to inhabit the present of what is being projected on the screen, to connect with the images shown before our eyes and let them flood into us. A cinema theatre is the most suitable space for this: comfortably seated in the dark, this state of concentration also becomes a collective experience. After having felt that place of refuge to be threatened by the state of things in the world, which relegated the cinema to forced confinement on a computer screen, it has now become clear how necessary it is to be able to concentrate and truly watch films. Indeed, attention spans always seem to be scattered these days, divided up amongst a thousand tasks, concerns and notifications.

The programme we are proposing affects this idea of the cinema as a place to gather through films, giving rise to a mental space being created in which there is only the here-and-now of what is being screened. The cinema acts as a balm, a place of rest in which to clear out the cacophony of information and the abundance of stimuli surrounding us. Hence, the session has been planned as a kind of tour providing an experience after which, we hope, we can go out into the world renewed.

We begin with Breathing Exercises by the Asturian filmmaker Blanca García. This is a film in super 8 that follows a pattern of breathing as a technique to calm anxiety. García films in shots that are in time with the duration of her inhalations and exhalations, and what she captures is nature, light, colour and various gestures, all with a calming delicacy. With an invitation to synchronise the audience’s breathing with that of the film, we achieve the physical and mental state necessary to anchor ourselves into what is being projected. Allures, by Jordan Belson, is an animated film that transports us into space, in a constant movement towards a kind of emptiness that also aspires to empty our minds of invading thoughts. Belson, who is interested in Oriental philosophies, has mandalas very present in many of his films (a word from Sanskrit meaning “sacred circle”): concentric geometric figures that represent the universe, and whose intention is to focus our energy on a single point during meditation. Once we have reached the right wavelength of mood, we enter into a series of experiences in which a connection with the environment is essential.

Tigre del carbón, by Azucena Losana, blends many places into one thanks to film. Losana, torn between Argentina and Mexico, creates a kind of impossible place where pleasures and affections converge, a haven of peace with plants and animals in quiet stillness, taking refuge before the storm. In pài-la̍k ē-poo, Erica Sheu creates a beautiful time capsule bound for the afterlife. It is series of images of the outside world: grass, flowers, the sky, reflected light; a resting place for the living that serves as a message and consolation when faced with the disappearance of loved ones. Continuing with an idea of images as therapy, Ojoboca (Anja Dornieden and Juan David González Monroy) offer us a “found” film that is supposedly part of a psychological test. The purpose of the film is to “activate one’s senses” in order to reveal the participants’ individuality. And although Ojoboca’s work plays precisely with the idea of scientific method to elaborate ingenious jokes, it is true that the film’s natural images captured in macro and accompanied by a hypnotic sound (made with a collage of songs mentioning the word “dream”) certainly massages our minds and opens up our sensory channels. In its very title, Lugano mental by Argentine filmmaker Sergio Subero begins to play with the Spanish expression “laguna mental” (mental lapse) in order to establish a link between memory and forgetfulness. That is certainly what the play between images and moments in black evoke: overlays that emulate the ways memories work, confused and intermingled, sometimes cancelling each other out. In any case, the film sets up a direct relationship with an inner space of silence between the maze-like connections of the brain.

Merapi (and Altiplano) convince us that few people today can film the landscape the way the Chilean Malena Szlam does. The words “monumental” and “imposing” spring to mind when we are confronted with her film about Mount Merapi in Indonesia. There is a striking beauty combined with the menacing nature of the landscape, spread over an active volcano. The feeling of an unrepeatable present and the focus on the wonder that surrounds us takes on a new nuance with the reminder of our mortality, which links us in communion with the rest of the plant and animal inhabitants on our planet. The session closes with a film in which one can settle down to live: number 23 of the Sea Series by the Canadian John Price gives us two images of the sea, of the beach, culminating in the lazy play of a boy and girl in the sand. It is childhood seen as that moment when one’s direct experience of the world is not mediated by thoughts and duties, and when every moment grabs hold of our senses, leaving indelible marks: the stuff of which future evocations will be made. Our complete presence in the cinema seats is thus anchored into this mental space, an imaginary place in which to recover the clarity and lucidity that we so need.