Sala (S8) Palexco | Saturday June 4th | 12.30 p.m. | Free entry to all venues until full capacity. It will not be possible to enter the venues after the screening has started. 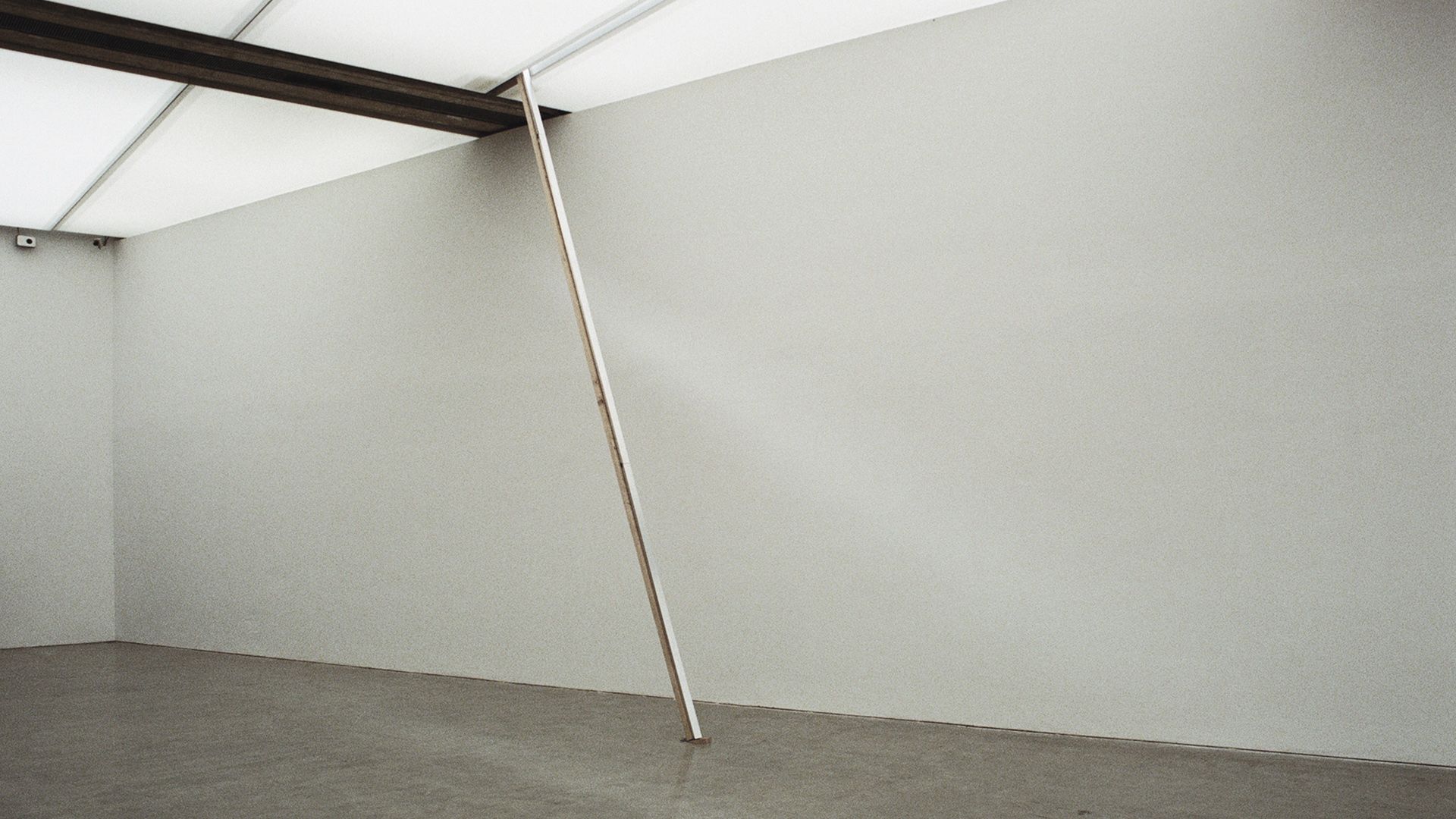 A Fleischmann-style portrait of the now defunct Generali Foundation in Vienna when it had already closed down. As in most of Fleischmann’s artworks, this work was not commissioned by the institution, but rather operates within the interstices of officialdom. 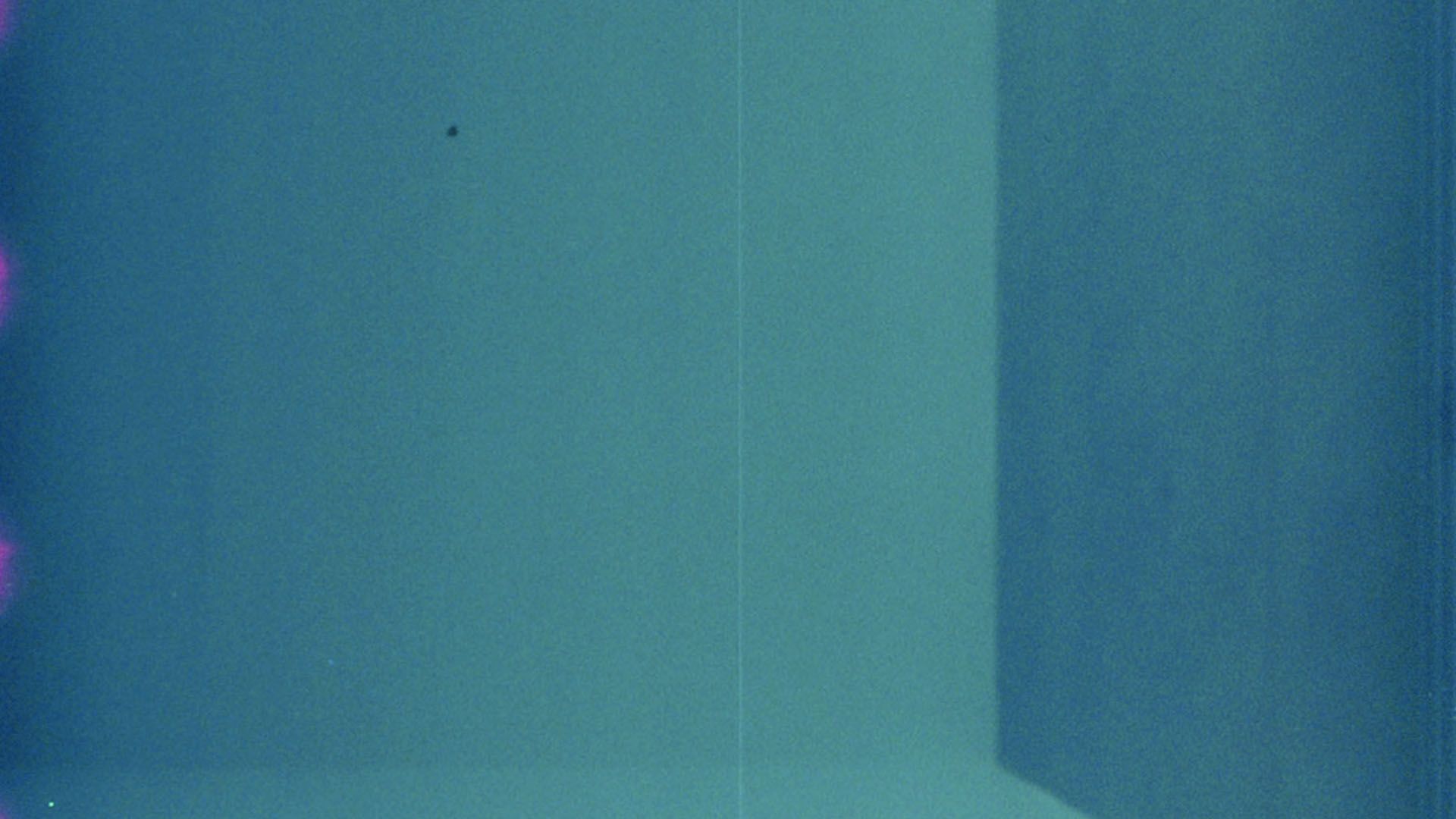 Main Hall can be understood as a double intervention about the myth of the white cube. On the one hand, it is an ironic commentary transforming the space itself into an object of art, a gesture so self-referential that, in Fleischmann’s work, the space indeed is made to look at itself. On the other hand, inside it lies a conscientiously non-ironic attempt to regard the space, which has taken on such a prominent role in art discourse, anew, in a way we as humans would not be able to without the medium of analogue film. (Alejandro Bachmann) 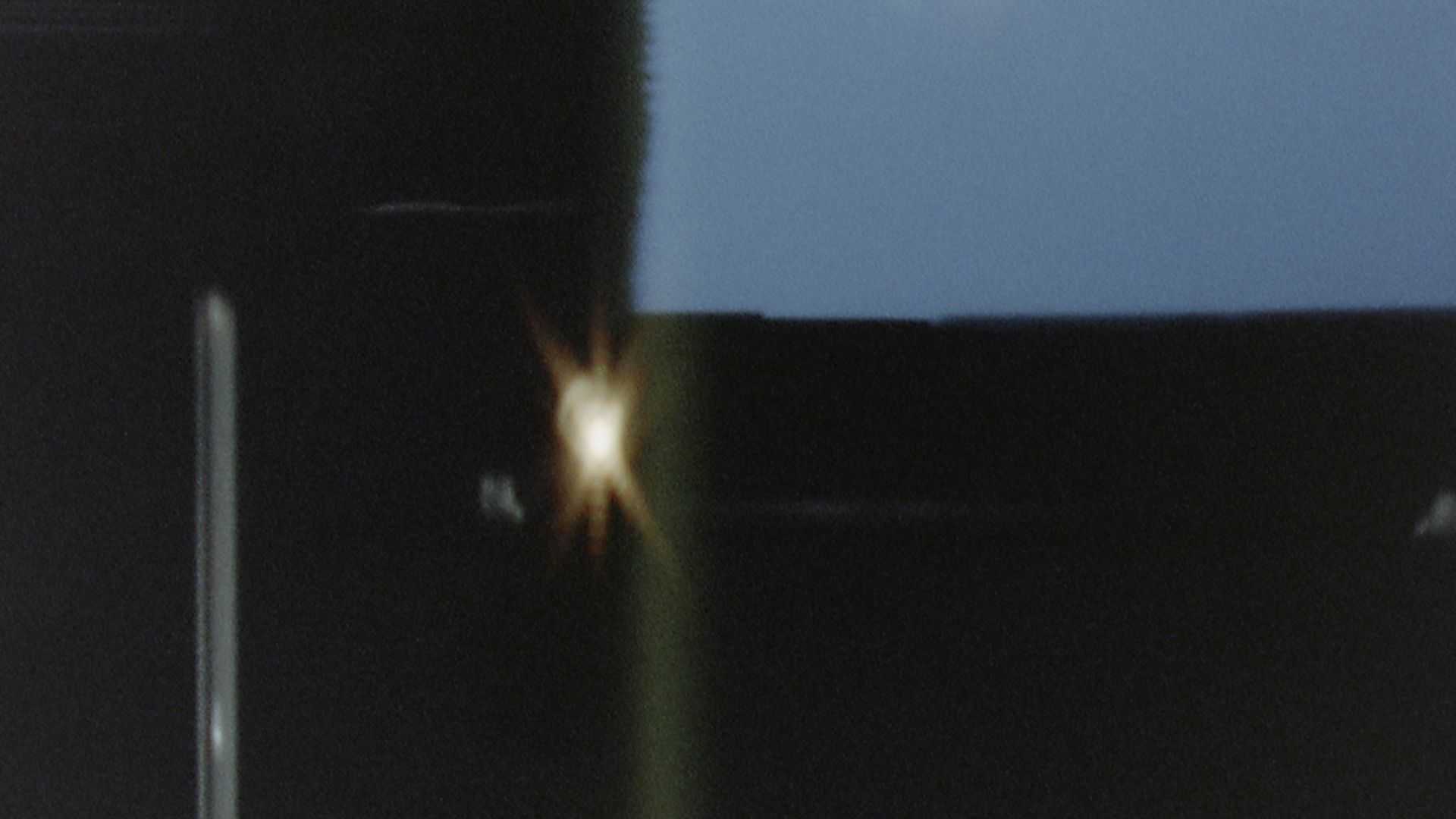 Mumok kino, designed by the artist Heimo Zobernig and the architect Michael Wallraff, contains in the same building a black box (cinema theatre) and a white cube acting as a gallery and venue for events. In its 80 seconds’ running time, Fleischmann’s film shows the path/transition between one space and another, both culturally packed with meaning. 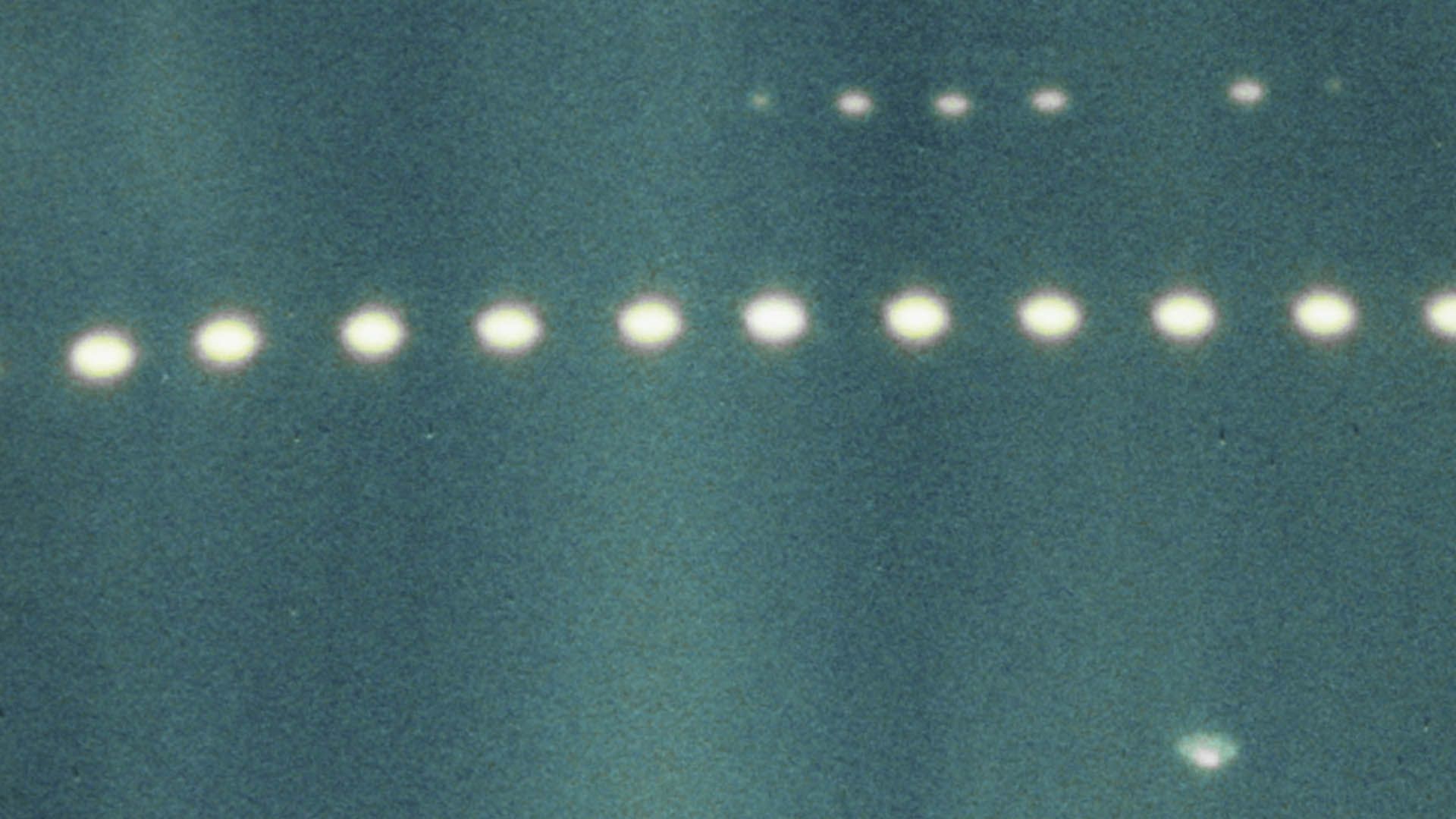 Conceived by filmmaker Peter Kubelka as a ‘viewing machine’ not supposed to distract, in which only the film being projected should “completely dictate the sensation of space”, the history of the Invisible Cinema went through several locations and appearances (with more or less ambitious set-ups, it was built in 1970 in New York City, then in Vienna in 1989 and later remodeled in that same spot in 2003), always according to the minimalistic maxim of being a completely black box, with no reflective surfaces except the screen. That same sense of visionary austerity, in which respect for an art of lights and shadows gives way to an experience of unparalleled vision, is what Fleischmann seems to have channeled as a sort of filmmaker-medium. Half phantasmagory, half blueprint in motion, The Invisible Cinema 3 is a 43-second blitzkrieg immersion into the total blackness of the building whose only diversion is marked by a series of oscillating white dots (the room lights) that parade through the frame upwards and sidewards. The result is a cold and hypnotic miniature, a tiny slice of unmediated reality that pelts its viewer with a barrage of questions about the nature of the film medium, a nature too powerful to leave the cinema unscathed. (Pablo Marin) 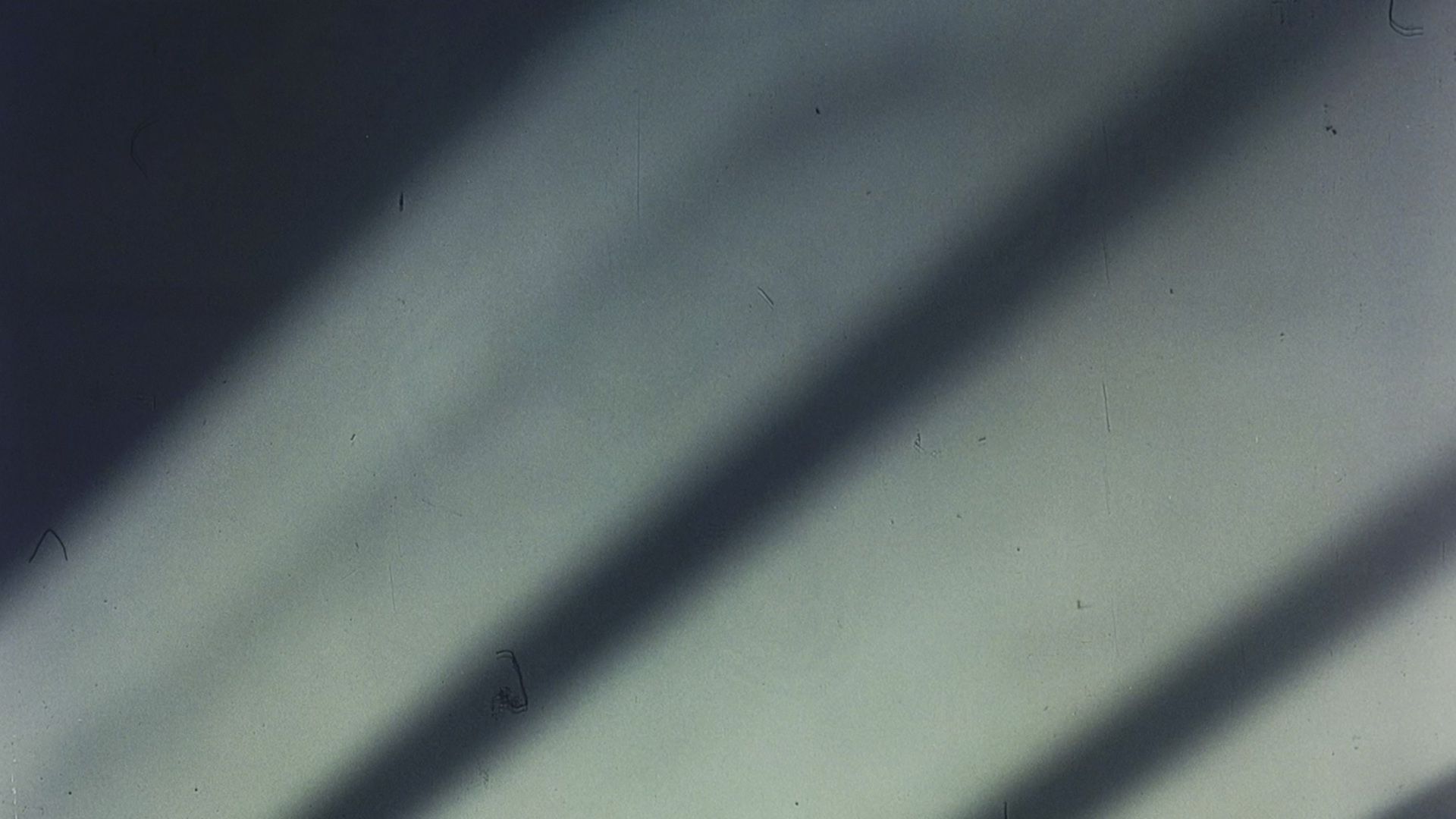 Filmed at the eponymous national pavilion at the Giardini della Biennale in Venice, this four-minute short records architect Josef Hoffman’s unique indoor-outdoor floor plan via three flat, doorway-straddling cameras and a 25-foot tall arch able to capture a near 360-degree view of the space through the manual exposure of an equivalent length strip of 35mm film placed parallel to the structure’s curvature. The result is a sort of vertically suspended survey of the pavilion and its surroundings that takes in a wide swathe of the space’s blank walls, windowed ceilings, outdoor foliage, and variegated light sources, accomplished through what appears to the naked eye to be a series of continuous, upwardly curving camera tilts. (Jordan Cronk) 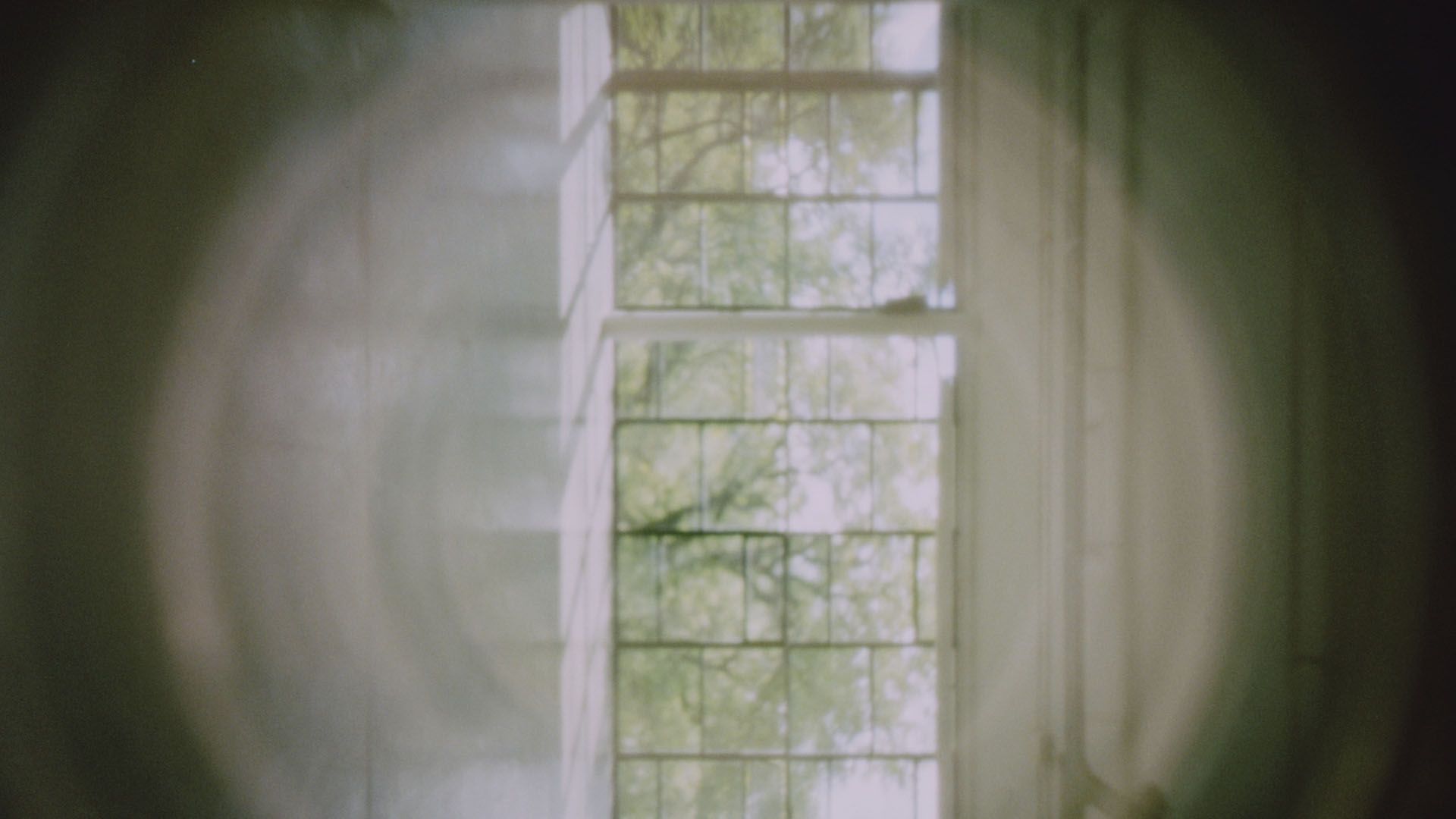 In this work commissioned for the 34th Bienal, Fleischmann responds to the architecture of the Ciccillo Matarazzo pavilion, creating his most expansive work, in which he walks the building from the ground floor, surrounded by Ibirapuera park, to its roof. (Bienal de São Paulo)

It is clear that the mechanical quality of cinema makes it a medium, like photography, that sees things the human eye cannot grasp. Nevertheless, the contexts by which it is is taken for granted that photographic and cinematographic machines produce the absolute truth are constrained by the limits of the technique and by the precepts with which it is used. In spite of technological progress, the principle has practically not changed. Only through the spheres of contemporary art and experimental cinema has the invention’s neutrality been disproven, or has an attempt been made to imagine new ways of using it to capture and transmit the world through it.

Jean-Luis Comolli in Technique and ideology takes a theoretical and historical perspective to address this matter of the camera as “a device that structures the reality of its inscription [that of cinema]”, as quoted in his essay, where he analyses different texts: “Thus, the notion of a ‘base apparatus’ (Baudry) is posited: since the camera, in effect, is the apparatus that produces the visible according to the system of monocular perspective contemporaneously governing the representation of space, it is from this angle that we must explore, for cinematic material as a whole, the perpetuation of this representative code and of the ideology which it nourishes (or replenishes). Once the key element of film-making (the camera) falls under the sway of this ideology, one struggles to see how the cinema could claim to escape from it.”

The Austrian Philipp Fleischmann has been working for a some years on the task of escaping from this representative code of cinema, in pursuit of expanding the visible as promised by machines. It is a labour that he carries out precisely stemming from the creation of “base apparatus” ad hoc. This inspiration came from his training in experimental cinema, specifically with the frame-by-frame practices of Austrian exemplaries such as Peter Kubelka, Kurt Kren and Peter Tscherkassky. This encounter with other ways of thinking about the material, specifically analogue material, went a step further by dismantling that same basic unit, the frame. In his interview with Jordan Cronk for Film Comment, Fleischmann explains: “I was eager to finally encounter this essential unit of filmmaking myself. Although when I finally had a blank filmstrip in my hands, I looked at it and wondered, ‘Where are those frames everybody is talking about?’”. The famous frames are thus a product of the camera. In his manifesto “The Analog Filmstrip”, Fleischmann speaks of this finding thus: “Industrially produced film cameras bear a variety of pre-manufactured characteristics which determine how the surrounding reality is supposed to be filmically represented. A central aspect is constituted by the division of the filmstrip into 24 frames per second, enabling a presumably neutral and continuous representation of reality upon projection. But what if this intrinsically problematic process does not meet with one’s own desire—if it is not of interest to work with the concept of reproduction, but instead intriguing to probe and explore other visual connections and manifestations?” Fleischmann later says in this same text: “It has become necessary for me to decouple the filmstrip from the traditional camera. In my view, there is a space between the polar opposites conveyed by a relatively exact mechanical reproduction of reality (camera) versus complete visual abstraction (camera-less). A space in which the politics of descriptive representation appear negotiable. Only the medium of analog film opens up this space. A space of negotiation.”

With this space for negotiation in mind, Fleischmann has produced a series of films since 2013 in which he records various spaces dedicated to the exhibition of art in this unchained film strip. To do so, he resorts to cameras that he designs and constructs himself, and which draw upon the principle of the pinhole camera (with cameras such as Paolo Gioli’s as a precedent). They are cameras that adapt to buildings, cover them in length, and give an almost abstract portrait of them. Due to the way it works, which leaves aside the traction and consecutive exposure of frames, space is transformed into time: the entire film strip absorbs space in the same instant. Nothing moves while shooting views, which is not done consecutively but simultaneously: the entire film strip is exposed at once. Both time and movement are illusions created by the film passing through the film projector. The cameras themselves are sculptures, each different depending on the place they portray.

The ideological rupture in Fleischmann’s work comes not only from this use of analogue cinema, but also from the buildings he chooses to portray. They are places like the Austrian Pavilion at the Venice Biennale and the Generali Foundation in Vienna: museum spaces that dictate how art is to be exhibited and experienced. Such are places that have seldom allowed cinema to cross their doors, and which in some way, in their secrecy and elitism, are also extensions of hegemonic modes of thought such as the patriarchy. He also puts to the test halls especially designed for viewing films, such as the Invisible Cinema 3 designed by Peter Kubelka and the Mumok Kino by the artist Heimo Zobernig and the architect Michael Wallraff. They are not neutral spaces. “I’m interested in exhibition spaces that are an ideological statement themselves. This made me think a lot about how architecture not only creates space, but how it can also be seen as a machine that directs, navigates, and shapes light—a little bit like a film camera. This relationship is something I want to explore with and throughout my films: forming light as a conscious political act.”

Fleischmann’s work also extends to installations involving representation and cinematographic material. There are various sculptural compositions constructed with projectors and devices that not only allow us to see what the projector “translates” for us, but also the film strip itself. These are possible ways for cinema to enter the gallery. In the case of the one that is part of the programme for this festival, Untitled (at large) (2020), the device that runs the film outside the projector is the same camera designed by Fleischmann to film the MACRO, the Museum of Contemporary Art of Rome. What passes through the projector and through the device is that same film.

Freed from the frame, Fleischmann’s work reaches new domains of cinematic thinking associated with its materials and devices, literally occupying and claiming spaces for cinema.