Sala (S8) Porto | Friday June 3rd | 8 p.m. | Free entry to all venues until full capacity. It will not be possible to enter the venues after the screening has started.

A temporary sculpture which exists only as long as the hands describe it, and maybe briefly afterwards as an after-image in the eye. (Amy Halpern) 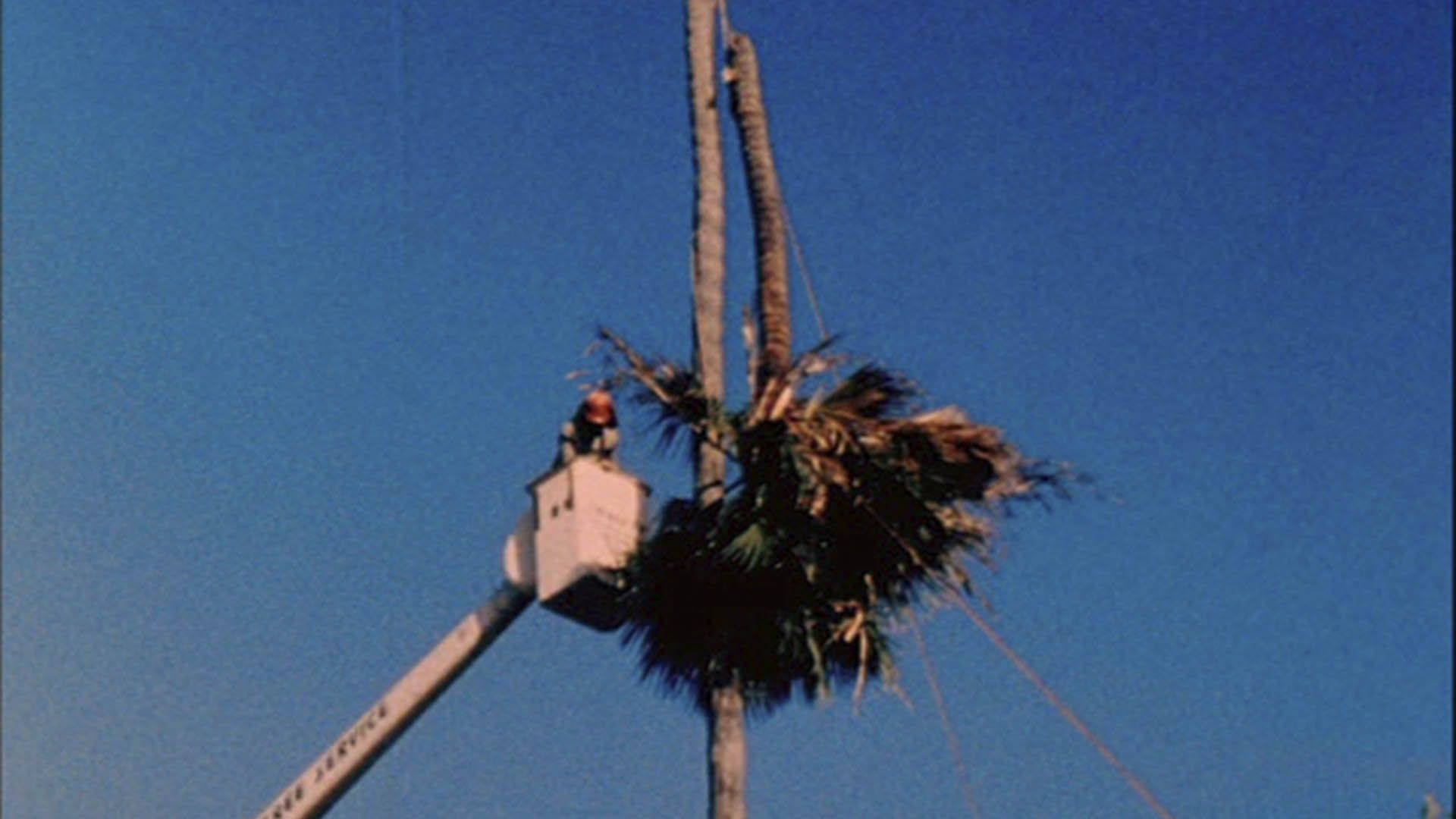 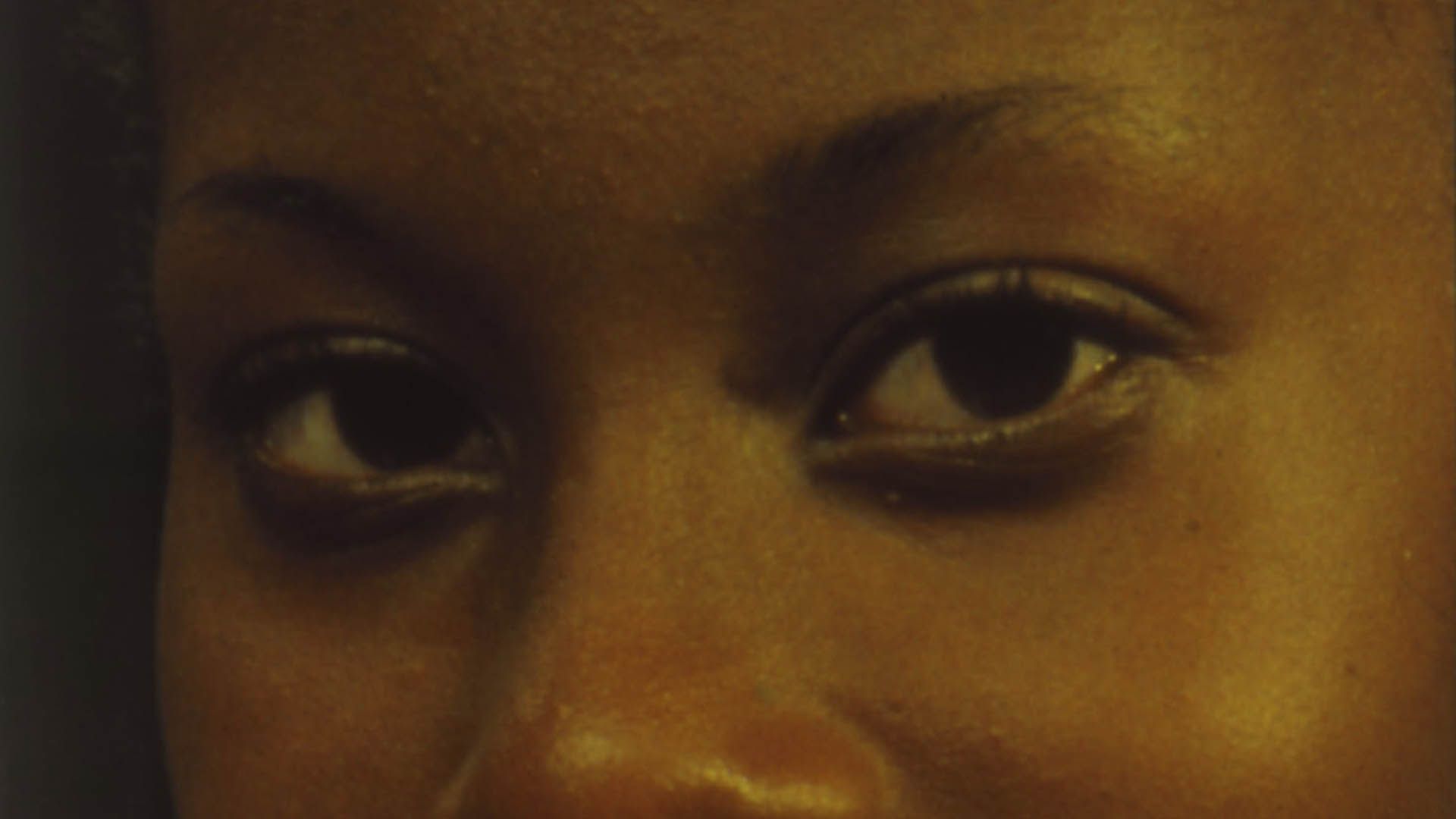 “A stunningly sensual, life-affirming experience from a major experimental film artist that is open to myriad meanings. The film is a rhythmic montage of almost 200 faces, human and animal, that Halpern pans vertically, creating a cascade of visages suggesting that while individuals express a range of emotions, they ultimately remain enigmas. The glimpses of life going on around all these faces have an unsettling, even apocalyptic quality, and the film forces you to consider living beings and their value collectively rather than selectively. Halpern’s rich, inspired mix of sounds, words and music complements her images perfectly.” (Kevin Thomas)

The Los Angeles-based filmmaker from New York, Amy Halpern, is the hand behind a bewitching and powerful group of films that harness cinema’s associative and sensory power to the utmost. Halpern, who began making films in the early seventies, uses light, the elements (substances and objects of different densities, textures and colours) and different kinds of beings in films with a special conception of framing and mise en scène, establishing powerful primary associations in the montage. There are physical sensations of all calibres covering all the senses; synaesthesia, gestures and sensuality flow together in compositions that sometimes suggest tales on the fly. It is a set in which sound (or silence) sometimes intervenes in imaginative and unexpected ways, with poetic titles adding another layer of meaning. Films in 16mm almost always concentrate on a single motif or on a carefully selected group of interconnected images. This is rooted in the symbology of such images, and in the timeless magnetism emanating from them.

Halpern began making 8mm films in 1972 and moved to Los Angeles in 1974, where she studied film at UCLA. She has alternated her own 16mm filmmaking with work on other productions in and out of Hollywood as a director of photography, lighting and in the sphere of special effects. She has also collaborated with other filmmakers, as in her participation in films like My Brother’s Wedding by Charles Burnett, The Decay of Fiction by Pat O’Neill and Illusions by Julie Dash, and in the early 1970s in Ken and Flo Jacobs’ 3D shadowplay group, the New York Apparition Theater. She has also worked alongside the likes of Shirley Clarke, Chick Strand and Barbara Hammer, and with her colleague David Lebrun on various films, as well as some of the recent light shows by the psychedelic expanded film collective Single Wing Turquoise Bird. She studied dance, an art she practised alongside Anna Sokolow and Lynda Gudde. She has also worked as an archivist, programmer and founder of the legendary Collective for Living Cinema and the Los Angeles Independent Film Oasis, and as a lecturer in cinema at the University of Southern California, UCLA and other institutions.

The programme we are presenting today covers her past and present filmography. In the first session we will see her feature film Falling Lessons, accompanied by two “appetizers”, Invocation and Palm Down. Invocation (1982) introduces us to the session by concentrating on the gestures of two hands that move, stroke us and drag us from out of the darkness. They are Halpern’s own hands (who sees the film as “a temporary sculpture in space”) inviting us into her domain. Next is Palm Down (2012), a film that proves the power of cinema based on footage of a palm tree being cut down against an implacable blue California sky. The action of inverting and seeing the action in its simplicity demonstrates the potentials of the matter we are dealing with. Falling Lessons, a feature film that she finished in 1992 after years of work (both on the images and the soundtrack) is a work that is as mysterious as it is disturbing. The film is constructed via vertical panoramas, in an incessant upward movement inducing a specific psychological state. Colours and gestures articulate this ascent. These panoramas not only pass by landscapes and animals, but also the faces of people who look at the camera, questioning the audience and establishing a certain physical intimacy with them. There are all kinds of people: some calm, others with cryptic expressions, yet others with hurt, indignant looks, all demanding a reaction. Others surprise us, others smile. There are bodies in different states, skins transmitting their heat and pulses, moving or staying still. A sequence runs throughout the film: it is the mise en scène of an action of police violence against two black people. The sound drives all of this to an unearthly level. It is an out-of-sync sound collage, with various atmospheric sounds and sudden musical explosions, which sometimes links to the images through unexpected playbacks of the faces filmed with sounds from movies or other voiceovers. It is a film that shakes our indifference by appealing to our body, in a possibility not yet sufficiently explored by cinema: that political awareness comes directly from our senses, that viscerality leads to action based on an instinctive connection with what is human. It is certainly worth mentioning here two of the quotes that Halpern includes in the information about the film on her website: Ornette Coleman, with whom she had a powerful encounter, says: “A healing film… All the people in it seem naked.” Chick Strand, a close friend and fellow filmmaker (Halpern is one of the women in Soft Fiction), says it is “the strangest film I’ve ever seen.”

The second session, which the filmmaker has named Verge, presents a series of films finished before and during the pandemic. Many of them will be seen for the first time in the world here. Most are unique images and gestures, like 16mm miniatures: a curtain moving in the breeze; the lights projected by trees pierced by the sun; portraits of people, like her mother, and Jane Wodening (AKA Jane Brakhage). There are atavistic actions that unite us with the entire history of human civilization. In short, it is a look inside a particular cinematographic and symbolic universe, that of an artist who should be on any hypothetical list of the most influential filmmakers of recent decades, if only we had been aware of her films earlier.